Be More Than An Adjective

Be More Than An Adjective

Pretty is as pretty does. Do you remember that bit of instruction from your childhood? I know it had quite the impact on me. Sure, I still want people to say I'm pretty because I look pretty, but I try to keep that desire beneath the desire to be pretty in my spirit. With age, and with accumulated weight I didn't have in the years I felt the prettiest on the outside, it has become even more important.

Some years ago, I was playing a grammar game with fill-in-the-blank words, and I was trying to come up with some more creative adjectives--words that describe a noun. All of a sudden, it hit me that the whole world seems to be concerned with BEING an adjective instead of actually being something. We look at each other as skinny or fat, short or tall, young or old, etc. We judge ourselves and each other based on whether our friends say we are cool or awesome or smart. Most of our adjectives are opinions based on outward appearances rather than descriptions based on who we actually are or what we do in our lives.

So, when they said to create a lens for the letter "A" (though I'm past the deadline on that now due to some argumentative software as I tried to make the initial image--well, and my tendency to do things at the last minute), my first thought was about adjectives. I put a few "colorful" adjectives in the image, and I'll list more as I create and update this lens.

The Problem with Adjectives

Too many of them are subjective.

Every adjective does not mean the same thing to every person. For example, the word "bad" always used to mean the opposite of good. In my early twenties, however, everyone wanted to be bad, because suddenly bad was the ultimate good. I'm sure at sometime in history, cool only meant almost cold, but in researching for my historical novel, I found that cool was used to describe a person who had it all together at least as far back as the early 1900s. I'm certain you can think of other words where the meanings have changed to go along with current culture.

Beauty is a truly subjective word. It plays out its opinions in the hearts of humans gazing in mirrors or as they model before others, and it argues its value in art collections and museums around the world. Beautiful words may even declare beauty just before someone declares those same words to be nonsensical. (How's that for a fun adjective?)

Some Quotes on Beauty:

~ Beauty is altogether in the eye of the beholder. ~Lew Wallace

~ Everything has beauty, but not everyone sees it. ~Confucius

~ Beauty is a short-lived tyranny. ~Socrates

~ Love is the beauty of the soul. ~Saint Augustine

I challenge you to encourage yourself, your children, and any others you may know to be more than an adjective. It's about doing more than being.

Example: The integrity of earning your way is far more important than people thinking you look good with that pair of stolen, name-brand sneakers.

Adjectives vs. Verbs - Or, adjectives based on a verb.

Not all adjectives are just descriptions of outward appearances. Some, what I consider the good ones, are based on actions (verbs) and can actually say something about you as a person. So, how would you rather be judged: by an adjectives that only account for your outward appearance, or by an adjective that is based on some action you take in your life? For example, is it more important for people to think you're beautiful/handsome or creative? Tall or wise? Famous or generous?

Amazon Results for Adjectives and Integrity - And maybe a few more about morals and values.

Tried using the automatic, but didn't generate anything. So, here are a few goodies I've found using the search terms in the title boxes.

Hairy, Scary, Ordinary: What Is an Adjective? (Words Are CATegorical ®)
Just 'cause it says it's for kids doesn't mean adults can't use it as a fun way to learn the basics.
Buy Now

When You Catch an Adjective, Kill It: The Parts of Speech, for Better And/Or Worse
This one sounds like a lot of fun to read. The title is from a quote by Mark Twain.
Buy Now

What Do You Think of Me? Why Do I Care?: Answers to the Big Questions of Life
This title really seems to echo the point of my lens. I haven't read it, but I looked at the table of contents, and it looks interesting.
Buy Now 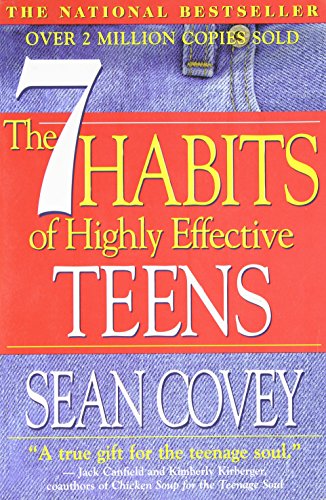 The 7 Habits of Highly Effective Teens: The Ultimate Teenage Success Guide
I haven't read this version, but I imagine it's the same great information as the author's father put together though written for teens.
Buy Now