The magic of language

They were three and four years old respectively when I became really fascinated by their language skills. These were my daughters and they were the stars of the show in our family. Even friends and neighbours would listen on in delight as they slipped easily from English to Spanish at a turn of their heads, depending on whom they were addressing at the time; in Spanish to their Spanish father, their Spanish grandparents and school-friends: in English to me, their English aunt and cousins and an English friend who had come to stay the weekend.

The girls were born in Spain, to a Spanish father and to me, their British mother ,so it was only natural they would be brought up in a bilingual environment. As a language teacher myself, I was very aware of their language development as they were growing up and I remember that before they even started Spanish school they were chattering away in either language easily.

The strange thing was, as soon as anyone asked them to "Say something in Spanish", they would look at each other puzzled and stop talking altogether, not understanding the concept between the two languages yet.They would never respond to that request which was quite uncomfortable and annoying to them. The fact was they chose which language they spoke depending purely on whom they were addressing, not consciously aware they were speaking in two different "languages". 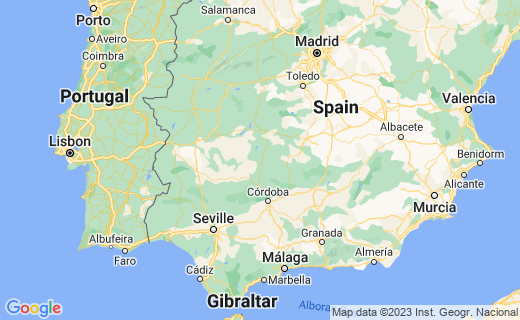 Those girls were such copy-cats! They had learnt, subconsciously that Papá-Daddy/Abuelo-Grandad/Abuela-Grandma, would only speak and respond to their needs in a certain way, so they copied it: (that happened to be Spanish but they were not really aware of that). They had also learnt that their aunt/cousins/and myself would always speak and respond to thier needs making different noises, so they copied them. The best way to describe their linguistic behaviour would be to compare it with the choice of tools necessary to carry out a job in the garden or a job in the kitchen. For the former you would choose a spade/rake/garden gloves and for the latter, a frying pan, cooking oil and oven gloves. Their language choice was simply the best efficient tool (right language) for the job in hand (communication).

My daughters enjoying Spanish tradition and culture in Andalucía, Spain

You must try these

During their early childhood they watched the Spanish version of 'Sesame Street' (Barrio Sésamo) on Spanish TV which in my opinion contributed positively to their language skills in a really educational way. They also enjoyed watching 'Los mundos de Yupi' (Yupi's World) in which Yupi was a giant friendly pink (!) hedgehog, of all things, who also led the children down a beautifully educational road paved with music, song, letters and numbers, often littered with lessons in manners and social skills.

My girls began their formal education at Spanish nursery, then Spanish Primary school, with no other English speakers among their class-mates. This was a time when Spanish overtook English in their minds, so at home we stepped up the English input by dealing in domestic areas in English. The most rewarding moments were spent during their bed-time routine, which was bath-time, followed by traditional bed-time stories, read to them in English by me. All children love stories (especially bed-time stories when they know they can have " just one more please Mammy!" - I now wonder whether it was their interest improving their English comprehension skills that spurred them on to always squeeze two or three stories out of an exhausted mum at the end of the day, or was it simply a universal child's desire to postpone the dreaded moment of having to go to sleep!!) Whatever the reason, it was wonderful for their language and is a routine to be established and cherished in all homes with children,whether for language reasons or not.

After this stage, they joined the English International schools on the Costa del Sol in Spain. During the first few years of their formal education, they scored somewhat lower in English reading and writing levels in both English and Spanish than other English mono-lingual children in the class. Yet ther oral and listening skills were as all others in the class. This was completely normal as bilingual students. The reading and writing levels become 'diluted' at first as children come to terms with and start sorting out the formal structure of language and is just a small hiccup for these children who will have the ability for learning even other languages more easily than most in the future.

I have seen the 'advantages of bilingualism' theory proven in my own home. The girls have since excelled in French and have gone on to university education in both languages: they have been able to choose between degree courses in which the language of instruction was not an issue. They have had the opportunity to choose between courses offered either in English or Spanish, and so have widened their educational and therefore work opportunities immensely.

Yet most importantly they are able to communicate at a native-speaker level with two peoples, two cultures. Their bilingualism has also led to their 'bi-culturism' and has opened thieir minds to the international world of today. Their friends are Spanish, British, French, Irish, Columbian, Chilean, Portuguese, Russian, Lebanese, Scandanavian, etc. I am so happy to have been able to provide them with the tools to participate fully on an international scene and to understand that language and communication can bring down otherwise insurmountable obstacles.

Get their language skills going as soon as possible. They will thank you for it in the future!

There are many suitable children's videos and language learning courses.

Try and get a hold of Barrio Sésamo (Sesame Street)-Also very useful for adult beginners! Read read and read to them. Children's fairy tales with lots of colourful illustrations.. Children need to see lots of pictures and colours while they are listening otherwise they lose interest quickly.