The prophetess Joanna Southcott was a woman of humble birth, and yet she became a figure of national prominence during her own lifetime. This, in itself, was a remarkable achievement, but Joanna’s significance runs much deeper. Her story exposes a paradox; namely, that a society born of the Age of Reason was permeated with irrational beliefs and superstitions. A study of Joanna’s life, within the context of the Industrial Revolution, can, to an extent, explain this paradox.

The details of Joanna Southcott’s life are quite well known, mainly because she left a copious written legacy.[1] Her works often contain autobiographical passages; pieced together, they form a reasonably clear picture of her earlier years.[2] Joanna was born in April 1750 at Tarford (or Taleford) in Devon, and baptised on 6th June 1750 at the parish church of Ottery St Mary. She was raised in the village of Gittisham, on the small family-run farm. Her parents, William and Hannah, were members of the established church; they ensured Joanna had a religious upbringing, requiring her to read a chapter of the Bible each day. The Scriptures had a profound influence on Joanna, which increased, until a ‘strong religious bias…almost took entire possession of her mind’.[3] Her devout mother’s dying blessing left a deep impression, causing her ‘…to rejoice in the God of my salvation, and…to have a lively and strong faith in the Lord.’[4] Joanna’s relationship with her parents was ‘close but strained’, and it is suggested that her father thought her too religious.[5] Another possible cause of strife was Joanna’s inability to find a husband.[6] She formed numerous relationships, but none ended in marriage, possibly because Joanna was both ‘fascinated and repelled by sexual love’, and because her manner caused some to regard her as ‘mad’ even before her prophesying began.[7]

Economic necessity led Joanna to take employment as a domestic servant and upholstress in Exeter. It has been said of these years that ‘Her character was blameless and her service faithful’.[8] The significant feature of this period was Joanna’s encounter with the evangelical fervour of Methodism.[9] Joanna continued to attend Sunday services in the Anglican cathedral, but also made time to attend Methodist class meetings held in the city. It appears that she impressed the members with her spirituality.[10] She did not join though, despite being ‘much invited to do so.’[11] In 1792, however, Joanna was ordered ‘by divine command’ to join the Wesleyans. Aged forty-two, she confronted them with her view that she had ‘been providentially sent ’ to Exeter on a divine mission. This did not go down well.[12] In emotional turmoil as a result of this rejection, Joanna, began to receive repeated visitations from the Holy Spirit: ‘I was strangely visited, by day and night, concerning what was coming upon the whole earth. I was then ordered to set it down in writing.’[13]

Joanna’s life was at a crossroads. Her sister cautioned against publicity and questioned the validity of her predictions, prompting Joanna to date and seal them until the predicted event took place.[14] However, a number of local people including her employer, Lucy Taylor, were impressed with Joanna’s gift and encouraged her in her prophesying.[15] England had a ‘recognisable tradition’ of visionaries and wise women, especially in the more remote areas, and Joanna could have settled into this role.[16] However, believing God had chosen her for higher things, she felt compelled to fulfill her mission. This is not to say that Joanna had no doubts about her calling; throughout her remaining years, Joanna was troubled with the thought that it was the Devil speaking to her rather than the Holy Spirit.[17] Her self-doubt reflects an integrity and honesty in Joanna’s writing that undermines detractors’ portraits of a manipulative fraud.[18] In her desire for reassurance and credibility after breaking with the Wesleyans, Joanna approached local Anglican clerics but met with little success.[19] Her following remained small and localised.

Joanna’s prophesies covered common themes: the weather, harvests, and the course of the war with France; many were vague enough to be easily applied to events.[20] Among the credulous, Joanna’s perceived successes ‘gave weight to her religious claims’[21] which were millenarian in nature. Joanna foretold the Second Coming of Christ as laid out in the New Testament Revelation of John. Such themes often came to prominence in times of social, political and religious upheaval; this was true of sixteenth century Anabaptism and the dissenting sects of the English Revolution; it was also true of the movement built around Joanna Southcott.[22]

Joanna’s decision (divinely inspired of course) to put her words into print was momentous. By publishing The Strange Effects of Faith in 1801, her millenarian predictions became accessible to the tumultuous, explosive England of the Industrial Revolution and the Napoleonic Wars.[23] Many viewed the events of this period with confusion and foreboding; Karl Marx famously described this period of ‘uninterrupted disturbance of all social conditions, everlasting uncertainty and agitation,’ a time when ‘All that is solid melts into air, all that is holy is profaned.’[24] A population raised on the teachings of the Bible could not fail to see such upheavals as evidence for the accuracy of the Book of Revelation. In this ‘climate of expectant frenzy’[25] Joanna’s ‘little pamphlets were truly bread cast upon the waters.’[26] Such a context makes Joanna’s subsequent popularity a good deal less paradoxical.

Seven influential men who had been followers of Richard Brothers adopted Joanna’s cause after 1801.[27] Her ‘seven stars’ energetically set about ‘promoting Joanna’s mission.’ A move to London changed her life beyond recognition; her subsequent publications sold well and wealthy people provided for her, ‘deferred to her and followed her instructions.’[28] Around this time Joanna began her campaign to ‘seal’ the Elect (the 144,000 people supposedly ordained to live with Christ for eternity). Each was conferred with a guarantee of eternal life, signed by Joanna and sealed with wax. Joanna’s seal was allegedly found providentially years before in the house of an employer, though some believe a credulous supporter passed it on to Joanna, ignorantly believing the inscription I.C. to be the initials of Jesus Christ.[29] It was widely (but incorrectly) suggested that Joanna charged money for these seals.[30] The practice stopped for a time in 1807 when Mary Bateman, one of the righteous few, was hanged for poisoning; though it later resumed with more rigorous conditions attached.[31] By Joanna’s death in 1814 around 20,000 believers had been sealed, though it has been claimed that she had over 100,000 supporters in London alone.[32]

Joanna has been claimed as an early feminist with some justification;[33] she was a lower class spinster leading a mass movement;[34] and Southcottian membership lists show a ‘preponderance of women, who outnumbered men 63% to 36%.’[35] Joanna regarded herself as the woman mentioned in Revelation, the avenger of Eve and the Virgin Mary: ‘It is just and right, Satan, that thou shouldst feel the weight of the woman’s wrath and indignation against thee, who seekest her ruin from the first…Thou serpent to the woman, her woes of sorrow must now come on thee.’[36] As J.F.C. Harrison points out, ‘Socially, the doctrine of the woman was a form of feminism: for she sought to redress the balance of guilt brought by the original Fall…’[37] It is questionable though whether Joanna’s movement advanced the cause of women in any meaningful sense. Apart from Joanna herself, middle class men dominated the leadership. After her death, George Turner and the notorious John Wroe came to lead the movement; neither figure is remembered for his services to womankind.[38] Also, the irrationality of her movement, and its large female following, could be used by hostile men to illustrate the feeble, credulous nature of the female mind.[39]

In 1803 Joanna embarked on a tour of England, sometimes drawing large crowds. Despite being a poor public speaker, her humble appearance and manner helped to convince some of her authenticity, and the movement grew in the provinces.[40] This fervour eventually died down; but was to revive some years later in spectacular fashion. In 1814, Joanna declared to the world that (aged sixty-four) she was pregnant with Shiloh, an obscure figure from the bible whose birth was a prelude to the Second Coming of Christ. Supporters and detractors alike were thrown into a frenzy. Opponents subjected Joanna to ‘ the most virulent and malicious abuse;’[41] while her followers donated presents and subscribed for the construction of a magnificent crib. Outwardly, Joanna showed clear signs of pregnancy; clear enough to persuade a number of physicians of the possibility.[42] However, when the predicted birth date came and Shiloh did not appear, Joanna became concerned that she had been deluded all along. Devastated by this failure, she died on 17th December 1814. Her followers refused to give up hope; they kept her corpse warm for four days, expecting a miracle. Joanna’s autopsy, carried out in full view of her closest disciples, who puffed ‘their pipes to obliterate the smell of putrefaction,’ found no child, and, apparently, no clear cause of death. [43] Joanna Southcott’s sad end was a bitter blow to the millenarian cause in England. Although the movement has lived on in various forms to the present day, it was never able to seize the popular imagination in the way Joanna did.

A contemporary dismissed Joanna Southcott’s writings as ‘the witless efflorescences of a distracted old woman.’[44] Modern historians have been more sympathetic, because this ‘descendent of Bunyan in the period of Blake’[45] poses many important questions. Within the scope of a short biography these cannot be adequately analysed. Other studies have highlighted important debates, especially those concerning the psychological and sociological aspects of the Southcottians and their leader.[46] Further analysis of this intriguing subject could be a valuable aid to a greater understanding of the persistent appeal of irrational theories and movements in the modern world, and the fragility of reason when faced with crisis and upheaval.

[6] For a well-known contemporary example of the dread with which rural families anticipated spinsterhood, see Jane Austin, Pride & Prejudice, Penguin, 1994.

[7] Capp, op. cit.; Dictionary, op.cit., p.686; Joanna did marry in much later life to ensure the legitimacy of the expected Shiloh, the product supposedly of an immaculate conception.

[34] Joanna was not unique, female prophets were a ‘persistent heresy within millenarian sects in the late eighteenth & early nineteenth centuries’, see ibid. , p.161.

[46] James K. Hopkins, A Woman to Deliver Her People, Joanna Southcott & English Millenarianism in an Era of Revolution, Austin, 1982. 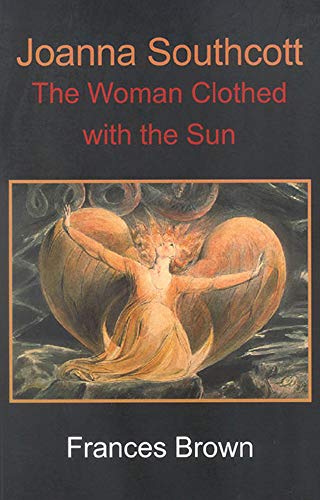 Joanna Southcott: The Woman Clothed with the Sun
Buy Now