Forests and Woodlands of England

The New Forest, Hampshire, England was created as a royal forest by William I c1079.

However, while there I also took the opportunity to video the most magnificent but rather noisy Black Headed Gulls.

With its wildlife and natural habitat over half of the New Forest has been designated a 'Site of Special Scientific Interest (SSSI). The National Park, the largest remaining area of unspoilt natural vegetation in Britain, is conserved and enhanced by the New Forest National Park Authority who aim to promote education and enjoyment of this area of outstanding beauty with all its wildlife and heritage.

The New Forest, looking at the maps, covers an area of over 200 square miles of which about 90 square miles are woodland (a third having been re-established in the last 200 years) and about 60 square miles is heathland, grassland and wetland. I'm not sure what the other 50 square miles is but with its natural beauty and diversity of wildlife the New Forest is well worth a visit on a fine summer's day.

This article, based on our day trip to the New Forest, is a showcase and brief overview of this area of outstanding natural beauty with a glimpse of some of the wildlife which we seen while there. Namely, the Black headed gulls nosily feeding as we were enjoying a picnic and the New Forest Ponies filmed by me on our daytrip to this most wonderful historic forest.

For background info, as well as highlighting the Ponies and Black Headed Gulls of the New Forest, I also give a brief summary of the history and origin of the New Forest and other forests in the British Isles.

Forests and Chases of England and Wales c.1500-c.1850
Since Medieval Times in England Common Land was land that Commoners, or ordinary people, had free access to and where they could freely graze their sheep; the village green normally being common land. Separate to this was land protected by forest law, a bounded area of land defined by royal charter giving royalty and aristocrats hunting privileges but prohibiting commoners from poaching. These forests, protected by forest laws and customs, continued into the Victorian era, and some like the New Forest, owned by the Crown and managed by the Forestry Commission, still exist today. This book investigates the survival of these forests and how they are managed today.
Buy Now 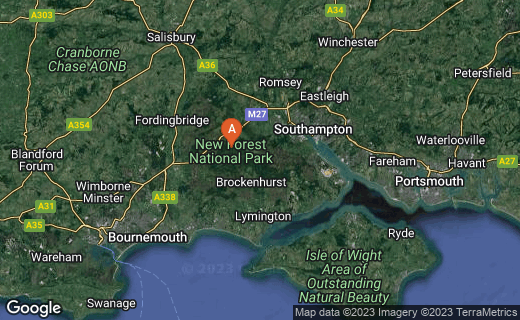 Spending a few hours relaxing in the New Forest on a sunny day and seeing the wildlife makes for a pleasant leisurely day out.

The Black headed gulls are part of the gull family but not a seagull, and their black heads are not quite black, more of a very dark brown or grey which they lose during the winter months having just mainly white heads. These birds, native to Britain, are also common throughout the rest of Europe, Asia and parts of Canada. Most of the population migrate south during the winter months, which in Britain is Southern Ireland and Southern England. These rather noisy birds breed in colonies on the ground in marshes, reed beds or on islands in lakes.

In the New Forest, Hampshire, England

Black headed gulls filmed by me in the New Forest one summer while we were having a picnic before we made our way to see the famous New Forest horses.

One sunny summer’s day, during our day trip to the New Forest (famous for its ponies) I videoed these New Forest ponies shortly after we had our picnic and filmed the black headed gulls.

An Overview of the History of Forests in Britain

After the end of the last ice age Britain quickly became forested. Over 8,000 years ago when Stone Age humans arrived in Britain the whole country was covered in forests; but from the Bronze Age, when humans switched from 'hunter gatherer' to farming, we began clearing the forests for agriculture and over the last 6,000 years have deforested the country so that today the New Forest is one of the few, and the largest, remaining areas of natural forest in this country.

The Name 'New Forest' is perhaps a little misleading in that the forest is over 12,000 years old and was formed when deciduous trees such as oak and beech (now native to England) began to grow and colonise the country at the end of the last ice age. The forest was originally known as the 'Great Ytene Forest (forest of the Jutes), the Jutes occupying this part of the country (Hampshire) at the same time as the Angles and Saxons occupied other parts of England after the withdrawal of the Romans in the 5th Century. In the 'Doomsday Book' of 1086 the forest was called 'Nova Foresta'. The word 'New' in Forest comes from when in about 1079 William I created it as a 'royal forest' by clearing over 20 settlements in the area.

When speaking with Americans most have this vision that because Britain is a small island with a high population that it’s overcrowded and cramped. Americans I’ve spoken with seem to view Britain from their own perspective of urban sprawl; where land is limited and the only way to build for increasing housing demand is up (sky scrapers) and out (building into the surrounding countryside until neighbouring urban settlements merge).

American’s perception of Britain is no great surprise when you look at the data and see that in the UK the population is 694 people per square mile (July 2015), compared with the USA where its only 85 persons per square mile (one eighth).

In fact 93% of England is countryside, and even within the urban areas in the UK (including London) 54% of land is green.

The big difference between Britain and America, which Americans I’ve spoken with don’t seem to be able to grasp, is that we have a different attitude to green space. In the UK we’ve had the ‘Green Belt’ policy since the 2nd world war which prevents urban spread e.g. a large band of green land surrounding each town and city where development is prohibited. The green belt is designed specifically to prevent urban sprawl.

Also, British people don’t like living in tower blocks; we much prefer our two storey brick built homes with its own personal back garden.

Your Vote on the New Forest

Have you visited this Area of Outstanding Natural Beauty, if so did you enjoy the visit and would you go again or would you prefer to spend your time in other ways; and if you haven’t seen this most beautiful natural attraction would you like the opportunity.

Have you ever or would you like to visit the New Forest?