Back to School Angel Bus Trip ~ Plus Super Quizzes & Polls

All Aboard! Let's Go Angels!

Do you like field trips? Having an out of class activity for my students was a favorite for my classes. But can I tell you a secret? It was one of my favorite things to do, and still is.

Whenever I get the chance to pop off on a little excursion I quickly grab the offer. That's why when the squid angels were told they were going on a bus trip it didn't take me long to get on board.

There was so much to see and do. Plus I gathered over 30 fresh fall ideas for me to try at home and in the classroom.  Sounds like fun doesn't it?

Would you like to see where I went on my angel outing? Well, hop on the bus and we'll get going. You never know what you'll see on an angel back to school bus ride.  Don't forget: You can have even more fun by taking the super quiz and polls.

Copyrighted Material by favored1. Do not copy.

Photo credit by Amazon or favored1 unless otherwise noted. This artwork is licensed under the Creative Commons Attribution-ShareAlike 3.0 License.

The Squid Angels Epic Back To School Bus Trip Quest: The Sequel

They said it would be more fun than we've had since the 7th Grade!

It was official, and permission slips were given to ride the angel bus to a place yet to be discovered. I'm not sure which one was the tour guide or driver, but both Robin and Bonnie were planning this field trip.

We were given instruction to pack a lunch, bring along a notebook, pen and paper then board the big yellow bus with Bonnie and the other angels who would be going along for this particular outing. Bonnie said she would bring the juice boxes and Robin would provide the cupcake snack, but I guess they forgot because I never got any. Maybe they just got confused with all the stops we had to make that they left them somewhere.

All the rules of the bus were given for the official back to school bus ride, and I suppose it was good they were too. Someone almost had to walk home for un-angel-like behavior. We don't know who it was though.

Our assignment could include any topic as long as it fell into the "fall" season category. We needed to be on the lookout for fall holidays, celebrations, decorations, recipes, crafts and even fall weddings.

For an entire week we hopped on and off the angel bus over 20 times, traveling to fun fall places leaving colorful blessings wherever we went. By the time we arrived back at Squidville we had collected hundreds of lenses to boast about in the lobby where we posted our favorites. A select group would be getting a purple star.

Our bus trip turned out to be a success, because Bonnie gave us an A+ with added blessings. She even said the A was for Amazing Angel lenses. Take a look at some of the great fall places I visited on my angel back to school bus trip.

Poll: Have you fallen for autumn?

What is your favorite part of the fall season?

Where Exactly Do Angels Go on A Bus Trip? - Watch on You Tube by Clicking on the screen.

The Trouble with Angels is a 1966 comedy film about the adventures of two girls in an all-girls Catholic school run by nuns.

Read more about this film here:

The Trouble with Angels
If you have ever taught high school, you will appreciate this movie. Full of fun and spunk.
Buy Now

But it didn't stop there: Angels Kept Moving

Where Angels Go, Trouble Follows is the 1968 American comedy film sequel to The Trouble with Angels. Once again the "angels" find themselves in a mass of trouble as they take a bus trip across the USA.

Find out more about the movie here: http://en.wikipedia.org/wiki/Where_Angels_Go,_Trouble_Follows 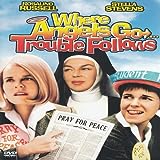 Have you ever seen Where Angels Go Trouble Follows?

To get in the mood,

fun was first on the road trip.

Easy Decorating Ideas for the Family - Really good ideas the whole family can do.

Photographic print of a 19th century horse bus in service during

Going to our next destination there were lots of beautiful foliage and places to visit.

Of course with every field trip,

there is a main goal ~ learning.

First of its kind: a glass art pumpkin autumn harvest tabletop centerpiece with light. Has a Mahogany-finished base with plaque.

STOPPING to SMELL the ROSES.

Well, not really, but saw some neat things I could do to spruce up my

yard and home this fall. 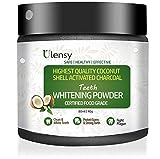 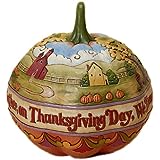 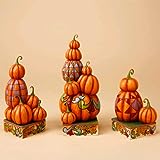 Do you decorate for the fall?

In between points of interest there

is a need to be refreshed and get sustenance. It's chow time!

NO STOPPING US NOW

During the trip there were celebrations going on all over the place. Some would last for months.

Went to a few weddings too. What friendly people.

Do you know someone that had a fall wedding?

Learn About Riding the School Bus - Rules & Safety are very important. Preview these and show them to your children.

What fun. So many places to see, people to meet, food to eat and

Poll: Do you color?

Do you find coloring relaxing for children as well as adults?

Where Angels Go ~ Does Trouble Follow? - Come along and see.

How'd They Build That? School Bus - Did you look at the short clip of this DVD above this section?

We've riden on them, watched them scurry about town, but have never seen how they are built.  The school bus is one of the most visible vehicles on the road.  Now you can watch how they are built in a Tulsa, Oklahoma plant in the United States that is over a mile long.

Did you enjoy riding the school bus?

This week's challenge on my: Daily Favor Blog