Don't believe everything you hear

For most people, earthquakes are scary. For some, they would be fun if there weren't things to fall down. For all of us, earthquakes can't be predicted so they remain something that is always in the back of our minds. I thought I would share some of my experiences, myths, and some safety tips.

Living through an earthquake - This is a sight I remember well

USGS is my favorite site. If you live in Southern California, it is important to know instantly where the earthquake you just felt is located and what the magnitude happens to be.

Southern California has four seasons. There is winter, summer, fire and earthquake. Earthquake season is sometimes referred to as "Shake and Bake", because to those of us who grew up here, earthquakes seem to be more prevalent when it is hot. Cal Tech will tell you otherwise but no one is surprised when there is an earthquake during a heat wave. If you live here, you will live through earthquakes but no matter your age, you never forget the first one.

On July 21, 1952, there was an earthquake in Kern County, CA, just before 5:00 am Pacific Time. It was named for the county because it was felt over 160,000 miles. The main shock was a magnitude 7.5. There was damage as far as Las Vegas, NV and a building damaged in San Diego, CA.

The earthquake caused major property damage and killed 12 people. It caused significant damage to the ground as well and for many years the damage was visible as you drove North on Highway 99, now Highway 5. There were major aftershocks on the date. One measured 6.4. These caused additional damage.

What is not visible is the fear that it created in the children. We lived in Bakersfield, CA. I was three-years-old. Do not let anyone tell you that a child of that age does not remember major events. I have very clear memories of standing in the hallway. My mother said that she was holding me and my dad was holding my baby brother. It was the topic of conversation for many years because I remember standing on the floor. Eventually, my dad said that my mother did set me down. We were standing in a line, my dad in front, my mother and then me. The hall was long and we were standing close to the front room, next to the wall heater.

Although I cannot describe the sound of bricks falling, I could identify the sound if I heard it again. The library down the street lost the brick facade. Thank goodness, we were in a wood framed house. The wood shifting was loud and we could hear the plaster walls cracking.

On August 22, 1952, there was an aftershock at 3:41 pm Pacific Time. It was centered closer to Bakersfield. The magnitude was 5.8. The magnitude does not matter when you are three. My brother cried every time there was an aftershock. What matters is that you feel that your world is not safe. The ground should not move. The aftershock killed an additional two people. There was more damage to downtown Bakersfield. Given that there were more than 18 aftershocks of 5.0 or greater, many structures were already weakened.

We moved to Los Angeles shortly after the earthquake. The shifting of the ground stirred up the dust and many people developed San Joaquin Fever. My dad was one of them. The fever, also known as Valley fever, is a fungus that grows in arid soil. Earthquakes disturb the soil and the spores become airborne.

I have lived through every earthquake in Southern California. I feel earthquakes my family does not and always pull up the USGS (U.S. Geological Survey) site to prove that I am not crazy. Because I have always lived here, I think that it is important to be prepared. I may be overzealous in my earthquake preparations but have discovered that at the start of any earthquake, I am back to being a three-years-old. Intellectually, I understand what is happening but emotionally, I will always be the frightened child. 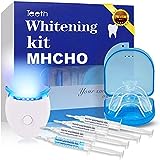 Cell Phones Accessories cable Auxiliary Audio Cable for Headphones
I didn't know this was out there. I am getting it for camping but also for emergency use. What a great idea!!!!!
Buy Now

Shake Flashlight Magnetic Induction Bright LED Rechargeable Flash Light
The prices has come way down. I paid a whole bunch for mine and have had it for many years. It is our go-to flashlight in any power outage.
Buy Now

I had the privilege of hearing Kate Hutton, a well-known CalTech Seismologist, speak. She said if there was nothing around to cause damage or injury, earthquake experiences would be an "E ticket ride". Disneyland sold "E" tickets until the 1980s. They were for unusually interesting, thrilling or expensive rides.

Our "E Ticket Ride" started at 4:58 am, on June 28, 1992, when the most powerful US earthquake in 40 years literally rolled us out of bed. The magnitude 7.4 earthquake, centered in the town of Landers, California, woke us up. The rolling motion was so great that to sit up was difficult and it was easier to roll to the edge of the bed and let the momentum do the rest. It felt like it would go on forever but eventually stopped.

Making sure that everyone was safe, we got dressed. There was not point in going back to sleep. Besides, all the car alarms in the neighborhood were going off. The sun was beginning to come up so as in any earthquake prone area, we made the rounds to make sure that everything was all right.

We had not gotten far when there was a knock at the front door. We ushered in our friends from across the street. As they came in, we noticed the brick planter at the entry had cracked from top to bottom. That was amazing. We were a good 40 miles southwest of the epicenter.

Waking up during an earthquake is unnerving. It makes the brain work overtime to process the information. We made coffee and moved to the backyard to relax and share our experience. Sitting in the backyard, surrounded by roses and trees, was calming. The sun was up and it was already starting to get warm. We could hear other voices, neighbors checking their homes.

Several smaller aftershocks rolled through but none as strong or as frightening. The guys decided to check both houses for damage and we heard them as they checked the front of our house and then started across the street.

At 8:04 am, the Big Bear 6.5 magnitude earthquake struck. My husband raced back through the house to tell me that all the cars in the driveways were bouncing. The alarms that had already been set off earlier were going off again. The sliding glass doors moved in and out as if they were breathing. You could actually see the ground move up and down like a wave. We sat out the quake in the backyard, not daring to go back through the glass doors. California homes are generally earthquake safe but moving through glass doors is not recommended.

Back to picking up small items that had tumbled from shelves, we were pleased to find that everything, except the planter, was all right. The earthquakes took three lives, cause many injuries and one million dollars in damage. We were grateful for our building codes. California is one of the safer paces to live in during earthquakes.

As for my earthquake experience, this was the largest earthquake I had been through in 40 years. Earthquakes can be an "E ticket ride". They can be unusually interesting, thrilling or expensive rides. However, I think that given my choice. I would choose the Matterhorn Bobsleds over an earthquake. The Matterhorn is and has always been the most famous "E Ticket Ride" at Disneyland.

San Francisco - Loma Prieta earthquake, 1989. We were 381 miles away and felt this one.

Myth - Every earthquake in California is felt by all of us

If there is an earthquake anywhere in California (not near my home) and it is under a magnitude of 4.0, I probably won't feel it. If it is larger, it depends on where it is and what type of subsoil it's in. For my family, if it's in LA or San Diego or close to the Mexican border, I will feel it. It's not enough to scare me. If it's in Palm Springs or Big Bear, I will be frightened so feel free to call and check on me.

What to do before and after an earthquake

The "Ring of Fire" is not only a song but also a geographical location where 75% of the world's 2000 plus active and dormant volcanoes are located. This ring of volcanic and seismic activity runs from New Zealand, through the coast of Asia to Alaska and then down the coast of North and South America. These are the areas where major earthquakes occur but not one is safe.

Memphis, Tennessee, is one of the places where a large earthquake is expected within the next 50 years. Worldwide, fault lines cross every country.

Being stuck in a major earthquake means careful planning. According to the United States Geological Survey (USGS), even urban areas should expect up to three days for help to arrive. In a massive earthquake like Haiti, it can take weeks. A 7.0 magnitude earthquake will create major damage in the infrastructure regardless of your location.

In Riverside County in California, the Santa Ana River crosses every north/south freeway. The overpasses, built into the sand base, are expected to liquefy and bring the bridges down. It will effectively cut off all major routes for evacuation and rescue. In spite of the doomsday scenario, there are steps you can take to insure your safety.

Immediately after an earthquake

Earthquakes are localized. While they can be felt over a large area, most of the damage and destruction will be in a smaller area. That does not mitigate the danger only that as the shock and sound waves move out, the danger lessens. Being stuck in an earthquake is terrifying but if you are prepared, your chances for survival are much better.

I've had fun with earthquakes too. Here are two more pages I've written.