From the age of eleven I have loved all things British, most especially the great history. Charles I is my favorite king of England.

A King Much Maligned by History

Simon Schama described Charles I in the History of Britain as being 'smaller then life.' History remembers Charles as being the king who was executed by the Rump Parliament. He was executed as a tyrant. The problems people had with Charles were his indecisiveness, his reticence, the taxes he tried to raise for foreign wars (ie. tonnage and poundage tax), dismissing Parliament, seizure of land and finally conformity of worship and the infamous Book of Common Prayer sent to Scotland.

Perhaps he was a disaster as a king but there is more to Charles then this. He was a man of principle. He was a family man and a friend to the common people. As a person, he was a person with obvious foibles, which makes him human, someone to relate to. Charles I was also a fashionable man with a love of the fine arts.

History of course is written by the winners and so Charles is presented as being a weak king. I would argue he was much more and rather a man to be admired. I am not the only admirer of Charles the first. One famous admirer was Winston Churchill. Still more then that, to some he is a saint. There is a Charles the Martyr Society and he is considered an Anglican saint, after all he was faithful to his religion until the end.

Charles was not supposed to be king. His elder brother Henry, the Prince of Wales, was the heir to the throne. Prince Henry was handsome, popular and athletic. Henry was everything Charles was not. Charles, who was born in the year 1600, was a sickly child who didn't learn to talk or walk properly until he was four years old. In fact, when Charles's father James in 1603 inherited the throne, Charles was left behind at Dunfermline Castle in Scotland because it was believed he would not survive the journey. He was later reunited with his family in England.

As was the custom of the day a noble family was entrusted with the care of the young prince or princess. Well, the noble families of England were hesitant to take Charles in because they feared he would die in their care. However, Sir Robert Carey, the knight that rode north to Scotland to tell King James (Charles's Father) that he was now King of England because Queen Elizabeth had died, Sir Robert and his wife were entrusted with Charles care.

Prince Henry, who like his brother had his own household, died at nineteen. It shook the nation. Charles was a boy of twelve at the time. The Royal brothers weren't close seeing little of each other. One small glimpse we have of the two was when boys, they were waiting for an audience with the King, their father, and the Bishop Abbott was waiting as well. Prince Henry grabbed the hat from the man's head and put it onto Charles head. Henry teased Charles about his mishapen legs and how he would have to be Henry's Archbishop of Canterbury to have a gown to cover his legs. Charles was not amused and became hysterical. He had to be removed from the room to calm down.

Charles's father King James I had in the intimate capacity of Gentlemen of the Bedchamber gentlemen who were his favorites and possibly on more intimate terms with the King. The final favorite of James I was George Villiers who later was made by James I, the Duke of Buckingham. James I had the desire for his son Prince Charles to marry a Catholic princess to unit the Catholic and Protestant world. So the main contenders were either France or Spain.

It was decided between King James, Prince Charles and George Villiers that Charles and Villiers would travel to Spain to woe the Infanta in 1623. In Spain at the time an English delegation was negotiating marriage terms with Spain. Prince Charles just could not wait to see the Infanta. He was smitten only by her picture. He began to learn Spanish and decided with Villiers to travel to Spain. King James took some convincing because Charles was his sole heir. Charles's only living sibling was Princess Elizabeth who married the ruler of the Palatinate and later became with her husband Frederick as King, Queen of Bohemia, before Spain plucked Bohemia and the Palatinate from them. This is what ultimately ended the marriage negotiations with Spain and England.

Villiers and Prince Charles trip to Spain was wrought with what can be termed Quixotic adventures. First the two young men disguised themselves with very bad false beards. On several occasions they almost ended up in a dual or fisticuffs. They arrived in France on their travels without first announcing themselves which caused the French to have to scramble to make accommodations for them. On arriving in Spain, it was rather the same kind of thing. However, in Charles's own enthusiastic way he tried wooing the Princess by jumping over a wall into her garden. This ended badly for the Prince. She fled the scene calling for her chaperons. It really was a good thing that the marriage plans did not work out. Even Charles gave up on them after a time.

How this trip influenced history is first it came at the time that the Palatinate was taken by Spain which caused England to ultimately declare war on Spain. It also seals the ingratiation of George Villiers into Charles's confidence so when Charles became king he would depend of Villiers. Ultimately this relationship was disastrous to all involved as history would soon prove.

Redworth, G. (2003). The prince and the Infanta: The cultural politics of the Spanish match. New Haven, Conn.: Yale Univ. Press.

England turned to France for a marriage partner for Charles. The young princess Henrietta Marie was to become Charles's queen. Henrietta Marie was one of the younger daughters of King Henry IV, the king who upon becoming king and giving up the Protestant faith so he could become king famously quipped, "Paris is worth a Mass!" Henrietta Marie's mother was Marie De Medici. Her father by this time of her marriage had already died and her brother Louis XIII secured the negotiation with England for the marriage of Charles and Henrietta Marie. Charles I was himself King of England though some of the negotiation had started during James I reign. It was George Villiers who was sent to Paris to retrieve Charles bride as was regular in the 17th century, Charles was married to Henrietta Marie by proxy. The person standing in proxy for Charles was George Villiers. The vows were said in front of the great cathedral of Notre Dame because of King Charles Protestantism. They did get a dispensation from the Pope to marry but nevertheless Charles was Protestant and not a professor of the "true faith."

Henrietta Marie upon marrying Charles brought quite a retinue of ladies in waiting, serving staff and Catholic clergy from France. All of this was agreed upon in the marriage negotiation. And even though in Great Britain there were recusancy laws that made the practice of the Catholic faith illegal, an exception was made for Charles's young wife. Henrietta Marie eventually came to live at the Queen's House, a house constructed by Inigo Jones first for Queen Anne of Denmark, Charles's mother. It was gifted to Henrietta Marie. It is on the site of the great Naval Museum at Greenwich. The chapel that began to be built during Queen Anne of Denmark's stay there was completed for Henrietta Marie. Queen Anne of Denmark was also a Catholic, though a converted Catholic, she started out as a Protestant. The Catholic faith of Henrietta Marie came to be a particular bugaboo for the Protestant English as history would play out. This chapel was greatly resented by the Protestants of England especially in the Parliament. Henrietta Marie's chapel did not survive the English Civil War. It was destroyed by an angry mob. This Catholic queen was blamed for many of the supposed failings of Charles's reign.

Is Monarchy a outdated institution. 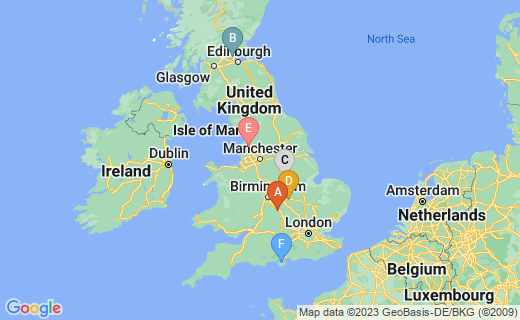 Where Charles declared war on Parliment

Where Charles was held prisoner on the Isle of Man.