Geneticists have cloned sheep, horses, cats and dogs. The next step it seems is to bring back the dead because scientists are currently working on resurrecting through cloning an animal extinct since 1936.

The Australian Tasmanian tiger, or Thylacine, was hunted to extinction 79 years ago, but now geneticists think they can bring back the fierce predator using DNA from stuffed museum specimens.

"Bringing back an extinct creature would unlock the door to progress. Who knows what other 'impossible' things may be on the other side?"

The project is headed by evolutionary biologist Michael Archer, dean of science at the University of New South Wales in Australia. In collaboration with colleagues at Australian universities and U.S. genetics labs, Archer hoped to bring this carnivourous marsupial back from extinction using DNA from an infant female preserved in alcohol since 1866.

Part of the difficulty lies in restoring the degraded DNA, in fact Archer's first team failed to extract quality DNA from the infant female and the project was scrapped in February 2005. But with a new team, new technology and a new strategy to recover genes from the bones and teeth of thylacines in museum specimens the project was revived again in October 2005.

If Archer's new team can figure out how to restore degraded DNA there is a chance the Tasmanian tiger could live again. What's next...the Woolly Mammoth? Actually that's not so far fetched...in fact there are projects underway to clone the mammoth as well as the Spanish bucardo goat.

What should we do about cloning?

With each breakthrough in cloning research comes increased controversy. Should we be messing with nature? On one hand there may be a great number of discoveries that lead to better health or the preservation of endangered species, on the other hand there is a great moral dilemma involved when anyone mentions human cloning or genetically modified food.

What is your opinion on clone research?

How to Clone an Extinct Animal

The basic steps to clone an animal are in theory pretty straight forward. Here are the six steps to creating a clone.

In 1997 the world was taken by surprise with the news that scientists in Scotland had cloned the first mammal! The sheep Dolly (named after Dolly Parton actually, yes really) was the star of the media for a long time.

This event sparked a huge scientific and moral debate, can we now clone humans? Or extinct animals, or the less savory characters from history... What should be allowed and what should be forbidden? What do you think?

Since I've created this little page on cloning extinct animals I've had some comments from many people voicing their opinion on the merits or morals of cloning. And the above poll results show that not everyone is very keen on the idea of cloning especially when it involves human cloning.

So let's start a little debate so all voices can be heard. Is cloning the future and will it lead to many improvements in life? Or, is cloning something better left alone, something that may lead to the end of humans on earth?

How do you feel about cloning?

Further Reading About the Tasmanian Tiger

Jarkov mammoth may be the key

In 1999, French polar explorer Bernard Buigues and mammoth experts Dick Mol and Larry Agenbroad unearthed a 23,000 pound block of permafrost containing the remains of a woolly mammoth near the Bolchaya Balakhnya River in Siberia.

Scientists were hopeful that the block of frozen earth would yield an intact mammoth carcass. The possibility led a number of genetic research facilities around the world to propose extracting DNA from the soft tissues of the extinct creature with the goal of cloning it back to life.

Unfortunately for those scientists interested in cloning the mammoth there was very little soft tissue and bone remaining. As in the case of the Tasmanian tiger there was just too little quality DNA to give cloning much of a chance.

But if scientists can discover a technique to restore degraded DNA the first major hurdle in cloning the mammoth will be overcome. That would just leave several other unknown factors including the gestation period of the mammoth. Will it match that of the Asian elephant, the mammoth's closest living relative? Not to mention there is a bit of a size difference between the woolly mammoth and the Asian elephant; what kind of problems will this cause for the surrogate mother?

All in all the odds are currently stacked against a successful clone, but with the ever expanding developments in genetics some day in the next 20-30 years there might just be woolly mammoth rides at your local zoo. 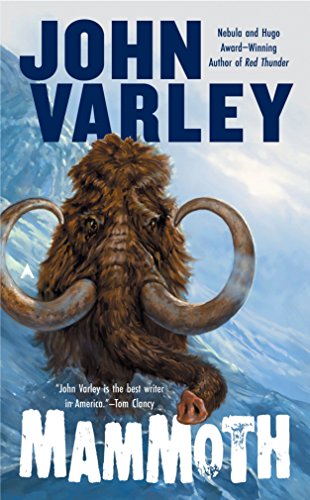 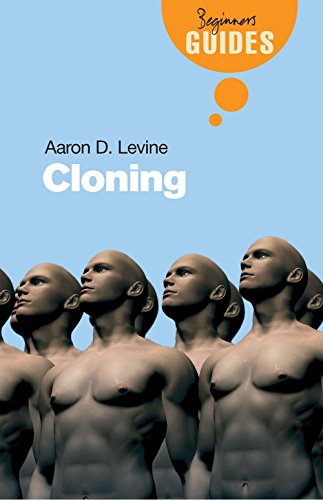 Cloning Books and Resources - More information for your cloning research

If you are interested in learning more about cloning, genetics and DNA analysis there are many fine books and laboratory manuals available.

This one is a good place to start one gene cloning and DNA analysis. Enjoy your research! And perhaps one day we'll be reading about your discoveries in the wonderful world of cloning research.

A Lens of the Day Selection

A Thank you to the fine people of Squidoo for choosing this lens as Lens of the Day on September 28th 2006 (Holy Moley has it been that long?) And to the many readers who have graced this lens with their curiosity - may you all be cloned and visit again, and again.