Why A Site About Female Explorers?

More than a decade ago I moved to a small town in Central California and soon set about learning the history of my new home. One day the newspaper printed a feature about a famous woman explorer (of her time) - Harriet Chalmers Adams - who had been a local resident. I was amazed to find that I had never heard of Ms. Adams! Since that time I have been a passionate researcher and reader of the life stories of women explorers.

You've probably heard of Amelia Earhart and Isak Dinesen, but I'm willing to bet most of you have never learned anything about the lives of phenomenal female explorers like Gertrude Bell, Alexandra David-Neel, Florence Von Sass Baker, Isabella Bird Bishop, or Annie Peck. When the youth of today are asked to name explorers, they commonly mention Magellan, Columbus, Erik the Red, or Lewis & Clark. Nobody ever names Delia Akeley.

In 1925 four women founded the Society of Women Explorers to fill a need for an organization which would support and encourage women in their explorations. At that time, no other "explorer" organization allowed women members. These four women, Marguerite Harrison, Blair Niles, Gertrude Shelby, and Gertrude Emersen Sen, determined that "geographer" should carry a broad meaning to include such disciplines as anthropology, geology, biology, archaeology, oceanography, ecology, and even specialized aspects of the arts. Today, the Society boasts more than 600 members, yet very few people outside the organization seem to know of its existence.

So - please join me in an exploration of the lives of women explorers. Be prepared for adventure!

Harriet Chalmers Adams was an American explorer, writer and photographer from Stockton, California, USA. During her life she traveled through South America, Asia and the South Pacific. In the early 1900s her accounts of her travels were published in National Geographic. She was also a frequent lecturer, using her own color slides and movies to enhance her talks.

Adams' first major expedition was a three-year trip around South America. She and her husband, Franklin Adams, visited every single country in South America and even crossed the Andes on horseback. Regarding that journey, the New York times wrote that she "reached twenty frontiers previously unknown to white women." On subsequent trips she retraced the steps taken by Christopher Columbus' early discoveries in the Americas and crossed Haiti on horseback.

Harriet was also a war correspondent for Harper's Magazine in Europe during World War I. She and Franklin also toured eastern Bolivia during a second trip to South America.

From 1907 to 1935, she wrote twenty-one articles for the National Geographic Society that featured her photographs, including "Some Wonderful Sights in the Andean Highlands" (September, 1908), "Kaleidoscopic La Paz: City of the Clouds" (February, 1909) and "River-Encircled Paraguay" (April 1933). She wrote on Trinidad, Surinam, Bolivia, Peru and the trans-Andean railroad between Buenos Aires and Valparaiso.

Ironically enough, in Harriet's time women were not allowed to join the National Geographical Society as full members. Harriet took of the cause for the recognition of female explorers, and helped launch the Society of Woman Geographers in 1925. She then served as its first president through 1933. .

It has been estimated that Adams traveled more than a hundred thousand miles during her explorations. The New York Times wrote "Harriet Chalmers Adams is America's greatest woman explorer. As a lecturer no one, man or woman, has a more magnetic hold over an audience than she."

Harriet died in Nice, France, in 1937, at age 62. Her obituary in the Washington Post called her a "confidant of savage head hunters" who never stopped wandering the remote corners of the world." 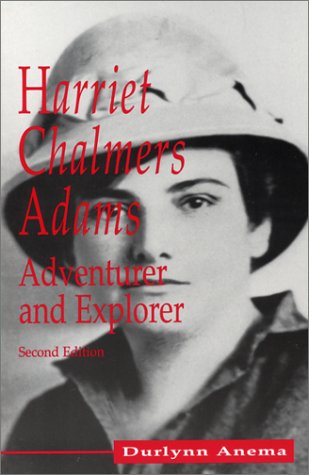 Harriet Chalmers Adams: Adventurer and Explorer, Second Edition
This wonderful book - written for readers of all ages - is now available in a new second edition! Harriet Chalmers Adams: Adventurer And Explorer is the true story of one of the most acclaimed female explorers of the early twentieth century. Not only did Harriet record - in words and photographs - her three-year, 40,000 mile journey through South America, but when WWI broke out 1914, she was the first woman correspondent to travel to the front lines of France. Later, she was instrumental in organizing the Society of Woman Geographers and even served as the organization's first president!
Buy Now

If you think you need to be young, healthy and wealthy to be an explorer - think again!

Isabella Bird, often described as "short and dumpy," was over 60 when she had some of her most dramatic adventures, suffered from ill health throughout much of her life, and was a woman of only modest means.

And yet, she is widely recognized as one of the great explorers of the Victorian era.

She was the first woman to travel up the Yangtze River, and her written accounts of the assassination of the Korean Queen and Japan's invasion of Korea were considered major news stories. 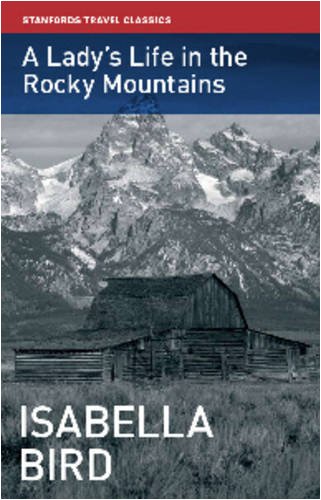 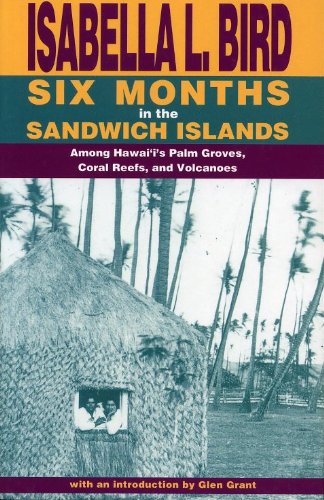 Unbeaten Tracks in Japan: The Firsthand Experiences of a British Woman in Outback Japan in 1878
Buy Now

Among the Tibetans
Buy Now

"I've never found my sex a hinderment; never faced a difficulty which a woman, as well as a man, could not surmount; never felt a fear of danger; never lacked courage to protect myself. I've been in tight places and have seen harrowing things." -- Harriet Chalmers Adams

Ruth Harkness was an American fashion designer and socialite, who traveled to China after the death of her husband and brought back the first live giant panda to the United States - not in a cage, or on a leash, but wrapped in her arms.

The Giant Panda, today recognized on sight by every schoolchild, was once only a 'phantom animal' to the Western world. No description of this animal even reached Western society until 1869, and it took another sixty-seven years for someone to bring a live panda out of China.

It was not until 1937, some sixty-seven years after the panda's discovery by Westerners, that Ruth Harkness and Gerald Russell captured a live giant panda for the first time. During this period twelve well staffed and equipped professional expeditions failed to collect a single live specimen of the giant panda. 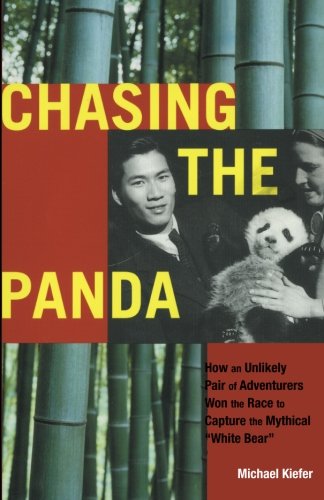 Chasing the Panda: How an unlikely pair of adventurers won the race to capture the mythical "white bear"
Buy Now 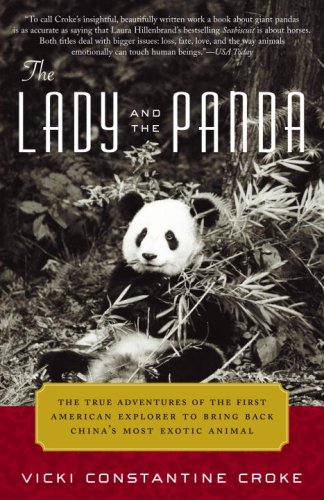 The Lady and the Panda: The True Adventures of the First American Explorer to Bring Back China's Most Exotic Animal
Buy Now

Below you'll find an ever-growing list of female explorers. Feel free to leave me a comment if your favorite female explorer is missing from the group!

Susan Helms, the first woman to live on International Space Station 'Alpha', as a member of the second crew to inhabit the Station, arrived home on earth recently after spending some 5.5 months in orbit.

The Expedition-2 crew, composed of two American astronauts and one Russian cosmonaut, launched on March 8, 2001 onboard STS-102 Discovery and successfully docked with the station on March 9, 2001.

Susan was born February 26, 1958, in Charlotte, North Carolina. Later, her family moved to Portland, Oregon, and she graduated from Portland's Parkrose Senior High School in 1976.

After High School, Susan attended the U.S. Air Force Academy, receiving a B.S. degree in aeronautical engineering in 1980. After receiving her commission, she moved to Eglin AFB, Florida, where she served as an F-16 weapons separation engineer with the Air Force Armament Laboratory.

In 1984 Susan was selected to obtain graduate school, and she obtained a M.S. degree in aeronautics/astronautics from Stanford University in 1985.

After receiving her M.S., Helms was assigned as an assistant professor of aeronautics at the USAF Academy. In 1987, she attended the AF Test Pilot School at Edwards AFB, California.

As a flight test engineer, Helms has flown in 30 different types of U.S. and Canadian military aircraft. She was managing the development of a CF-18 Flight Control System Simulation.

"I want to do it because I want to do it. Women must try to do things as men have tried. When they fail, their failure must be a challenge to others." -- Amelia Earhart

Hear From & About Female Polar Explorers!

There are so many great female polar explorers!

Ann Bancroft, an American author, teacher, and adventurer was the first woman to successfully finish a number of arduous expeditions to the Arctic and Antarctic. She was inducted as honorary member of the National Women's Hall of Fame in 1995

Another of my favorite female explorers, Louise Arner Boyd is credited with being the first woman to fly over the Geographic North Pole. She made this trip to the Pole at the age of 67, after having devoted her life to the scientific exploration of the Arctic.

"Who knows the flower best? The one who reads about it in a book, or the one who finds it wild on a mountainside?" -- Alexandra David-Neel

"Queen of the Desert"

Gertrude Margaret Lowthian Bell was born in July 1868 to a wealthy, titled and politically active family.

Bell's uncle, Sir Frank Lascelles, was British ambassador at Tehran, Persia. After completing her education at Queen's College in London and Lady Margaret Hall, Oxford University, Gertrude traveled to Persia for a visit.

She spent the next ten years traveling around the world. She also became fluent in Arabic, Persian, French and German as well as also speaking Italian and Turkish.

Altogether she traveled across Arabia six times in the next twelve years.

In partnership with T. E. Lawrence - aka "Lawrence of Arabia", Gertrude helped establish and assisted in the administration of what is now the modern state of Iraq. 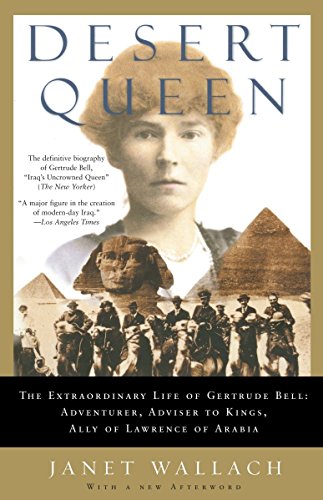 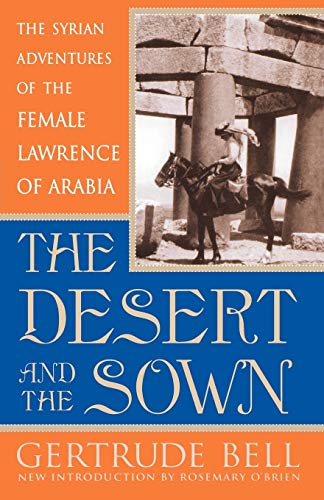 The Desert and the Sown: The Syrian Adventures of the Female Lawrence of Arabia
Buy Now

"Adventure is worthwhile in itself."-- Amelia Earhart