How Did Early Psychology Come Up With This Practice!

Clearly, trans-orbital lobotomies were a freak accident in the infancy of modern psychology. Many HUMANS....people, children, women, men, with psychological disorders and personality disorders were deemed unfit, unsafe, or an annoyance and who were unable to fully function in society had an icepick pretty much driven through the back of their eye socket into their brain to make them emotionless zombies with an attention span of a fruit fly.

This was initially done out of desperation for the most psychotic, delusional & violent of mental health patients, but Dr. Freeman turned into an icepick monster and went all out performing this procedure on depressed housewives, kids with ADHD, harmless schizophrenics, retarded people, and others who would be easier to deal with as mindless zombies without feelings.

It was easier to make these "unworthies" drooling infantile creatures than to actually treat them or wait for a fitting treatment to develop. This eager psychiatrist's cure-all was the frontal lobotomy!!!

How is it Perfomed?

Lobotomies cut off connections from the pre-frontal cortex in the frontal lobes of the brain so they could not pass messages to the other parts of the brain, deeming a patient much more docile, but pretty well emotionless and without feeling. Actually, Egas Moniz, a Portuguese neurologist won The Nobel Prize for Medicine in 1949 for developing the trans-orbital lobotomy. Way to go, Dr. Moniz! NOT! Maybe somebody should have been working on medications like Chlorpromazine a little earlier before performing crash brain surgery. (Thorazine, a typical anti-psychotic first marketed in December 11, 1950). The great thing about medications is that they are reversible. They might have side effects, but none so serious as to push a hole through the back of somebody's eye socket into their brain tissue!!!

Walter Freeman, M.D. was a neurologist who carried out close to 2,500 lobotomies in 23 states. Freeman initially performed Amarro Fiamberti's, a Portuguese neurologist's "trans-orbital lobotomy" & "perfected" it. This "perfection" was achieved by hammering ice picks into each lobe of the brain by lifting up the eyelids and pushing them through the back of the eye sockets. He used an actual icepick in his first procedure, which he had only learned WEEKS...EARLIER. This procedure was (even at the time when it was contemporary) supposed to be a last resort. Our friend, the good Dr. Freeman, performed these on people with depression, bipolar disorder, and ADHD, ailments not considered in many circumstances to be life threatening to the beholder or the general public at large. These people were rendered emotionless and with memory problems for the rest of their days!

Dr. Freeman even performed a frontal lobotomy on Rosemary Kennedy, his most famous patient. She was just 23 years old! The tragedy is that in less than twenty years later, anti-psychotic drugs began to be introduced. Drugs like Thorazine had the same results without all the permanent side-effects of driving a hole into a person's brain!

The Lobotomist - And Other Books About Early Psychology

Learn more about the dark history of American Psychology in its infancy. 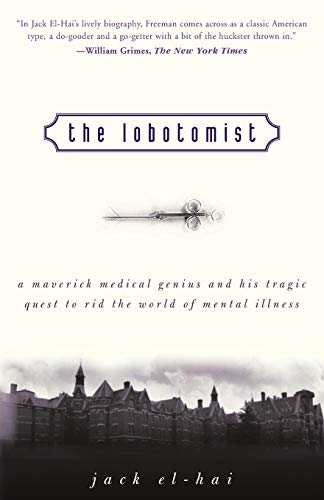 The Lobotomist: A Maverick Medical Genius and His Tragic Quest to Rid the World of Mental Illness
Buy Now 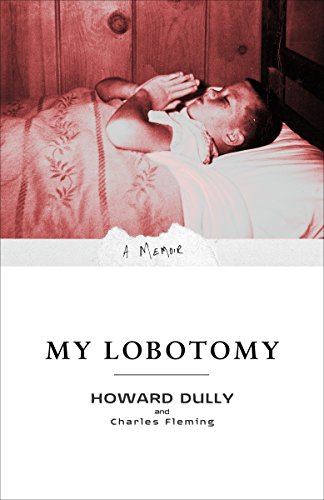 My Lobotomy: A Memoir
Buy Now 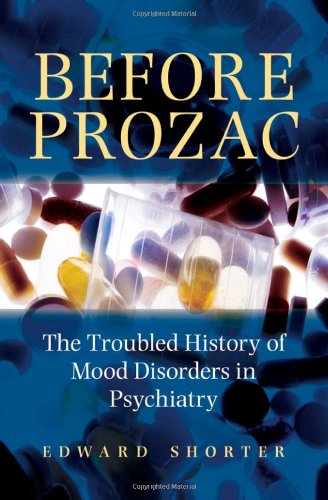 Before Prozac: The Troubled History of Mood Disorders in Psychiatry
Buy Now

Other awful practices such as shock & hydrotherapy were also put into practice and widely used up until the seventies.

The Horrors of Lobotomy - The Icepick Lobotomy

Undesirables were lobotomized, this was modern treatment, imagine how much this effects a person???

Funerals for the mentally ill at old asylums & the ghost of "Book"!!!