The Life and Death of Anne Askew

Anne Askew (Anne Ayscough) was born in Stallingborough, to Nobility, in North East Lincolnshire in the year 1521. There is no recorded date indicating her birth month or day. During her lifetime she became noted for many things. Some good, many not so good for her longevity. It could be said that Anne Askew martyred herself in many ways. She was a poet and a stalwart Protestant. Her belief would eventually lead her to be condemned by King Henry VIII as a heretic.

During the Tudor Period in which Anne lived, her actions were not seen as rebellious in a good light, but in one that caused her to be looked upon as an unchaste individual. In those times, women simply did not do the things that Anne did. Read for yourself and decide if Anne deserved the fate she received. While doing so, try to keep your mind on a time in our history when women were the property of their husbands, fathers, brothers, or any other living male relative, and if none were left, the women of noble birth quickly became wards of the King. Women did not make their own decisions, even on such things as who they were bound to in marriage.

At age 15 her family forced her into an unwanted marriage with Thomas Kyme. As an act of rebellion against her marriage Anne refused to take on her new husbands surname. To further widen the rift between them, Anne was stalwart in her Protestant beliefs, while Thomas was Catholic.

A Married Couple At Odds

Rift or no, it is documented that Anne had at least one child, a son named William Askew. However, alleged portraits of her show her with two children. All accounts of this time say little more than that Anne left her child or children to go 'gospeling' to share her strong Protestant beliefs.

Needless to say, the marriage did not go very well for Anne, and not strictly due to her beliefs. As she returned from a trip to London in which she had been teaching against the doctrine of transubstantiation, her husband swiftly refused her entrance to her home. Infuriated, Anne then returned immediately to London to ask for a divorce. She used the scripture of 1 Corinthians 7:15, to request her divorce on the grounds that her husband was the real heretic.

A Pawn in Court Politics

As Anne began to spend increasingly more time in London, she began to distribute Protestant books and gave sermons that would eventually lead to her arrest. To spare her, her husband was sent for and subsequently ordered to take her back to the countryside in Lincolnshire. Although Thomas did as he was bidden, Anne soon escaped and made her way back to London to continue her sermons.

Henry VIII: The King and His Court
Buy Now

As King Henry the 8th's reign was drawing to a close, Anne was finally caught up between the traditionalist and the reformers in an open court struggle. As the Traditionalist began to retry their old strategy of rounding up the lessers, in order to draw out the greaters, many were allegedly linked to Thomas Cranmer, the Archbishop of Canterbury, who had been notoriously absentee from court. Askews brother Edward, was in fact, one of the Archbishops servants. Using this leverage, the Traditionalists demanded Askew recant.

Anne was arrested and accused of heresy due to her direct and open disagreement on the subject of Transubstantiation. Oddly, if you can take an observers stance and eliminate a bias towards any religious beliefs, you can see that Anne clearly had a quite observant, and legitimate point. During her 'trial' she often caught them in their own questions, which only enraged them further.

Although many of the Lords strove to see her burned as a heretic, her initial trial left them without just cause to do so. Lord Bonner issued a challenge to Anne that her spirit was not as pure as her own beliefs. Anne responded with a calm challenge to find one living soul who could dispute her honesty. No one was found. Anne was released.

While Anne was subjected to her inquisition by Thomas Wriothesley, Lord Chancellor of England at that time, he asked her opinion of the bread and the eucharist. Anne replied.

"I believe that as oft as I, in Christian congregation, receive the bread in remembrance of Christ's death, and with thanksgiving, according to His holy institution, I receive therewith the fruits also of His most glorious passion."

"How can you avoid the very words of Christ, 'Take, eat, this is my body which is broken for you?'"

To which Anne replied.

"Christ's meaning in this passage is similar to the meaning of those other places of Scripture, 'I am the door,' 'I am the vine,' 'Behold the Lamb of God,' 'That rock was Christ,' and other such references to Himself. You are not in these texts to take Christ for the material thing which He is signified by, for then you will make Him a very door, a vine, a lamb, a stone, quite contrary to the Holy Ghost's meaning. All these indeed do signify Christ, even as the bread signifies His body."

She was arrested for her statements and examined by the Lord Mayor of London, Martin Bowes, in June 1546. The Constable of the Tower of London ordered the torture of Anne to attempt to force her to begin naming other conspirators in her heresy. It is widely thought that this was in attempt to implicate the current queen herself, Catherine Parr, as well as many of her own ladies-in-waiting and closest friends.

According to Anne's later account, and the accounts of her jailors, she was removed from her cell at approximately ten in the morning, and transported to a lower room in the Tower. She was then shown the torture device known as The Rack, and asked once more if she would name those who believed as she did. After she once again declined, she was ordered stripped to her shift. The very state she remained in until she died. 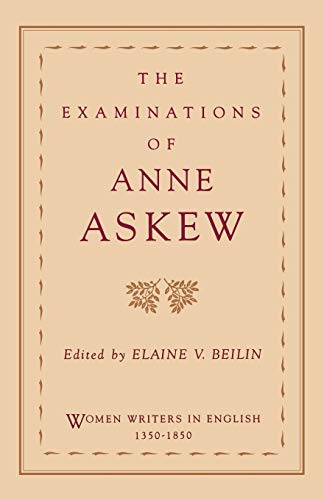 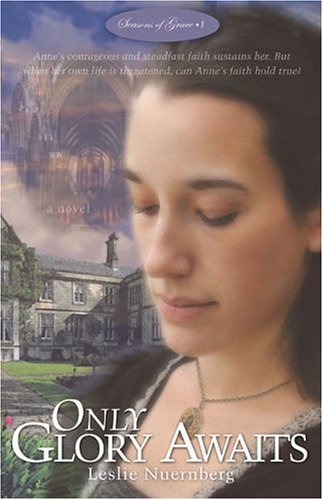 The Torture and Execution of Anne Askew

Most accounts agree on two pieces of information about Anne Askew's torture upon The Rack in the White Tower of London. She was the only woman on record to be tortured in the Tower and burned at the stake. It is also widely known that it was especially intense and cruel session of torture.

At one point during her torture, the Constable of the Tower of London. who was certainly no stranger to the nature of tortures, left the tower in disgust and hurried to the court to beg King Henry the 8th for justice for Anne. Anne herself reported later that she recalled being stretched upon the rack to the point where she fainted from the pain itself, she also remembered being doused with water to reawaken her, only for The Rack to once again begin to stretch her limbs.

Askews cries during her torture were heard far beyond the normal reach of the Tower's tortured. So far that the Tower's Lieutenant's wife and daughter walking nearby were disturbed by the sounds, causing the Lieutenant to order Anne returned to her cell, thus ending her torture.

I hesitate to label Anne as a martyr. Anne was a woman with strong opinions that many can admire. She held onto her beliefs, she held onto her surname, and she vehemently denied being forced to live a life with values in which she couldn't believe. Her execution however, promised entertainment to those who would normally not attend. Most knew of Anne and her unwillingness to recant and it is likely that although none would have admitted to it, more than one person attended just because they too secretly agreed with Anne's notion of questioning ultimate authority, or trusting their everlasting judgement to the opinions of those they share no affinity with.

She was carried on a chair, still in her shift, to her pyre on her execution day. The previous torture had stretched and destroyed her limbs too much for her to walk of her own accord. She was tied, some say chained, to the stake upon her chair and had gunpowder sprinkled on her chest before they lit the fires.

Although there are many different accounts of her exact death, many accounts shared two definite similarities:

1) The fire created from her burning caused the crowed to have to jump back several times to avoid being burned themselves. Indicating it was unusually large and fierce.

2) Anne is said to have stalwartly stuck to her beliefs, even as the flames began to reach her chest. Once the flames reached her upper body, she began to show her pain. It is estimated it took her 15 minutes to die from the time the first flame was lit.

Anne's argument on Transubstantiation is in fact exactly what she labeled it. A fallacy. It is a fact that the wine used during communion services does not turn into the actual blood of Christ simply because it is blessed by a Priest. One of Anne's most famous points to wave about was that she had read in the scriptures that God had made Man. But she had not read anywhere in them about how Man could make God.

The fact that Anne's beliefs, even though mired and mixed in well with her strong beliefs, was not much more than her pointing out the strict science of a communion service itself. I don't see Anne as a martyr, but I think many who question any set of ideas may see a little bit of themselves in a Tudor-period young woman's willingness to stick to what seemed like wildly unusual beliefs in 1545 - 1546

Chime in on Anne Askew

Would You Have Taken Anne Askew's Side?