Had things turned out differently, Jackie Kennedy could have been a member of the British aristocracy.

After the assassination of her husband, it was widely rumoured that she would remarry David Ormsby-Gore, the 5th Baron Harlech. And there are good reasons for believing that these rumours were based on solid facts.

Even her mother-in-law, the intimidating Rose Kennedy, believed that it would have been an ideal marriage for Jackie.

There were already family connections and David had been a close friend of the family for many years.Had this relationship ended in marriage, it's possible that she would have had two most unlikely sons-in-law (by marriage). Can you guess who?

The Kennedy matriarch, Rose, was known for her strict opinions when it came to marriage.

You will remember that she had objected wholeheartedly when her daughter Kathleen (known by the family nickname 'Kick) had married into British aristocracy.

Her objection was due to religion - the Kennedys were a devout Catholic family and Rose was insistent on her children marrying within the faith. But that was during the Second World War and she had mellowed by the mid-sixties.

She encouraged Jackie - then only in her thirties and with two young children - to remarry. In recent years, her private diaries were made public. You can see what she thought about David Ormsby-Gore in the quote below.

Rose Kennedy: The Life and Times of a Political Matriarch
I had always seen her as a powerful yet demanding woman who was almost unbearably strict with her children. Her autobiography, which I read some years ago, did nothing to dispel this image. And yet the public face, which she always tried to maintain, was very different to the real woman. This book draws on her letters and diaries to give much better picture of the real woman behind the 'political throne'.
Buy Now

Who was David Harlech?

He was part of an aristocratic family that dated back for several generations.

He had become a close personal friends of the Kennedy family, especially the brothers. He had served in the Second World War and afterwards became a politician, following the family tradition.

When John Kennedy became the president, the British government appointed him to be their ambassador in Washington. This gave them even more opportunity to cement their already close friendship. Indeed, he was one of the pallbearers at JFK's funeral.

He had been married in 1940 and had five children.It is is daughters, Jane and Alice who are relevant to this story. By 1967, David was a widower.

After the assassination,Jackie kept a low profile and mourned in private, being particularly careful about her children's privacy and upbringing.

She remained close to Rose, her mother-in-law.

Worldwide, people admired her courage but most people - including the Kennedy family - wanted to see her happily married. Almost five years after the assassination of JFK, her brother-in-law Robert was also killed.

Jackie confided that she wanted to leave America - she was frightened for her children.Who knows why she made the decision she did? Of her two suitors, both of whom lived abroad, Aristotle Onassis had the greater wealth which could ensure the privacy she required for her children. Was this - his private Greek island for example - part of the reason for her choice?

When she was seventeen she met and started living with Eric Clapton.

They didn't marry but were together for five years.If Jackie and David had married and if Alice had married Clapton, Jackie would have become Eric's mother-in-law.

I know that we have two 'ifs' there but a what a wonderful idea it is. What would they have thought of each other? What would her children have thought of him? (They would have loved him as a family member, probably). What I prticularly love about this speculation is that had it happened, Eric might have named a song after his mother-in-law - Layla could have been Jackie. Love it.

I admit that this is even more iffy than the Clapton story but David's other daughter, Jane, had an affair with Mick Jagger. (It's said that the Rolling Stones song Lady Jane was written about her.)

So if Jackie had married David and if Alice had married Eric and if Jane had married Mick, can you imagine the family parties? Clapton and Jagger jamming together in an ancestral home.

Even more amusing, Mick is now Sir Mick so as well as being married into the upper-crust, Jackie would have a son-in-law who is a knight. Her other imaginary son-in-law, Eric Clapton, is a mere CBE (Commander of the British Empire) but I think it's about time Her Majesty created Sir Eric, don't you?

However, when Onassis married Jackie, his daughter Christina was convinced that Jackie had brought the Kennedy curse to the Onassis family. So maybe what really happened was for the best - for British rock music, at least.

New York Jackie: Pictures from Her Life in the City
A gorgeous book.
Buy Now 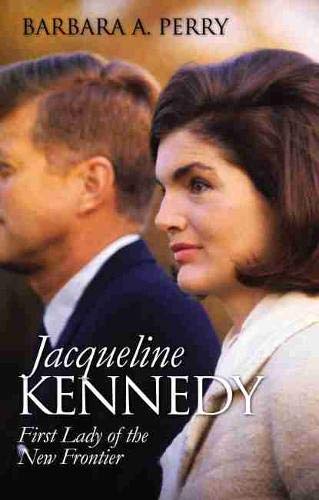 What does this remind you of?