Recently when I saw James Cameron's movie Avatar I was blown away with the messages of this movie. Even more intriguing was that James Cameron wrote the script in the 1990s long before many of these concepts were known by collective consciousness.

In this lens I share the top ten metaphysical lessons that I saw in James Cameron's Avatar, along with 10 books that explore these themes in greater depth. Enjoy the beautiful images from Avatar as well as the theme song.

There Are Many Reasons to Love Avatar - What kind of a fan are you?

What kind of fan are you for Avatar?

All Life is Connected

The Interconnectedness of Life

In James Cameron's Avatar, the scientists were fascinated to discover that the roots system of the forest were completely interconnected and acted as one nervous system for the planet Pandora. This premise is supported by recent scientific breakthroughs such as discussed in the following book by legendary physicist Fritjof Capra. 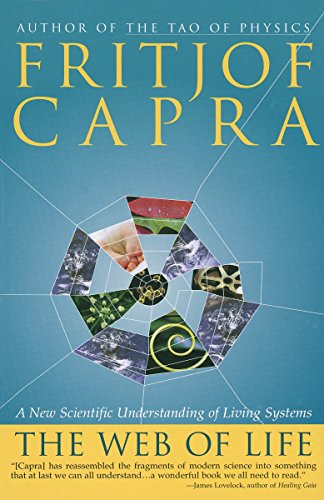 The Web of Life: A New Scientific Understanding of Living Systems
During the past twenty-five years, scientists have challenged conventional views of evolution and the organization of living systems and have developed new theories with revolutionary philosophical and social implications. Fritjof Capra has been at the forefront of this revolution. In The Web of Life, Capra offers a brilliant synthesis of such recent scientific breakthroughs as the theory of complexity, Gaia theory, chaos theory, and other explanations of the properties of organisms, social systems, and ecosystems. Capra's surprising findings stand in stark contrast to accepted paradigms of mechanism and Darwinism and provide an extraordinary new foundation for ecological policies that will allow us to build and sustain communities without diminishing the opportunities for future generations.
Buy Now

All Life is Sacred

Honoring Life Even When Taking Life

Part of Jake Sully's training as a Na'vi was the ceremonies performed when taking a life. This then balanced they cycle of life and kept the harmony with Nature. Consider bringing back ceremony into your own life...

Sacred Ceremony
In Sacred Ceremony: Honoring the Holiness in Everyday Life, Steven Farmer offers ideas on how to create your own ceremonies to consecrate the critical events and passages that you experience on your life’s journey. Rather than complex rituals or exacting formulas, Sacred Ceremony offers clear guidelines and suggestions for honoring the spiritual nature of these important milestones.
Buy Now

Interspecies Communication is Possible with Energy

On Avatar, mental telepathy was used to connect with the animals and enhance interaction with them. Communicating with animals here is easy with a few good tips such as offered in this book. 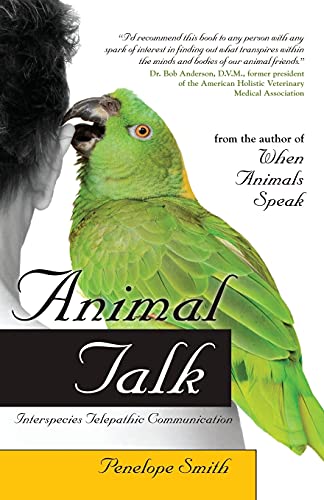 Animal Talk: Interspecies Telepathic Communication
Have you ever wondered what you cat or dog or horse is thinking? Animal Talk presents tired-and-true telepathic communication techniques developed by the author that can dramatically transform people's relationships with other species on all levels -- physical, mental, emotional, and spiritual. It explain how to solve behavior problems, how to figure out where your animal hurts, how to discover animals' likes and dislikes, and why they do the things they do. You can learn the language that will open the door to your animal friends' hearts and minds.
Buy Now

Listen to Your Intuition

In the journey of Jake and Neyteri, both must listen to their own intuition versus their social conditioning. Everyone is intuitive and developing it can deeply enrich your life. 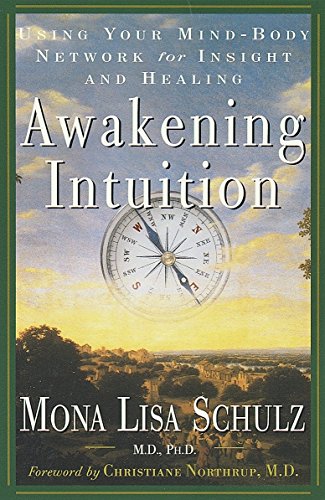 Awakening Intuition: Using Your Mind-Body Network for Insight and Healing
Schultz is a physician, neuropsychiatrist, and neuroscientist who has worked as a "medical intuitive" for more than a decade. Far from claiming extraordinary powers, Schultz believes we are all intuitive and can train ourselves to tap into our resources. "It's a real down-to-earth capacity that is available to anyone willing to tune in his transmitter and listen in to what's being broadcast," writes Schultz. "The information it offers us is practical, and it can immeasurably improve and enrich our lives."
Buy Now

Death Is a Natural Part Of Life

Death is Not To Be Feared

The Na'vi handled death with acceptance knowing the soul was returning to Eywa, the divine Mother of the Na'vi. A death was supported with ceremony. In this classic book, the Buddhist practices of accepting and preparing for death are every pertinent to us. It is true...to live well includes dying well.

The Tibetan Book of Living and Dying: The Spiritual Classic & International Bestseller: 25th Anniversary Edition
Through extraordinary anecdotes and stories from religious traditions East and West, Rinpoche introduces the reader to the fundamentals of Tibetan Buddhism, moving gradually to the topics of death and dying. Death turns out to be less of a crisis and more of an opportunity. Concepts such as reincarnation, karma, and bardo and practices such as meditation, tonglen, and phowa teach us how to face death constructively. As a result, life becomes much richer.
Buy Now

Reincarnation is an Option Too

The concept of the Avatar is an intriguing one...the consciousness shifts into an alternate body. This pretty much describes what happens in reincarnation. Through this concept Jake Sully experienced a miracle in his life. In this book, the same possibility is unlocked for the reader. 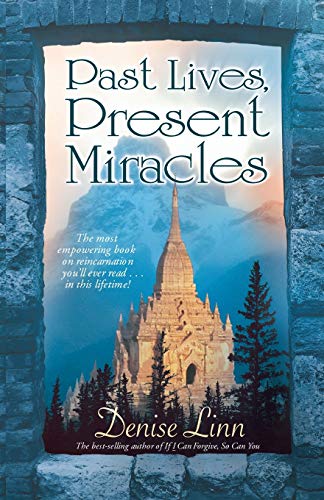 Past Lives, Present Miracles: The Most Empowering Book on Reincarnation You'll Ever Read...in this Lifetime!
Miracles can occur in your life, easily and effortlessly. It’s simply a matter of remembering who you are—and to do this it’s necessary to clear the blockages that stand between you and your soul. Almost all of these obstacles have their roots in your distant past, so it’s valuable to travel back in time to release them. However, most of us are so caught up in limiting beliefs about who we are that it’s almost impossible to take that journey. In this book, you’ll learn how to travel back to your previous incarnations to release buried obstructions so you can create the miracles in your life that you deserve! It’s safe, easy, and fun . . . and anyone can do it!
Buy Now

On Pandora, the world of Avatar, everything is bioluminessent. But we, too, radiate light through our energy fields. People with higher sense perception are able to perceive this light and science is beginning to be able to measure it as well. 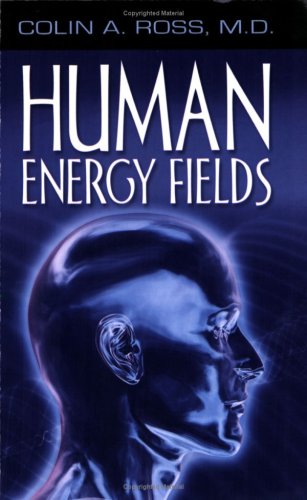 Human Energy Fields: A New Science and Medicine
In Human Energy Fields, Dr. Ross describes a hard science and medicine with applications, testable hypotheses, and instrumentation. The core proposition of the science is: the human energy field, called chi, the human aura, the life force, or the human spirit in different philosophical systems, and the electromagnetic field of the body are the same thing. Dr. Ross outlines practical applications of the science in many different fields including anthropology, medicine, agriculture, weapons development, security systems, physiology, and psychotherapy. He describes three specific devices that can be used in the study of human energy fields, and proves scientifically that, in one specific instance, western science is wrong about what is scientific and what is paranormal.
Buy Now

A Greater Consciousness Communicates to Us Through Signs

The Na'vi interpreted signs as presented to them by Nature and Eywa, their Divine Mother. Whether you believe you are talking to guides, angels, your higher self, the Divine or just your subconscious, interpreting signs can help you navigate more easily on your soul's path.

Divining the Future: Discover and Shape Your Destiny by Interpreting Signs, Symbols and Dreams
Learn the art of interpreting signs which often come through our dreams.
Buy Now

At its True Essence Science is Spiritual 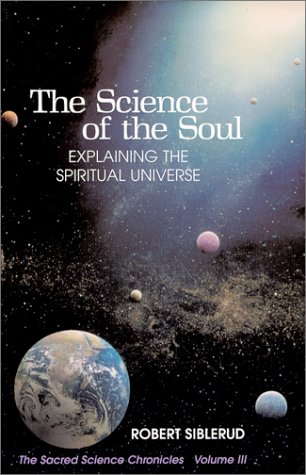 The Science of the Soul: Explaining the Spiritual Universe (Sacred Science Chronicles, Volume 3)
The Science of the Soul describes the nature and purpose of the soul, the most important aspect of a human. Age-old questions of life's purpose, why we are here, and human destiny are understood by understanding the soul. The books explains the involution (the Fall) and evolution of the soul, the concept of rebirth and destiny, the spiritual planes including Heaven and Hell, and the spiritual inhabitants and their hierarchy. The Science of the Soul examines the soul after death and the holographic science underlying spirit and matter.
Buy Now

To See The Divine in Another is To Truly See Them

Avatar's Version of Namaste is "I see you..." 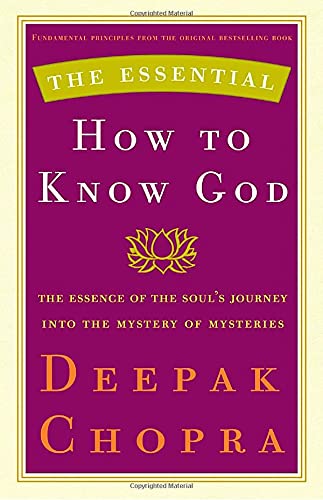 The Essential How to Know God: The Essence of the Soul's Journey Into the Mystery of Mysteries (The Essential Deepak Chopra)
According to Chopra, the brain is hardwired to know God. The human nervous system has seven biological responses that correspond to seven levels of divine experience. These are shaped not by any one religion (they are shared by all faiths), but by the brain's need to take an infinite, chaotic universe and find meaning in it. How to Know God describes the quest each of us is on, whether we realize it or not. For, as Chopra puts it, "God is our highest instinct to know ourselves." This book makes a dramatic and enduring contribution to that knowledge.
Buy Now

What Message Did You Get From Avatar?