What is the influenza pandemic of 1918?

There are many tragedies in the history of mankind, but one that should never be forgotten is the Flu of 1918. The Flu of 1918 lasted from June of 1917 to December of 1920. It had deadly effects worldwide, killing at least 3% of the world's population.

Surprisingly, many people have never heard of the Flu of 1918, even though it is one of the deadliest pandemics ever.

Why is the Flu of 1918 commonly called the Spanish Flu?

Have you ever wondered why the Flu of 1918 is commonly called the Spanish Flu? It isn't because it started in Spain, or because Spain was hit the hardest. The Spanish king, Alfonso XIII, grew ill with the flu, and had a lot of news coverage on his condition. Spain didn't censor the news, because it wasn't active in the war. The coverage of the King's illness gave the impression that Spain was hit the hardest, which is untrue. This led to the Flu of 1918 being called The Spanish Flu.

How Did it All Start?

no one really knows

No one is exactly sure how the pandemic started. Historian Alfred W. Crosby believes that the flu originated in Kansas, while others believe that it originated in the Far East, and also in Europe.

A fellow lensmaster, Widemouth left a comment on this lens with his theory on how the flu started. Here is a part of the comment: "I honestly wonder if they were testing early forms of biological weapons on the soldiers. I don't buy the burning manure story one bit. "

Do you agree with this theory? If it is true, the biological weapons sure worked well!

Some say that it started when soldiers in Kansas burned manure. It is thought that a dust storm swept through the state, carrying bits of the manure with it, and infected the population with some kind of unknown virus that would hit the world at full speed, killing vast numbers of people. Illness was first observed in the US at an army camp in Fort Riley, Kansas. One of the men reported that he was feeling ill, and was sent to the army hospital. It didn't seem strange until a minute later, when many other men reported in sick. It was beginning to get frightening when the men began to die off only a few hours after being accepted into the hospital. What could this fast acting and unknown illness be?

Not knowing what else to say, the men were listed dead by pneumonia. A week or two later, the illness disappeared as quickly as it came. Everyone felt safe, thinking that everything was back to normal. Little did they know what disaster was coming next.

This is a jump rope chant that children used to repeat during the pandemic.

I had a little bird,

His name was Enza,

I opened up the window,

How was the flu spread?

assuming the manure story is true

More men joined the army, and a few of them came from Kansas, where the manure had been burned. They brought the mysterious flu with them, spreading it to the other soldiers. As they fought in Europe, the soldiers passed on the flu to the French, English, and German. Now a worldwide illness, the flu was killing people everywhere. What made it different from other flu pandemics is that it killed the young and strong, not the old and sick. It also seemed impossible to cure.

More and more people began catching it, spreading it to others just by breathing near them. The flu was so quick to claim its victims, you could wake up in the morning as a healthy person, and be dead by nightfall.

People were going to parades for the war effort, and almost everyone who attended the gatherings got sick immediately. In an effort to prevent the flu from spreading, everyone was required to wear masks. One man was shot just because he refused to wear one. But the masks were to no avail, and people kept getting sick. What were the people going to do?

Did you know about the Spanish Flu Pandemic before finding this lens?

Trying to Find a Cure

The press tried to ignore the amount of people that were killed by the flu, but they couldn't. The amount of dead was so numerous; no one could ignore it. It seems hard to imagine running out of coffins and places to put them, but that is exactly what happened. Coffins piled up on the streets, and were left in front of people's homes. It seemed as if everyone would be killed by the flu before long, if a cure wasn't found.

Doctors were hard at work trying to discover a vaccine. No matter how hard they looked, they couldn't even find out what caused the illness.

Scientists closely inspected the germs, but couldn't find anything abnormal. Then they had a breakthrough, and discovered a bacteria that they believed caused the flu. The doctors quickly came out with a vaccine against the bacteria. Everyone hoped that the pain and suffering would finally end... but the vaccine didn't help. If the bacteria wasn't what was causing the flu, then what was?

It turns out it wasn't the bacteria that was causing the flu at all, but a virus. The virus caused liquid to fill up in the victim's lungs, and the person drowned in their own fluids. Back then microscopes weren't high power enough to see things as small as a virus, so the scientists and doctors were never going to find it!

Find out even more about the Spanish Flu! - some great books on Amazon 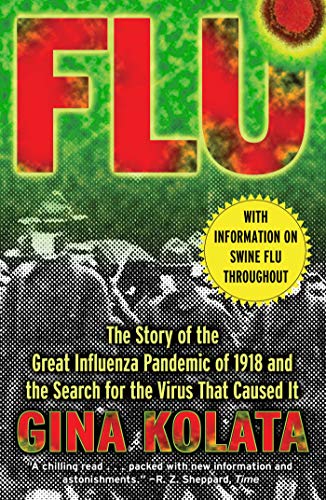 Flu: The Story Of The Great Influenza Pandemic of 1918 and the Search for the Virus that Caused It
Buy Now 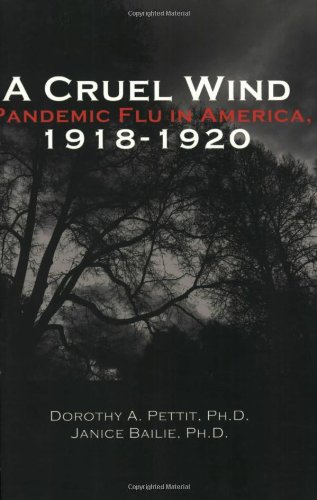 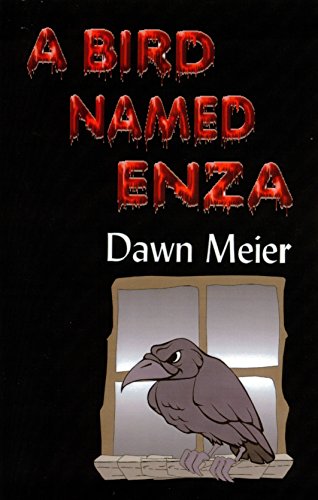 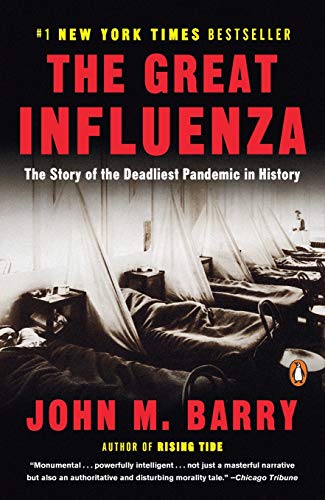 The Great Influenza: The Story of the Deadliest Pandemic in History
Buy Now

The War vs. Flu

The President Must Make a Choice

President Woodrow Wilson was faced with a decision. The army needed more men to fight World War I. He knew that if he drafted men, they would almost surely catch the flu on the cramped troop ships that brought the soldiers overseas.

I wonder how he felt having the responsibility of so many lives in his hands. It must have been very difficult to make a final choice. Despite the horrific consequences, Woodrow Wilson decided to send men overseas to fight the war.

Do you think that Woodrow Wilson was right in supplying men for the war effort?

Trying to Save Themselves

While doctors urgently tried to discover a vaccine for the flu, people decided to resort to old folk remedies. Some of the remedies seem disgusting, but people do drastic things when they are desperate. Some ate sugar cubes dipped in turpentine and kerosene, others mixed up their own medicines. It was all futile, because nothing seemed to work on this elusive killer.

Do you think you would have used these homemade treatments? 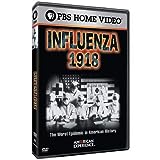 American Experience - Influenza 1918
This is one of the best documentaries I have ever seen. It is very educational, and is full of great information on the Flu of 1918. There are some wonderful interviews with people who witnessed the suffering first hand, and lived to tell about it. I highly recommend watching this documentary.
Buy Now

At Last, It's Over

By December of 1918, the worst of the flu was over. People began to build up immunities to the Spanish Flu. It ran out of steam, and slowly but steadily went away. The war had been over for a little while, and now the nation was trying to get back to normal. It was time to forget the devastating effects of this terrible influenza pandemic.

I wonder why so many people today are unaware of the devastating effects of the Flu of 1918. How would such a terrible pandemic just slip away into history? Maybe the survivors of the flu just wanted to forget about it, forget about all the pain and suffering that they endured. If that's it, then they did a good job. Still, we should remember this calamity that fell over the world, as it is an important part of our history.

Real Life Stories Told By Victims of the Flu

these and more can be found in the documentary: Influenza 1918

A boy and a couple of his friends went out to play one day on cedar boxes that were sitting on the sidewalk. They played on them the whole day, jumped off of them, climbed on them, and had a good time. When he told his mother what he was doing, she told him not to play on the boxes. There were people in the boxes... dead people. Just a few days later, both the boy and his friends fell sick with the flu.A girl's mother got sick with flu, and she wasn't allowed to go into her mother's bed like usual. She missed it so much that she was allowed to sleep in her own little bed in her mother's bedroom. But her mother didn't want her daughter to be unhappy, and let her into the bed. The girl herself became ill, and was glad about it, as she got to be sick with her mother, at least until the illness got very bad. Another girl's doctor told her mother not to feed her, because it was just wasting food. He said that she would die anyway. Apparently her mother didn't take the doctor's advice, as the girl recovered.

All of these stories were told by real people who had the flu, and survived to tell their story.

This lens was awarded a Purple Star!

thank you so much!

On April 1, 2011, this lens was awarded a purple star. When you land on a purple star lens, there will be a little purple star by the lens title. If you click on it, this is what it will say: "Lucky you! You've landed on a certified purple star lens. This page was handpicked by Squidoo's editors as one of the most remarkable pages on the entire site. So if you like it, "remark" on it: blog it, share it with a friend, and know you're spreading the word about something really exceptional on the web."

I am so honored to have this lens chosen as one of the best on Squidoo.

What are your thoughts on this devastating flu pandemic? Please share them!

Why don't you leave a comment? - I'd love to hear what you have to say!