Arizona for Teachers and Travelers

Are you looking for fun children's books, video clips, and activity ideas for teaching and/or learning about Arizona? Included are book suggestions for children, YouTube videos, our favorite worksheets and lapbook pages, a list of what makes Arizona special, and more -- all related to the state of Arizona! Whether you're a school teacher, homeschooling parent, involved parent, librarian, lifelong learner, or a student searching for ideas and books on Arizona, look no further!

What This State Special: Copper

Arizona is the leading copper-producing state in the US. The copper mining industry has been active since the 1800's. Even though Spanish explorers knew about the copper in the deserts of Arizona hundreds of years earlier, few people were willing to head into the inaccessible desert to mine the copper. Once a railroad was set in place through the area in the mid-1800's, the copper industry thrived (and many Native Americans were forced off their land).

In 1967 the original London Bridge was in need of expensive repairs, so they sold it to the highest bidder. In 1968 Robert P. McCulloch, a wealthy oil company owner, purchased the bridge for $2,460,000 and had it shipped stone-by-stone from London. He had it reconstructed in Lake Havasu City, AZ where it can still be seen today.

What Makes This State Special: The Grand Canyon

The Grand Canyon is one of the natural wonders of the world and receives visits from over 5 million tourists from around the world each year. It is over a mile deep at placed and is 277 miles long with gaps up to 18 miles wide. It was home to many Native American tribes, particularly the Puebloans (also called the Anasazi).

Our Favorite Picture Book on the Grand Canyon

The Adventures of Salt and Soap at Grand Canyon
This is the adorably cute true story of 2 puppies who travel through the Grand Canyon. The illustrations are a delight! My children (ages 2-9) loved this book!
Buy Now

Our Favorite Photographic Book of the Grand Canyon

Grand Canyon: A Different View
This is a gem! This 96 page coffee-table-worthy book of gorgeous photographs also includes information on how the Grand Canyon shows signs of being formed during a catastrophic flood (like the one during the time of Noah). The authors provide Christian/Creation-based guided tours of the grand canyon, so with this book you're basically getting that tour without having to pay for a ticket to AZ.
Buy Now

More of Our Favorite Picture Books on the Grand Canyon

Also look for the picture book Down the Colorado: John Wesley Powell, the One-Armed Explorer by Deborah Kogan Ray, which is about John Wesley Powell leading the first scientific expedition of the Grand Canyon. My children were enthralled by the account of the first person to lead a scientific expedition down the Colorado River through the Grand Canyon. Not only was it quite an adventure -- but he did it all with only one arm.

The children's picture book Charlie and Trike in the Grand Canyon Adventure (The Green Notebook Series) by Ken Ham is written from a Christian perspective. Follow a monkey and a triceratops as the hunt for fossils and search for clues to what happened during the flood during the time of Noah. It also includes fun lift-the-flaps. We also really enjoyed this book that provide a Christian perspective on the creation of the Grand Canyon, presenting evidence that it was formed rapidly after the flood during the time of Noah.

Arizona contains a number of Wild West Ghost Towns including Tombstone, famous for the gunfight at the O.K. Corral. The most popular visitor destination for those wishing to experience the old Wild West is probably Rawhide Western Town, which provides 1880's style entertainment.

Kitt Peak National Observatory has the world's largest solar telescope. It currently contains the largest gathering of astronomical instruments in the world, and it is located on a mountain in a part of the Sonora Desert that is owned by the Tohono O'odham Nation. They offer daily tours and allow for nightly sky viewings.

What Makes Arizona Special: Deserts and the Saguaro Cactus

The saguaro is the largest American cactus, growing to up to 70 feet tall. They are known for their white and yellow flowers, which blossom at night and help feed long-nosed bats and a variety of hummingbirds, orioles, woodpeckers, and finches. They also produce an edible fruit, which is the size of a kiwi fruit and tastes similar to a honeydew melon.

This Place Is Dry
This was too long for my younger ones (ages 2 and 4), but it was great for my 6 and 9 year old boys. It has a great overview of the Sonoran Desert and provides more information than is found in many of the shorter books.
Buy Now 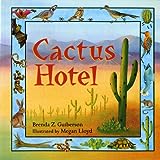 Cactus Hotel (Rise and Shine)
This is a great picture book on the animals that live in and around the saguaro cactus. My children (ages 2-9) all enjoyed this one.
Buy Now

More Good Picture Books on the Desert that We Enjoyed

There are a number of excellent picture books related to the desert region of Arizona. These were all ones we also enjoyed. Also look for: The Three Little Javelinas (Reading Rainbow Book) by Susan Lowell, Desert Giant: The World of the Saguaro Cactus (Tree Tales) by Barbara Bash, Creatures of the Desert World by National Geographic Society (a fun pop-up book), Here Is the Southwestern Desert (Web of Life) by Madeleine Dunphy, Katie of the Sonoran Desert: Based on a True Story by Kate Jackson, The Seed & the Giant Saguaro by Jennifer Ward, Deserts by Gail Gibbons, Around One Cactus: Owls, Bats and Leaping Rats by Anthony D. Fredericks, Who Lives Here? Desert Animals by Deborah Hodge, There Was a Coyote Who Swallowed a Flea by Jennifer Ward, Saguaro Moon: A Desert Journal by Kristin Joy Pratt-Serafini, The Gingerbread Cowboy by Janet Squires, The Tortoise and the Jackrabbit / La tortuga y la Liebre by Susan Lowell, and Way Out in the Desert by Jennifer Ward.

Good video clip on the Desert Museum, which shows some of the native plants and animals

The Navajo Code Talkers, Our Heroes

We Shall Remain (About Geronimo)

Arizona's state quarter features the Grand Canyon and a dessert landscape that includes a saguaro cactus.

Our Favorite Children's Books on Arizona

Our Favorite Picture Book Giving and Overview of Arizona

G Is for Grand Canyon : An Arizona Alphabet (Alphabet Series)
This is my favorite series on individual states. Each page has a simple rhyme concerning the word starts with that letter and then includes a bit more about that particular regional animal, location, etc. It provides a wonderful overview of what makes each state unique. Both modern and historical aspects of the state are includes. Plus, the illustrations are beautiful!
Buy Now

More of Our Favorite Picture Books on Arizona

Desert Digits: An Arizona Number Book (America by the Numbers) by Barbara Gowan, which is just like the above book but uses numbers instead of letters of the alphabet to go through what is unique about the state of Arizona.

A Journey With The Spider & Snake To Arizona by Beatrice Cook, which is a cute book about a spider and a snake who venture through Arizona, coming across the state bird, state flower, and many important regional points of interest.

Good Night Arizona (Good Night Our World) Board book by Adam Gamble, which is sturdy board book that also lays out what is special about Arizona. This is ideal if you have a baby or young preschooler.

The Mystery of the Lost Mine (Boxcar Children Mysteries #52) by Gertrude Chandler Warner, which follows the Boxcar children as they travel through the deserts of Arizona in search of a lost mine. This is 128 pages and is ideal for early to middle level elementary aged children.

The Case of the Dinosaur in the Desert (New Sugar Creek Gang Books) by Pauline Hutchens Wilson, which is about the Sugar Creek join winning a trip out to Arizona in order to participate in a real dinosaur dig. This is part of a Christian YA chapter book series. It is 144 pages and is ideal for middle level elementary aged children.

Mystery in Arizona (Trixie Belden Book 6) by Julie Campbell, which is about Trixie visiting her uncle on a dude ranch in Arizona. If you are not familiar with this series, they are similar to Nancy Crew books, but they include horses. It is 267 pages and is ideal for upper elementary or middle school level children.

Danger In The Desert by T. S. Fields is about two brothers, ages 9 and 11, who get kidnapped and must survive in the desert of Arizona.

Our Favorite Free Worksheets and Lapbook Pages on Arizona

(*You will need to cut and paste the links as I am limited in including live links on this page. I apologize for the inconvenience.)

There are a number of sites that offer excellent worksheets and lapbook pages that are perfect for making your study of individual states more meaningful and memorable. When we studied each of the states, we created a notebook with at least one page on each state and also included occasional lapbook pages related to that state. Below are some of the resources that we found to be most helpful when putting together our U.S. States and Regions notebook.

http://www.homeschoolshare.com/tortoise_and_the_jackrabbit.php offers free lapbook pages and activity ideas for "The Tortoise and the Jackrabbit" by Susan Lowell, which an Arizona-inspired version of the fable.

http://www.homeschoolshare.com/desert_animals.php includes free lapbook pages and activity ideas related to desert animals, which includes some of the deserts from the Sonora Desert.

http://www.50states.com/facts/arizona.htm lists numerous points of interest about Arizona. The site also includes a number of helpful worksheets, links, and information.

To see the activities we did when studying Arizona and the other Southwestern states (including making a desert diorama, studying cactus plants and making modern art versions of them, holding a fiesta, and more), go to http://iijuan12.hubpages.com/hub/southwest-states-lesson . (You will need to cut and paste the link.)

Man vs Wild: Bear Grylls in the Arizona Sky Islands does a great job of showing the flora and fauna of the state

Where is Phoenix, the capital of Arizona? 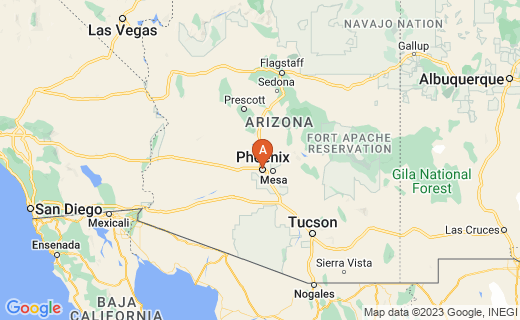 Have you visited Arizona yet?