The secret to true success is good health. As the saying goes "Health is Wealth", Yes! indeed it is true. One cannot be successful if health is compromise. Daily exercise, a good diet, healthy lifestyle, natural supplement and peace of mind can keep you up in good condition and maintain the balance of your body.

Today modern medicine has succeeded on treating many disorders in our body but yet none of today's medical science found a system that prevents deadly diseases.

A prevention system that is purely natural and adaptable for all conditions and all body systems. There are now extensive research in Herbs as the primary preventive source and healthy herbal and organic food products now take the lead in preventive systems. The king of Herbs known as Lingzhi in China and Reishi in Japan is now widely researched by many universities and research institutions.

Today, Lingzhi is still widely revered as a valuable health supplement and herbal medicine worldwide. Studies of Lingzhi are mostly conducted in China, Japan, Korea and United States into the medicinal and nutritional values of the said herb.

LINGZHI is the name form of the mushroom Ganoderma Lucidum, have worldwide distribution in both tropical and temperate geographical regions which includes North and South America, Africa, Europe, and Asia. It has been use in traditional herbal medicine as a herbal medicine for more than 4,000 years, making it one of the oldest mushrooms known to have been used in medicine.

In Chinese the word Lingzhi means "herb of spiritual potency" or some described it as "mushroom of immortality". Because Lingzhi has no known treatening side-effects, it has a good reputation in the East as the ultimate herbal substance. Some mild side effects, including dryness of the nasal passages, mouth and throat, as well as stomach upset and nosebleed. However, these effects were avoided by discontinuing use of the mushroom for one month after taking it for four months, and taking it again for four months, and so on.

Scientist discovered 252 active components benefecial and essential to the human body. It is an adaptogen which brings immense benefits to human body without any side effect. The two main components is Germanium which can promote blood circulation, can increase oxygen absorbing capability of the body and keep sufficient oxygen in the body. Polysaccharides, increases the number of antibody which improves immune system.

Because of the presence of many medicinal properties such as polysaccharides, germanium, ergosterol, coumarin, mannitol, lactones, alkaloids, unsaturated fatty acids, vitamins, minerals and triterpenes, Lingzhi may be use to treat or prevent diseases.

Where did you heard about Lingzhi? 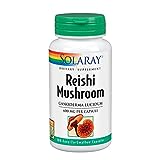 The prestigious Japanese doctor, Dr. Fukumi Morishige, M.D., Ph.D., was involved in the research of Lingzhi's role in cancer control at the Linus Pauling Institute in Japan.

The doctor has been a surgeon for 37 years and performed numerous operations including countless encounter on cancer cases. He stated that the key to cancer treatment is in its early detection. He also stated that there is no established method on preventing cancer, however he had attested Lingzhi to be the best method as of now. According to him Lingzhi is an effective in the treatment of cancer. The polysaccharides in Lingzhi are effective in suppressing cancerous cells.

Immunogloburin test determined the level of immunity. They have found that after using Lingzhi, the level of IgA, IgG, IgM increased. This indicates that Lingzhi can elevate the body's resistance to other diseases.

"A 39 year old female came to me with lung cancer and complications of the chest wall membrane. She had been told that she could not be operated on by the number of hospitals. She left in a hopeless state. Upon returning home, her husband started to feed her Lingzhi. After examination, I was suprised by the findings after six months, she had edema in her chest cavity, secondary to the cancer, and the symptom had completely disappeared. For a person who had already made her funeral arrangements and was waiting for death to rediscover there is hope for life, was incredible. X-rays had presented an even better picture when going through her medical history. She insisted that her improvement was the result of her husband giving her Lingzhi.

No wonder the Lingzhi mushrooms are called the "Celestial Herb" by the Japanese for its health giving properties. Modern science and cultivation methods have made this difficult to grow herb available for the past decade or two for everyone to derive the benefits.

It remains debatable as to whether lingzhi is a food supplement for health maintenance or actually a therapeutic "drug" for medical proposes. Thus far there has been no report of human trials using lingzhi as a direct anticancer agent, despite some evidence showing the usage of lingzhi as a potential supplement to cancer patients.

AT PRESENT, lingzhi is a health food supplement to support cancer patients, yet the evidence supporting the potential of direct in vivo anticancer effects should not be underestimated. Lingzhi or its products can be classified as an anticancer agent when current and more direct scientific evidence becomes available.