Algebra students often have to factor polynomials on their exams. Since tests are generally timed, most students would welcome anything that would save them time.

One thing that can make a test quicker is "Difference of Squares". If you can master this concept, you can save yourself a lot of time on standardized math test. 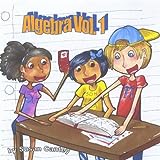 The Difference of Squares: What does it mean?

The picture here shows this concept in its most basic form (x and y can each be any number, variable or combination of number and variable that is a perfect square, like 4, 9, 16, x [squared], 16x [to the 4th power], etc.)

In the picture here, since 49 and 36 are perfect squares (49 being 7 [squared] and 36 being 6 [squared]), this works with this equation pictured here.

Why does it work this way?

Buy your fabrics on Spoonflower

If you sew, Spoonflower is a great place to find unusual fabric patterns and designs.

Did this help you understand "difference of squares"?