This isn't just a bunch of silly childish, like, "Take a number, multiply it by 9, add your grandmother's age, divide by the number of coins in your pocket, subtract your birthday, and I'll tell you some meaningless number, and bore you to tears with the whole thing."

The great science-fiction author, Arthur C. Clarke once wrote, "Any sufficiently advanced technology is indistinguishable from magic." That's how I see the Idea of magic. It is a sufficiently advanced method of accomplishing something which is not understood by most people. Or, as I like to say, "That which can't, and does."

The goal of Math Mojo is to help people who have not mastered the bland, boring way of old-school math, by introducing them to the "magical" ways of advanced thinking. It's actually easier than the drudgework, and it is much more fun.

What about those boring tricks?

Well, we can use them to teach some concepts. Just don't try to entertain anyone with them.

Most "math magic" tricks are too transparent to even deal with. OK, OK so I'll deal with one as an example of why we don't want to mess around with them too much:

Wow, isn't math boring! But it is easy to figure out.

Breaking it into steps:

This is the first part of what makes it a puzzle.

What you have actually done here is multiply your age by 100 and add 250.

To that, you are doing the rest of the equation. Which looks like this:

So if you do the two parts of the equation together, you have

I'm sure you can see how this simplifies to 100 x + secret number.

From there, you can understand that you are basically taking your age, putting two zeros at the end (which is the same as multiplying it by 100), and adding the secret number to that. Since the secret number is between 1 and 100, it will never have more than two digits. Adding a one or two-digit number to a number that ends with two zeros is the same as just taking the first number and sticking the second number behind it.

Simply put, the "magician" is saying, "Take your age and stick some number behind it. Now tell me what it is, and I'll tell you what you told me." Spooooky!

The reason that it seems puzzling is because the method artificially complicates the equation. This is a very primitive use of what magicians call "misdirection."

I wrote this e-book because I was disgusted with the way we are normally taught how to multiply. This booklet will open your eyes to a new world. You will learn a method to teach any child basic multiplication of single-digit numbers (what we normally call "the times tables" or "multiplication facts") in about two minutes.

The booklet then goes on to show how to "lock this knowledge in."

It also comes with seven e-mail lessons that will show you the math behind the method, so you can actually understand and show your child why it works!

And here's the big news: I've just added over a dozen videos to help you super-charge your learning and practicing. They are easy to follow and fun. I "hold your hand" as you practice, until you can do over thirty multiplications in a minute.

I truly believe that every parent and teacher should know what is taught in this booklet, so every child can have a meaningful, helpful method for dealing with this important subject.

You can order "Numbers Juggling - (Times without the Tables)" here.

The last words on boredom. After this, we do some real magic!

Please, please, please don't rush off and try to fool someone with this. It is a boring puzzle disguised as a magic trick, not really a magic trick at all. Magic should require that the audience be willing to suspend their disbelief in order to be amused. This kind of trick, on the other hand, requires you to bulldoze the audience with complicated nonsense in order to confuse them.

Dai Vernon (affectionately known among magicians as "The Professor") was arguably the greatest sleight-of-hand magician of the twentieth century. He was also possibly the greatest magic theorist of that century. One of his favorite sayings was, "Confusion is not magic."

Puzzles like this simply confuse people, which frustrates them. They are not amused, they are generally bored and annoyed. You may be amused, but you won't entertain anyone with this stuff. You won't fool too many people with it, either. Everyone suspects the trick works on the above principles, but they just don't know the exact equation. Not because they couldn't figure it out if they wanted to, but because they don't think it's really worth figuring it out.

Trying to entertain someone with a "trick" like this is like trying to be the "life of the party" by playing "Blowin' in the Wind" on your guitar.

I was going to say, "Leave the math tricks to the professional magicians," but it is a rare magician indeed who can make them interesting. And the ones who can are doing much more advanced things than the silly puzzle above.

Real magic, on the other hand (not the show kind) is what you use to improve yourself and the world. It is a method ("sufficiently advanced") that you can use to teach, learn and accomplish meaningful things.

Is there ANY value to those boring tricks?

There's nothing wrong with those little number-chestnuts as amusing little diversions that you can use to interest young children and new adult math-learners in learning some of the "mysteries" of how math works.

Figuring them out as puzzles is a fine recreational and pedagogical passtime. It's fun to figure out how things work. That's what separates them from good performance magic. With a good performance, the audience is enchanted. That is different from simply being fooled.

But if you waded through the above "trick" and explanation, you may have actually been interested in the ways the math worked. That is wonderful thing in itself. There are plenty of sites with simple number tricks on them, and I'm sure you can find them if you need to impress yourself or small children. (OK, I know I'm being snide, there. I'm kidding though, I know these things are fun to investigate.)

Now that we are finished with "number tricks," let's learn some real math with magical methods. That's better than hokey magic with mathematical methods.

Click on the link below for a great introduction to the power of using magic methods to do meaningful math.

Tons of tips to help you understand math, easily.

As a Bonus for signing up,

"10 Things You can do Right Now

to Help your Child Learn Math"

Ten nothing-to-buy tips you can

These are no-nonsense, easy-to-use tips that will

in a fun, friendly way.

Click here to start getting these great math tips for free! 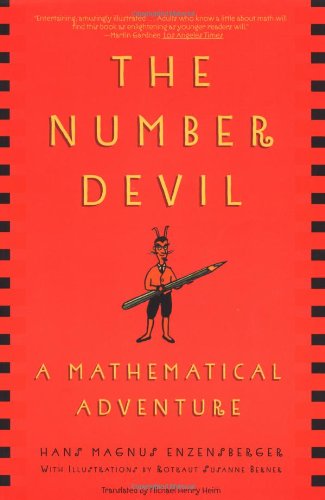 The Number Devil: A Mathematical Adventure
From the amazon.com review: "...introduce basic concepts of numeracy, from interesting number sequences to exponents to matrices. Author Hans Magnus Enzensberger's dry humor and sense of wonder will keep you and your kids entranced while you learn (shhh!) mathematical principles." Professor Homunculus sez: "If you are helping a child learn math, this book is a MUST!"
Buy Now 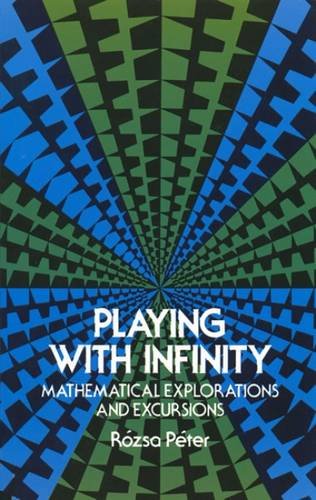 Playing with Infinity: Mathematical Explorations and Excursions
From the a reader's review on amazon.com: "This book explains the why's behind math from principles as basic as counting to as complicated as series, geometry, and even some calculus principles. It is written in a conversational tone with lots of pictures (yes, and numbers). Each chapter builds upon the last, and it is easy to follow (though sometimes dense). It was my first "fun" math book and is still by far my favorite." Professor Homunculus sez: "I couldn't agree more!"
Buy Now

Mathematics for the Million: How to Master the Magic of Numbers
This book is a classic. It was the book that launched the intellectual self-improvement movement in America. It is perhaps the best book on general math ever written. Hogben takes you from the birth of mathematics to calculus in a lucid, human way. Even if you use only this one book, you will not only understand everything you will need for all of high-school math, and most of college math, but you also have a good basis for understanding the spirit of mathematics. H.G. Wells called it, "A great book, a book of first-class importance."
Buy Now

What is the basic reason you are interested in learning math by magic?