Was the Moon Landing Faked?

Conspiracy theorists argue that NASA's Apollo moon missions were faked, they present some interesting information and theories which are explored here. Examine the evidence and decide for yourself, was the moon landing a hoax?

Was the technology of the late sixties sufficient to deliver men to the moon? At that time digital computers were in their infancy, huge noisy machines that filled rooms with their bulk. The Apollo module would have had less computing power then today's pocket calculators. With little room for error in the millions of calculations needed for a manned moon mission the computers of the day seem questionably adequate.

Battery technology was also much bulkier and less efficient then what we now have. Today a laptop battery provides about 4 hours of use between charges, a cell phone might last a couple of days if not used too much. The Apollo spacecraft would have required a weeks worth of continuous power to vital systems such as communications, navigation, heating and cooling from batteries that would be adding precious weight to the craft.

It was less then ten years after president Kennedy's monumental announcement in 1961 of his desire to put a man on the moon that this amazing mission was supposedly accomplished on July 20, 1969 by Neil Armstrong and Buzz Aldrin during the Apollo 11 mission. Five other Apollo missions also landed astronauts on the Moon, the last one in 1972. These six Apollo spaceflights are the only times humans have ever landed on another world.

It has been 35 years since we last went to the moon, why have we not returned? A NASA estimate in the 1980s projected that it would take up to 20 years to put a man on the moon again.

JFK and the Unspeakable: Why He Died and Why It Matters
Buy Now

Although NASA say the Apollo astronauts did not bring artificial lighting to the moon, analysis of the numerous photos and video footage taken on the moon indicate multiple light sources. These anomalies can be seen in various shadows and highlights that are inconsistent with each other as well as the natural lighting that would be available on the moon.

For example, in this photo of Astronaut Ed "Buzz" Aldrin Jr. coming down the ladder on the Lunar Module Eagle. The picture was supposedly taken on July 20, 1969 by Neil Armstrong, who, moments before, had just become the first man to step on the Moon. If you observe the shadows on the ground it is clear that the Buzz and the Lunar Module itself should both be in shadow, however they are clearly illuminated. Is the proof in these details?

Video evidence suggests that the Apollo Astro-Nots achieved the look of walking on the moon with the assistance of suspension wires and slow motion playback.

The Van Allen Radiation Belt is a torus of energetic charged particles (plasma) around Earth, held in place by Earth's magnetic field. Energetic electrons form two distinct radiation belts, while protons form a single belt. Within these belts are particles capable of penetrating about 1 g/cm2 [2] of shielding (e.g., 1 millimeter of lead, nowhere near what the light weight apollo capsules had). Humans, solar cells, integrated circuits, and sensors can be damaged by radiation and even modern space shuttle flights have not approached these areas. The apollo missions supposedly ventured through these highly radiated areas both traveling to the moon and returning without effect.

How did they film this? - Unmanned Camera Pans and Zooms

You would think that the blast from a 9,870 LB thrust rocket engine would cause a blast crater under an Apollo Lunar Module, not to mention a trench dug out the length of it's approach. Strangely there is no evidence of this on the photos and videos that show the LM neatly sitting on the moon's surface.

How those Astro-nots ever managed any sort of communication with the noise is also a mystery.

This is a demo of a 7500 LB thrust Lox/Methane rocket engine so you can see the raw power and resulting clouds of dust.

The Footage We Weren't Meant to See

Are the Apollo Astronauts simply fed up with confrontations with conspiracy nut jobs or are they trying to hide something?

The last video shows what Buzz Aldren thinks of these conspiracy theories!

Why Fake the Moon Landings?

At the height of the cold war in the sixties much was to be gained in winning the space race. The Space Race was a competition of space exploration between the United States and Soviet Union, which lasted roughly from 1957 to 1975. It involved the efforts to explore outer space with artificial satellites, to send humans into space, and to land people on the Moon.

Though its roots lie in early rocket technology and in the international tensions following World War II, the Space Race effectively began after the Soviet launch of Sputnik 1 on 4 October 1957. The term originated as an analogy to the arms race. The Space Race became an important part of the cultural, technological, and ideological rivalry between the United States and the Soviet Union during the Cold War. Space technology became a particularly important arena in this conflict, both because of its potential military applications and due to the morale-boosting psychological benefits.

It is interesting to note that when the Soviets finally developed the tracking technology to observe American missions to the moon, the program was terminated.

One Small Step? - Were the famous moon landings simulated by NASA?

Bestselling author Gerhard Wisnewski dissects the history of space travel in minute detail, beginning with the first Russian missions in the early 1960s, to the final American moon project of Apollo 17 in 1972, and onwards to the American landings planned in future. Using forensic methods of investigation, he pieces together a complex jigsaw to reveal a disturbing picture of lies, falsifications and simulations. Not only does he cast serious doubt on the possibility of humans ever having landed on the moon, but he also reveals a catalogue of untruths and propaganda in the Cold War struggle for supremacy between the Soviet Union and the USA.

One Small Step? : The Great Moon Hoax and the Race to Dominate Earth from Space
Buy Now

NASA T-Shirts - Are you a NASA supporter? 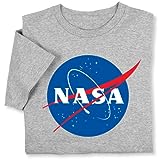 POLL: DID WE LAND ON THE MOON?

So you've seen some of the evidence, now let us know what you think, did we land on the moon? Vote Now!

Did We Land Men on the Moon?

Read All About It - Learn more about the Apollo missions.

Reader Feedback - Do you think the moon landing was faked?