Why Was Pluto Demoted?

When I was growing up, we were taught that there were 9 planets, Mercury, Venus, Earth, Mars, Jupiter, Saturn, Uranus, Neptune and Pluto. Pluto, we were taught, was discovered in the 1930s. When I was going to school, Pluto was thought to have no moons, later they found a moon and named it Charon (after the "ferryman" in mythology who ferried the dead to Hades). Since then, Nix and Hydra and two other moons have been discovered. So how is it that something substantial enough to have at least 5 moons was demoted to a "dwarf planet"?

Find Out More About Pluto from Amazon 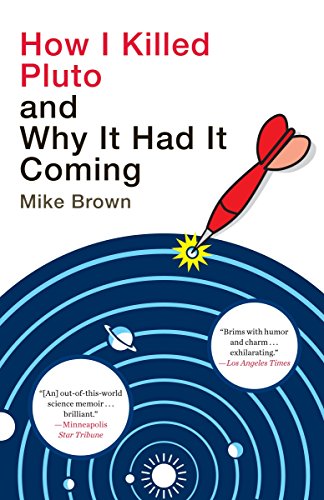 So What's the Issue?

So, as a good fan of the planet Pluto, I went to find out what the issue was. Why were they demoting my favorite little planet?

Well, apparently the scientists who work on these sorts of things (Astronomers) found some planetary type bodies in our Solar System. One of the planetary objects they found was named Eris. Eris, strangely enough, is larger than Pluto. But is that enough to change Pluto's status?

Why was Pluto demoted? Why didn't they promote Eris? Ceres, another planetary body, is now also considered a Dwarf Planet, but Ceres is a bit smaller than Pluto and Eris. When I was in school, I recall Ceres being considered an Asteroid. Asteroids are sometimes irregularly shaped, so perhaps that is why Ceres was promoted to a Dwarf Planet.

The Pluto Files: The Rise and Fall of America's Favorite Planet
Buy Now

The Planets as I Learned Them

While I know Pluto is no longer a planet, this is how I learned it.

How did you learn about the planets? - Did you learn that Pluto was a Planet or a Dwarf Planet?