Who Was President James Monroe?

Monroe for Teachers, Students, & All Who Love to Learn

Looking for great YouTube video clips, books, and free worksheets and lapbooks for teaching and/or learning about President James Monroe? Here you will find my favorite picks we used while studying the individual Presidents of the United States. This is part of a series of lessons I posted on individual Presidents. You can find links to all the lessons at President's Day Unit Study .

Do You Think James Monroe Was a Good President?

Just the Facts on Our 5th President

We found these to be helpful when creating a notebook, lapbook, and cooking project on President James Monroe.

John Monroe's Favorite Foods provides a description of some of Monroe's favorite dishes.

Presidential Statistics and Points of Interest includes an overview of James Monroe's life and some fun points of interest.

James Monroe: Fifth President, 1817-1825 (Getting to Know the US Presidents)
This is a good overview of Monroe's life, with a focus on the significant events of his presidency. It has cute illustrations that keep the attention of both younger and older children.
Buy Now
Click thumbnail to view full-size

More of Our Favorite Children's Books

James Monroe: Young Patriot (Easy Biographies) by Bains is a good longer picture book biography on Monroe that covers his entire life. It has black and white illustrations. How To Draw The Life And Times Of James Monroe (Kid's Guide to Drawing the Presidents of the United States of America) by Miriam J. Gross is part of a wonderful series that combines the presidents of the United States with art. Even my 6 year old could follow the drawing directions and my 9 year old created some impressive drawings while learning more about James Monroe. James Monroe: Good Neighbor Boy (Childhood Of Famous Americans Series) by Mabel Cleland Widdemer is a chapter book that focuses on his childhood and the events that created him to be the man that he became. Only the last chapter addresses his accomplishments as an adult. This book includes black and white illustrations every few pages. It is ideal for an elementary aged child. My children really enjoyed this book!

Monroe's presidency is most noted for the Monroe Doctrine which stated that North and South America were closed to European colonization, and that Europe should refrain from involving the U.S. in European affairs.

James Monroe set some presidents when it came to inaugurations. His 1817 inauguration was the first to be held outdoors. At his 1821 inauguration, the U.S. Marine Band played, and that has continued on as a tradition for presidential inaugurations.

The years of Monroe's presidency were thought of as "the era of good feelings." Monroe was the last of the war heroes of the American War for Independence to be elected as president. He even continued to wear the old fashioned tricorn hat, knee breeches, and shoes with large buckles. He was so popular during his first term that no one ran against him for his second term in 1820. In fact, he received all but one electoral vote. The only reason for that was because the delegate from New Hampshire thought that George Washington should be the only president elected unanimously. (Info Credit: http://www.potus.com/jmonroe.html )

This was our favorite YouTube clip that covers his presidency. It is appropriate for children to watch.

Where was James Monroe buried?

James Monroe died shortly after visiting with John Quincy Adams. He died on July 4, 1831, making him the third president to have died on Independence Day, July 4. He was eventually buried at Hollywood Cemetery in Richmond, Virginia. It has been described as "The Birdcage" because of its design. His tomb is near John Tyler's tomb.

James Monroe was buried in Hollywood Cemetery in Richmond, Virginia. 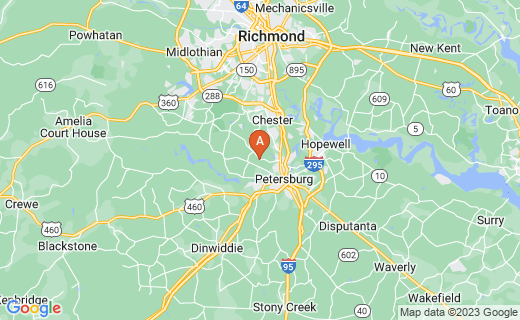