Society of the White Boar

Richard III (the real one, not to be confused with the Shakespeare villain) was a much maligned king of England who reigned form 1483 - 1485, when he was deposed by Henry Tudor, Earl of Richmond (future king Henry VII) at the Battle of Bosworth.

A number of years ago I belonged to the "Richard III Society" (the reason and stopped was the cost, which is also the reason I don't rejoin). The logo of the Ricardian (the newsletter of the group) was a white boar (symbol of Richard III) with a ribbon reading "Loyaulte me lie" (Latin for "Loyalty Binds Me" and Richard III's motto).

(If you don't know the story of Richard III, you may want to read King Richard III - The Carpark King. It tells the story pretty well, though it leaves out a few points.

Don't Believe Everything You Read in History Books

I am a huge supporter of Richard III, a bearer of the white boar and a white rose Yorkist. I got started many years ago (35, possibly 40) by reading Josephine Tey's "The Daughter of Time" -- my Mom had read it and said thought my brother and I (both teens at the time and both very interested in History) would enjoy it (and we did!). I had a theory about Richard, who was fiercely loyal to both his brother, Edward IV, and Edward's sons, Edward (eventually Edward V) and Richard. In those days, the Tower of London was a royal residence (not the prison it became later) and therefore, it would be strange for Richard to house his nephews there.

In any case, I believe that Richard of Gloucester, fourth (and then only surviving) son of Richard, Duke of York, truly believed that his brother Edward had been previously betrothed and that his sons were, therefore, ineligible to be king (to my mind, based on what I know about him, this is the only thing that makes sense). I further believe that Richard knew that there were Lancastrian (or pseudo-Lancastrian) claimants to the throne amassing armies and waiting to pounce, so he hid the boys, knowing that if he defeated all the claimants, he could call the boys back to court but if he were killed (he was a bit fatalistic about this, particularly after his wife and son died) they would be safe (I believe he hid them in the north, where he was particularly popular).

After I formulated this theory, I saw in article in the Ricardian that Hans Holbein, court artist to Henry VIII (son of Henry of Richmond and Elizabeth of York -- sister to the nephews) put a rebus hint into one of his paintings that Richard Duke of York (Edward V's younger brother) was still alive and lived in Henry VIII's court (and even outlived his nephew, Henry VIII). I thought this would tend to support my theory.

To those people who think Richard killed his nephews, Richard had nothing to gain by killing them, but Henry did (though I doubt he did either -- I think, had he (or Richard) killed the nephews, Henry would have paraded their bodies around to show that Richard was indeed a monster who had killed his nephews). Henry certainly had more to gain by their deaths -- it would have solidified his claim to the throne, whereas Richard didn't need his claim solidified.

The Last Plantagenet: The Pageant of England, Vol. 4
Buy Now

Plantagenets: The Kings That Made Britain
Buy Now

The Conquering Family: The Pageant of England, Vol. 1
Buy Now 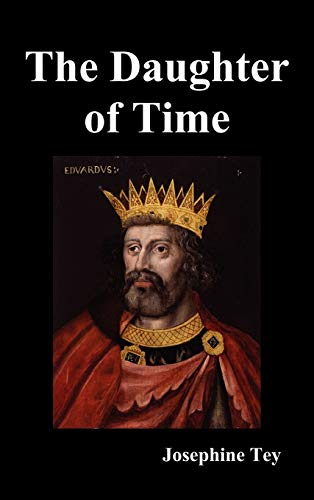 The Daughter of Time
Buy Now

Have You Read About or Studied Richard III?