Which is more important and better in physics, chemistry and biology

After a long period confused students, teachers and parents decided to bring all three renowned subjects face to face. Place and time were fixed and audiences were seated according to their subject of interest. Engineers, astronomers and mechanics were in support of physics; doctors, hakims, nurses and botanists were excited to go with biology; and druggist and chemists were ready to work like catalyst for the chemistry.

Who is the judge?

All was set and everyone was excited to listen to their beloved subject, and one more issue mystifying them all was who will be the arbitrator? And then came the announcement "All rise, court is now in session, the honorable Judge mathematics presiding…. Please be seated and come to order. " All were amazed to find the intimate and best friend of physics to be the judge. 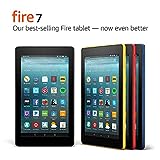 As in the first round chemistry and biology were called upon for deliberate debate, Physics was sitting at ease in his chair.

Mathematics: my fellow brothers here we are not to fight with each other but to obliterate confusions in the mind of teachers, students and parents about which branch of learning amongst you three is more important for them and how you all three are related and allied. I hereby permit Biology to forward his opinion first.

Biology: (Addressing to chemistry) my dear friend; ‘C’ only comes after ‘B’. If you examine me in depth my every topic is full of chemical reactions but 'life' is one more thing I talk about. Your basic elements are just little more than hundred but for me millions of species are like basic constituents for me. If from mere hundreds of them you can make millions of compounds then imagine what is my span?

Chemistry: if the judgment is to be made merely upon the alphabetical order then I would like to remind my friend that my initial and original name was ‘Alchemy’. My numbers of elements are insignificant against your count of species, but tell me can two different species reproduce!? (The silence of court was broken with uproar of laughter).

Biology: in every school difference between living and non living is taught, and humans care for living creatures more than nonliving things, then why the field of study concerned with living creatures should be rendered less important than the study of chemicals which don’t have any control over their behavior.

Chemistry: you are on the right track my beloved friend, according to you I am associated with non living chemicals which of course cannot wish. Nevertheless, those non living things are unprocessed raw materials for living beings, and the processes which transform them 'from thing to being' are chemical reactions. Hence if you are proud that you are associated with living being then according to modern experiments some very special chemical reactions caused reactants to evolve into a sort of living beings. Hence the origin of life is my area of concern, and the cause is more important than the effect.

Mathematics: dear friends both of you are reasonable in your views and your arguments are convincing but I want to remind Mr. Biology that his subject of concern is living beings and not 'soul' or 'life' itself, he would be most important if he were to deal with soul. You are correct Mr. Chemistry as you mentioned that soil, water and other nutrients are non living, but when they are sucked in by 'tree roots' some chemical reactions make them components of the living tree, as if they were there from the beginning.

I spell hereby my words of judgment between Biology and Chemistry; It’s true that most of the chemicals were discovered first in the body of living beings, but biology was unable to analyze them, and chemistry did the job properly, in that view of fact chemistry is building block for the study of biology and without it living beings can’t be studied properly. Additionally Living beings are free to act as they wish and chemicals strictly abide by their code of conduct. But Biology should recognize that every movement, act, response, and even sensory activity is stimulated with chemical reactions. Without chemistry biology is lame and blind, whereas nonexistence of biology doesn't affect school of chemistry. Accordingly the significance of chemistry is evident.

Bailiff: second round of debate will be conducted between chemistry and physics considering that the biology is declared less significant than chemistry.

Mathematics: At elementary level physics and chemistry you both share equal repute among scientists. It would be very interesting for others to listen you both. I feel privileged to judge you both in view of the fact that 'Marie Curie' is more appropriate to decide between you both because she is the only person to be awarded Nobel Prizes in both chemistry and physics - well Since the chemistry has won the first round he is supposed to begin.

Chemistry: on the contrary to go by alphabetical order I will preferably go by statistics, chemists in US are 4 times than the physicists. I am sorry to say that you are merely physics which only deals with motions and forces, they are very easy to study, and you also don't include various complications as I and biology cover.

Like I mentioned earlier I was originally called 'alchemy' which means it has potential to transform base metals to silver or gold. So now what's your talent?

Physics: the stats you gave are bounded only to labs, and unfortunately chemistry doesn't have any scope beyond laboratories, history knows well that chemistry is never able to predict the outcome of any reactions until they are performed in laboratories. But physics is not tied to any physical place or instruments, many times results can be predicted with mere mathematical calculations and logic. Physicists are mostly independent or employed by many small and private companies so they are uncountable unlike chemists.

As the honorable judge mathematics told ' we both share equal credit for elementary level knowledge'. Further I hereby remind you that you denied extending your studies beyond valance electrons (outermost electrons). Hence I took the onus for discovering elementary particles which were building blocks for proton, neutron and electron and I named them quark.

And your pride of being named Alchemy is baseless because until now you haven't managed to justify your name practically. And as you don't have any details deeper inside valance electrons you can't practice it, and you know well that changing base metal to gold is not mere transfer of electrons but it needs manipulation of protons and neutrons and possibly of quarks. Thus I will decide with my knowledge of all elementary particles whether this transformation is possible or not.

The argument which you made against biology, in fact performs better against you. You may be able to explain chemical behaviors to a great extent but every reaction in any state, pressure and temperature are based on the forces of basic elementary particles, which only I can explain.

(After listening keenly, smile was apparent on the face of mathematics)

Mathematics: it was very difficult to judge between you but arguments of physics has made the issue clear; chemistry anywhere in his efforts depends on physics and can't proceed without it. Any kind of force it may be but all its controls are in the hand of physics and chemistry only uses it. Thus I declare physics as a key to chemistry, and is more important than biology and chemistry both.

You are superior than math

which one do you think is most important physics, chemistry or biology?

As the final statement was declared all the scholars were busy to chatter about the conclusion and consequences. Chemists and biologists were engaged in blaming mathematics for partiality because physics always needs him and nobody else is using math more than physics.

Physics started thanking mathematics for the judgment he gave, and added compliments regarding number systems and statistical analysis which so preciously developed and preserved by mathematics. The moment when everyone was leaving the 'court room' biology humbly asked, "Mr. honorable judge could you please tell us how did you acquired these number systems and statistical instruments? Don't you think biology has role in it?"

The audience left with the greater confusion than they had entered with them. Let's see what they will do next to resolve it.