Shipwrecks draw out the curiosity in us, as we imagine the lost pirate vessels at sea, and some of the enormous treasures that went down with some famous ships in the past.

Some people get so caught up in it, that they spend their entire lives researching, mapping, and searching for these lost vessels at sea.

Nothing stops these people, even when tragic deaths result from their search; they just use that as an impetus to keep on going.

Boat wrecks aren't restricted to the oceans of the world either, as many boats have been lost on the huge inland lakes, and of course a number of smaller ones are lost consistently on lakes across the world.

I remember when I lived on Lake Superior when the Edmund Fitzgerald went down, and it was the main news for a long time in the midwest, as people from around the area populated a lot of the ship's crew.

Gordon Lightfoot fans may remember he wrote a song about the tragedy named simply "The Wreck Of The Edmund Fitzgerald."

While shipwrecks on freshwater lakes don't get as much press coverage, there are literally thousands of ships lost on Lake Superior alone. 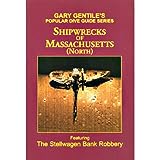 It's about impossible to track the number of shipwrecks in the world, as you can take any area that has access to water, and the numbers of ships lost at sea are staggering.

Any place in the United States that has surrounding large bodies of water are included, whether it's salt or fresh water vessels.

Even taking a single State in America, or an individual country could take you a lifetime of research to not only find out about all the ships lost, but then to get the information connected to them.

I think what it is about shipwrecks is the combination of force of the sea destroying the works and lives of men, along with the romanticism of the crew fighting for their lives and the survival of the ship. The other side of this is who was on the ship and what the cargo was.

Pirate ships, ships loaded with gold, and ships carrying important people on important tasks are all part of myth, lore and legend that continues to fascinate even the casual observer.

Probably the man most responsible for stirring the imaginations of people interested in ships that were lost with reputed huge treasures in our generation was Mel Fisher.

He chronicled the steps he was taking and the huge losses incurred in his obsession with finding the Nuestra Senora de Atocha, otherwise simply called the Atocha.

When he eventually found it, he had lost a son and daughter-in-law - Dirk and Angel - and had to fight over 100 court battles before the approximate treasure recovered from the Atocha of over $450 million went to him and his investors.

It's estimated that this is only half of the treasure carried by the Atocha.

Now that Mel Fisher did what no other had done to that time, governments have flocked in attempts to get their greedy hands on the reasure so many have worked so hard to recover, now calling them antiquities in order to cover up the fact they just want a cut of the money for those ships that carried treasure.

Nations across the world are doing this, including the United States.

Mother of all Shipwrecks - The Titanic

The mother of all shipwrecks of course was the Titanic, which has continued to capture the imagination of people around the world, who don't seem to get enough of the story, and authors and Hollywood are glad to continue providing it for them.

Probably the largest part of the controversy concerning the sinking of the Titanic was the lack of necessary lifeboats to provide for the safety of the passengers in case of a tragedy like this happening.

Over 1,500 souls perished in the Titanic shipwreck.

Titanic a week before being lost at sea

We'll always be fascinated by shipwrecks

As long as ships roam the sea, and the inevitable losses that the unforgiving sea brings for those inhabiting them, the public and those fascinated by the events surrounding them, and the inevitable mystery ... and in some cases - conspiracy theories accompanying them, there'll never be a lack of stories and searches for the ships and treasures lost at sea.