The Sport of Spider Fighting

Spider fighting is a big sport in Japan and the Philippines.

The Kumo gassen is an annual traditional event of spider-wrestling match. This event is a long unbroken tradition for four hundred years. Most people in Kajiki rear samurai spider. All the spiders in the event are female Black and Yellow Argiopes. Spiders are raised carefully and live with their owners, free to wander in the house and make cobwebs around.

Spectators and players gather here to watch hundreds of spider match and the game goes on for seven long hours. Japanese spiders who are mostly black and white Agriopes, which is a kind of garden spiders, are called "samurai spiders." In the Philippines, spider fighting culture is major sport and many Filipino children are engage in this kind of game.

Normally a spider will not fight another spider in nature. This fighting, biting and wrestling that gets the spectator excited is provoked by the humans who participate.

Note: Personally I don't condone with this sort of activity. I feel that it is cruel. I'm only showing that something like this exist. I have a fascination and special respect for spiders. I use to fear them. I feel that I have toughen up a bit over the years and can even live with spiders as long as they don't get too close. Though I have been guilty (despite my name) to vacuum up a spider or two.

A Spider-Fight: Held on Kyusyu Island in Japan

This is Not a Cockfight

Spider Fighting in the Philippines

Everything Spider on Amazon 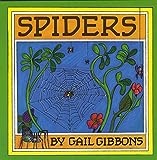 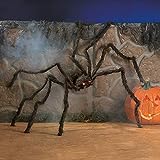 The practice is now generally discouraged since it damages educational performance of children. They spend too much time hunting and training spiders that lessons and homework are missed. They might also be attracted to gambling. Ordinances against the sport are now in effect in some cities. The sport might also be indirectly responsible for crop damage since spiders are useful in controlling insect pest populations.

Spiders Shirts on Zazzle - Fun for Everyone to Wear

Custom Shirt Comes in All Sizes From Baby to Adult

Hey...Is there something on my back? Shirt- Available Here

I am not an insect!

A spider is not an insect and belongs to a special class called Arachnida. They have no wings or antennas. A spider has 8 legs and can run and jump. Spiders catch their prey by spinning webs that the insects fly into and get trapped by the sticky threads. A spider must be careful not to entangle itself upon its own web. Many people are afraid of spiders, but they are an important part of our ecosystem. They eat bugs for us that are considered pests. Most spiders will not bite, and only a few are considered dangerous.

Spiders have two body segments. The front segment is called the Cephalothorax. The spider's eyes, mouth fangs, stomach, brain and the glands that make the poison are on this part of the body. The legs are connected to this part, as well. Most spiders have eight eyes, but some have less. Spiders also have these tiny little leg-ish things called 'pedipalps' that are beside the fangs. They help to hold prey while the spider bites it.

The second part of the body is called the Abdomen. The back end of the abdomen is where the spinnerets, the silk producing glands, are. The spider's body has an oil on it to keep the spider from sticking to it's own web.

Spider's legs are covered with many hairs. The hairs pick up vibrations and smells from the air. At the end of the legs are, at least, two small claws. Spiders have 48 knees. Eight legs with six joints on each.

Spiders do not have a skeleton inside their bodies. They have a hard outer shell called an 'exoskeleton'. Because it is hard, it can't grow with the spider. So young spiders need to molt, or shed their exoskeleton. The spider must climb out of the old shell through the cephalothorax. You can imagine how hard it must be to pull all those legs out! They are pretty helpless at this point. Once they are out they must stretch themselves out before the new exoskeleton hardens. This gives them a bit of growing room. As adults, they stop growing and do not need to molt.

Amazing Gifts with a Bite - Web in Some Fun

(The link for these is located above on this page.) 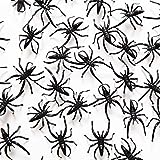 Spiders and Their Kin

Spiders and Their Kin: A Fully Illustrated, Authoritative and Easy-to-Use Guide (A Golden Guide from St. Martin's Press)
Buy Now

This spider is an argiope, which is a group of large spiders that hang head down in the center of their webs waiting for prey. All agriopes belong to the family of arachnids known as the Orb Weavers, because of the eccentric webs that these spiders weave. Often times, an agriope web will have zigzag bands, as did this spider, which was seen at Up Yonda Farm last summer. Black and Yellow Argiopes are good to have around, because they eat bees, hornets and wasps.

This is the spider most commonly used for spider fighting in the Philippines. 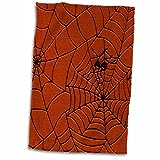 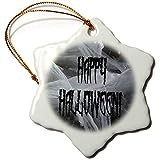 Theses are from 3DRrose. Search results in search bar for keyword 156740

Spider Lover or Not... - Thanks for visiting! Be sure to sign the guestbook!