The Winter Solstice - Eclipsing the Moon

The Eclipse of the Moon

A total lunar eclipse is seen as the full moon is shadowed by the Earth.

The photo here were taken by myself when this happened with the first day of the winter solstice in 2010 on Monday December 20th and lasted almost three and a half hours until early Tuesday morning on the 21st.

Guess what there are more Total Lunar Eclipses coming:

In 2016, there will be two penumbra eclipses, (where the outside shadow of the earth covers the moon. Very subtle shadows, the part of the moon closer to us is darker. The dates for this is March 23rd and September 16th, 2016.

What causes a Lunar Eclipse?

A lunar eclipse occurs when the Earth lines up directly between the sun and the moon, blocking the sun's rays and casting a shadow on the moon.

When I went outside last night just around midnight, this is what the moon looked like. A dark shadow creeping over it. I was surprised it was so already shadowing so quickly as I knew it was supposed to last for a few hours.

As soon as the shadow of the Earth passed over the moon, the moon turned a deep burnt orange color.

"The moon takes on this new color because indirect sunlight is still able to pass through Earth's atmosphere and cast a glow on the moon. Our atmosphere filters out most of the blue colored light, leaving the red and orange hues that we see during a lunar eclipse. Extra particles in the atmosphere, from say a recent volcanic eruption, will cause the moon to appear a darker shade of red."

"I miss the Moon"

My son Brandon during the eclipse!

The Moon looked like an Orange Ball hung in the sky when it eclipsed last night. It was amazing how well you could see the details of the dark spots on the moon because you weren't looking at the light reflecting from the sun.

Is it safe to watch a Lunar Eclipse? - Yes it is!

What causes the ellipse of the moon?

Perfect Alignment of the Sun, Earth and Moon cause an Eclipse - Lined up perfectly!

A lunar eclipse occurs when the moon passes behind Earth, into Earth's shadow. This type of eclipse occurs when the sun, Earth, and moon are aligned exactly, or very closely so, with Earth in the middle. Hence, there is always a full moon the night of a lunar eclipse. The type and length of an eclipse depend upon the moon's location in its orbit relative to the Earth and sun.

Have you ever seen an Eclipse?

Have you ever seen an Eclipse?

Absolutely not, in (2010), They just happened to fall on the same day. It was a total coincidence and either event will occur separate from the other. Wasn't it fun to have them both on the same day though?

Why do I love the Winter Solstice so? Because it is the shortest day of the year and I know that from this point forward my sunshine will get longer and longer. I am definitely not crazy about the short days.

But on the other hand the nights do bring great viewing of the night skies and special events like meteor showers and lunar eclipses!

"Did everyone see my magic trick last night?" 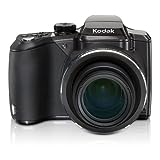 The last stage of the Lunar Eclipse - Almost done

Thanks for stopping by, would love it if you would drop a note below.

Did you see the Eclipse? - or any eclipse?