Timing My Life with Songs

We all enjoy taking trips down memory lane. Yvonne has written some recollections about how things used to be in Louisiana.

Music marks moments in time. As we go through life, the music helps us remember the happy times and the sad. The people that we knew, our friends and our enemies. Music soothes the savage beast and it can also work up the hormones in young humans. We celebrate music. Music is timeless.

As I thought about songs that had to do with time, I realized that some of my favorites fell into a pattern which paralleled my journey through the time. Here is a bio of my life through the songs I enjoyed.

As Time Goes By

Which was your favorite decade?

World War II ended in May of that year. The cost of a gallon of gas was 15 cents. Only 5,000 homes had Television Sets. Popular artists included Bing Crosby, Doris Day, Perry Como and the Andrews Sisters.

Bill Haley and the Comets

Historical Spanish Fort Pike at the Rigolets in N.O., La.

By the time I was about 11 years old, in 1956, the music was in me. I couldn't sing very well, but I loved to dance. That year Bill Haley and the Comets came out with the song, 'Rock Around the Clock' and Rock and Roll was Born.

Elvis, whom WBOK radio had played exclusively since 1954, put out the instant hit, Heartbreak Hotel and he appeared on the Ed Sullivan Show after earlier playing at Pontchartrain Beach in New Orleans. Rocky Marciano retired as the only undefeated Heavyweight. The cost of a gallon of gas is 22 cents. The first Black-and-white portable TV sets hit the market.

On August 5. 1957, American Bandstand aired for the first time. From that time on kids from all over the country had their faces glued to the TV set so that they could hear all the new songs and learn all the new dances. Like many young boys, I had a huge crush on Annette Funicello.

Two years later, they say that the music died on February 3 (my birthday), 1959, when Buddy Holly, Richie Valence and the Big Bopper perished in a plane crash. I wonder what great unwritten songs went down with that plane.

Other singers that I liked were The Platters, Ella Fitzgerald and Dean Martin. 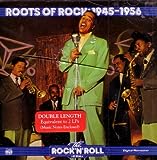 Germania Hall today. It hasn't changed much since we went to the Thursday night dances there during high school.

I started high school in the fall of 1959 and the big hit was "Poison Ivy" by the Coasters. Then in 1960, The Drifters put out a song called, 'This Magic Moment', that was great to cha-cha to.

Dances were one of our main past times during my high school years. On Thursday night we would stop by the one at Germania Hall, where many of the best singers like Ernie Kado, Oliver Morgan and Bobby Mitchell would perform. Then on Saturday night we would go to either Sacred Heart or Metairie Lodge, depending on who was playing. Sunday night the action was at St. Anthony's. With all this dancing and fun, it was hard to get your homework done.

The 1960's were a decade of change. As I finished high school in 1963, the "Bay of Pigs" occurred and Vietnam was just beginning.

Leaving New Orleans for my first permanent assignment to 1st Combat Evaluation Group at Barksdale AFB in Bossier, LA in 1963.

I joined the Air Force out of high school. That fall, Kennedy was assassinated. The Beatles soon stormed America and Motown unleashed the Miracles, the Temptations and Marvin Gaye. Back home, Hurricane Betsy flooded New Orleans, drowning many. For years after, people kept an axe in their attic so they could chop their way to safety on the roof during floods. Then in January of 1966, six of us from the 1st Combat Evaluation Group at Barksdale shipped out to 'Nam . The war in Vietnam affected everyone's life, including mine.

Peace rallies were held at home while I worked on the Tan Son Nhut airbase from dawn until well into the night. I saw a lot of things that I wish I could forget, but the music helped me to keep it together.

When our 1 year tour of duty in Nam ended, only Tommie Harlan of Mobile, Alabama and I were fortunate enough to return home, as we lost 4 close friends. We flew back to the U.S. and were discharged from the service in San Francisco, California in January, 1967. I visited Haight Ashbury and some of the other places there. I was surprised by the reception that a man in uniform who had served his country received.

Back home in New Orleans, when my Mom would take my younger brothers to ball practice, the price of a gallon of gas was only 25 cents. I enjoyed Mardi Gras again and Sundays were spent at the old beach on Lake Pontchartrain. The Rascals' big hit was "Grooving".

Processing out after 4 years in the Air Force.

Vietnam was a tropical rain forest, full of all sorts of animals. It was beautiful. One of the guys on the base befriended a monkey that would follow him around like a pet. The birds came in all colors of the rainbow. There were miles of unspoiled jungles, until the planes flew over with the Napalm and then all the vegetation and animals were burned to a crisp, not to mention the human loss. 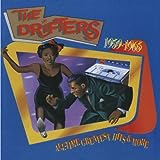 Does Anybody Really Know What Time It Is? - Chicago

Skipping class for a Spring picnic in Zemurray Gardens

Thanks to the GI Bill, I was able to go to college after the Air Force and while I was there in 1969, Chicago, a group with a great horn section, put out 'Does Anybody Really Know What Time It Is?' The song title sums up the mood of the nation at this point in time.

On July 20, 1969, American Astronaut Neil Armstrong became the first human to set foot on the Moon as he uttered the immortal words "That's one small step for man, one giant leap for mankind."

Young people continued to protest the war in Vietnam and the music and the clothes became more colorful. "Woodstock" took place on a New York Farm from August 15th to 17th and over 400,000 people attended. The attendees spent 35 cents per gallon for the gas to make the trip to New York.

Some of my favorite musicians from this time were Marvin Gaye, The Rolling Stones, John Denver, Chicago and Elton John.

The Very Best of Chicago 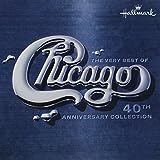 Through the Years - Kenny Rogers

Mom & Yvonne jitter-bugging to the "oldies"

Good old Rock 'n Roll was a main staple of the music through the 1980's. The disco era, that was popular in the 1970's, was coming to an end. MTV, or Music Television, came into being and some believe that it was the single most influential entity in the music industry during the 1980s.

The beautiful ballad, Through the Years, came out in 1980 and shows how timeless music can be. It speaks of love and positive feelings, as did most of the music from our generation.

During this decade, the age of video games in arcades and game machines was born. My favorite was Pac Man and Ms. Pac Man. This was also the beginning of the computer age.

Finally, after many years of neglecting our impact on the environment, the world began to notice the damage that we humans had done to our planet. More research was done on the effects of global warming caused by population growth, land clearing of rain forests and increased use of fossil fuels in power generation and for transportation fuel.

Through the Years 3 CD boxed set

Through the Years
Buy Now

After the 1980's, the music changed. The popular songs no longer spoke of love like the Rock and Roll of the past. I wish that the artists of today would put out some music with the same themes and feelings that we had in the fifties. I know I'm not going to see that happen, but at least we can still enjoy the oldies but goodies that were made way back when the world was a kinder and gentler place and holding hands really meant something.

Timing My Life With Songs was written by my husband, Al aka rio1, about his life. He left this world a few years ago, but I'm sure he's enjoying the music in Rock and Roll Heaven.

Take a little time to drop us a note.