Victorian Perception of History: As Portrayed by the Newspapers of the Times

History Through The Eyes of 19th Century News Media

In Britain and America

His scrapbook, which was compiled during his lifetime, includes many American newspaper articles from the early 19th century; which he collected while living in America from about 1844 to 1857. Most of the later newspaper cuttings are predominantly from British Victorian newspapers. 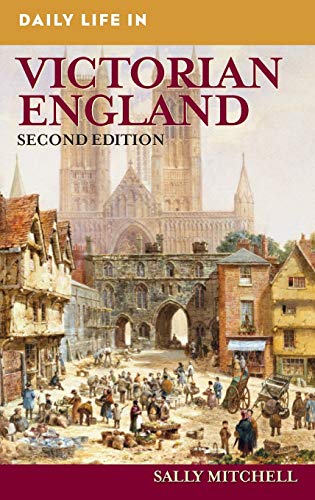 Daily Life in Victorian England
An exceptional book that is in-depth and invaluable, Dailey Life in Victorian England really gets to grips on what life was like during this historic transitional period in history. A period in time when England is being transformed from the old provincial society that dates back to the Norman Conquest in 1066 to the modern urban power we know today. The impact of increased women rights and rapid scientific and technological advances on society; and the influence this had on morality, leisure, health and medicine.
Buy Now

In Your Own Image

The first datable reference to King Arthur appears in the 9th century manuscript, Historia Brittonum (History of Britton). The manuscript, in a few lines, just refers to a warrior leader fighting in 12 battles around the end of the 5th century (just after the Romans left Britain); a Romanised Britain who fought against the invading Anglo-Saxons.

It was the Medieval Historians who embellished and romanticised the story of Arthur; and wrote it in their own image; one such 12th century book being the ‘Historia Regum Britanniae (History of the Kings of Britain), written by Geoffrey of Monmouth. From that time Arthur was elevated to a stereotype medieval king, complete with castle and knights.

In today’s world, when I correspond with Americans at great length many see the world in their own image, rather than acknowledge a European perspective; which is very frustrating.

So I’m sure it was no different during the Victorian era; an age of enlightenment, technological advancement and scientific discoveries. I’m sure people in Britain, America and elsewhere at that time tried to make sense of the rapidly changing world by viewing their understanding of its history from their perspective (in their image); rather than trying to understand how it really was.

One thing we can recognise from the Victorian era (which is just as prevalent today) are the Romantics and the Realists; each distorting the views and image of history.

I am a Romanic, I think my upbringing as a child in a slum has given me a deep appreciation for all things beautiful e.g. nature. At that time my father was unemployed and we lived in a house that had nothing more than electricity; with water from a cold tap in an outhouse, and an outside toilet with no sewage.

Even though we had nothing but nettle soup for two weeks (at one point) they were happy times; my parents saw to that. So to move to a house at the age of 10 that had a bathroom and indoor toilet with hot and cold running water was like moving to a palace.

However, although I am a romantic at heart, I like to think of myself as also being pragmatic; the best of both worlds. I’m happy and content with my lot but I ensure my wife and son want for nothing. My great-great grandfather (from his writings) seems to have been the same. Although he was born into a working class family in 1829 his parents ensured he had a good education and did an apprenticeship in stonemasonry (which he completed in America). It was while in America that he also learned the skills of phrenology; which became his profession for the next 40 years; until his retirement. In his writings, he had a good sense of humour, and a love of life; and he ensured his children wanted for nothing.

From Britain and America

The other newspaper articles, individually showcased here are:-

Follow this link for over 500 Victorian newspaper articles, transcribed and originals.

Historic Events Portrayed by the Victorians

Published in a 19th Century Newspaper

Below is just part of a longer list going back to the Punic Wars in 218AD. On Nathanville (link below) as well as both parts of this article I’ve also included on the same page another related newspaper article entitled ‘Chronological Table of Events in Ancient History’. For each event listed in these articles, where possible I’ve added hyperlinks to other websites for further information.

I guess to the Victorians these articles were the equivalent to a simple encyclopaedia freely available by their publications in Victorian newspapers and therefore of great educational value. 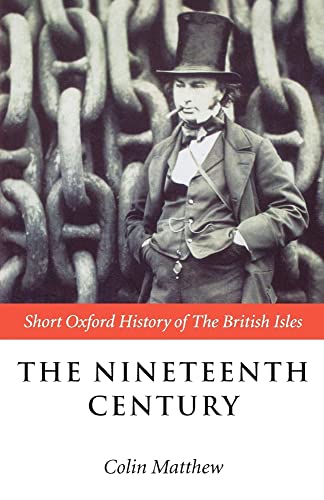 The Nineteenth Century: The British Isles 1815-1901 (Short Oxford History of the British Isles)
This volume in a series of British History by the short Oxford History of the British Isles covers a period in history when Britain was at the peak of world power; the Colonial Days which along with the French, Spanish and other Western European countries is an era not to be proud of. However, this book sets out and describes force and complexity of the times and how British cultural history interplays with the politics and economics during the 19th century between 1815 and 1901. Topics examined includes women and domesticity, the interplay of religion, intellect, science, art, architecture, literature, theatre and music.
Buy Now

This newspaper article was published in an English Magazine called 'Once a Week' that ran from 1859-1880; although if you look up the world population figures quoted in the magazine e.g. 1 billion people it becomes clear the magazine was using out-of-date information that would have previously been published prior to the 1850s.

Has News Reporting Changed Since the Victorian Period?

How does contemporary newspaper reporting on history in the making and on historic event par up with Victorian newspapers.