The Golden Age of Discovery: Victorian Newspapers as Eyewitness

A Peek at 19th Century Science

The Victorian Era is considered the age of discovery and with advancement in steam power engineering the inspiration for the popular steampunk cult of today. Most certainly by the end of the 19th century the Victorians had made considerable advancements in technological and scientific knowledge and achievement.

Early photography was one eyewitness in to Victorian Science, but this article explores the beginnings of modern scientific reasoning in the early part of the Victorian era by looking at a sample of Victorian newspapers reporting on discoveries in the first half of the 19th century; includes an article on automation for good measure throws in a bit of humour on Phrenology.

The source of these newspaper articles is my great-great grandfather, George Burgess 1829-1905, who collected them during the course of his working life and saved them in his Victorian Scrapbook. George Burgess by trade was a Phrenologist and practiced his profession in the Arcades, Bristol for 40 years from 1861 to 1901. 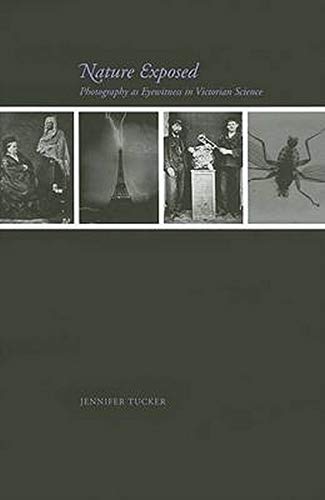 The Era of Queen Victoria and the Industrial Revolution

One of the cornerstones to the success of the golden age of discovery is undoubtedly the development of steam power. Not only was it fundamental in fuelling the mechanisation of factories but steam power also made it possible to create a vast network of rail transportation across the whole of Britian.

Obviously it all didn’t happen overnight, and much of the foundations to the development of steam power were laid before Queen Victoria came to the throne. However, once the first commercially viable steam engines were invented their implementation into commerce and society was rapid.

The Development of Steam Power

The development of early railways was very dependent on steam power. The use of steam to produce motion goes back over 2000 years, but it wasn’t until 1712 before Thomas Newcomen (1664-1729, and English inventor) designed the world’s first truly commercially viable steam engine; which was used to pump water from mines.

In 1781 James Watt (1736-1819, a Scottish inventor) improved the design to create continuous rotary motion, which fuelled the industrial revolution by providing mechanical power to factories e.g. for weaving materials.

Others continued with their own experiments until George Stephenson (1781-1848, an English engineer) built the world’s first public steam railway in England in 1825.

The Railways Revolution in Victorian Britain

Stockton and Darlington railway, England (the world’s first public steam railway) designed and built by George Stephenson in 1825 ran 25 miles and transported 10,000 tons of coal in the first three months of its operation. Within a month of opening the Stockton and Darlington railway started to also carry passengers, and in the 12 months between July 1826 and June 1827 carried up to 40,000 passengers.

The Liverpool to Manchester railway opened in 1830 to carry both passengers and freight; with a total of 32 stations over a distance of 35 miles linking these two English cities by rail.

Within just a few decades the development of the railway across the whole of Britain mushroomed. The railways didn’t just link major urban areas, but with countless branch lines and stations at frequent intervals to link, every part of Britain became interconnected by rail.

According to a Victorian British newspaper published in the latter part of the 19th century (which my great-great grandfather put in his scrapbook) in just one year, there was a total of: -

Since then (apart from the late 1960s when the Conservative Government axed thousands of branch lines) the railway network has continued to expand and flourish. Also, since 2010 the Conservatives have embarked on a massive infrastructure programme of building upon the successes of the past and extending the rail network even further.

In Britain today there’s 21,000 miles of rail track, with more than 4,000 trains serving 2,552 passenger train stations; with trains accounting for 10% of all modes of passenger transport in the UK, including private motor cars.

Railways, Canals, and the Industrial Revolution

And how they reported on the Golden Age of Discovery.

According to this Victorian newspaper article the Bottomless Pit in the Mammoth Cave of Kentucky is suspected by many to run through the whole diameter of the earth. Obviously, now we know that no to be the case.

I have tired Googling this so called Mammoth cave but have drawn a blank; so I’d be interested to learn the origin of this somewhat fanciful story.

Primitive by Today's Technology but Awe Inspiring at the Time

A Victorian take on Automations in the days before Robots.

For those who don't know, put simply, phrenology is reading bumps on people’s heads to determine their natural skills, character and personality traits.

Design Toscano SP020 Porcelain Phrenology Head Fortune Telling Statue, 12 Inch, Porcelain, White
A real conversation piece; have it on display in a prominent place and it is sure to get the party going next time you invite your friends or throw a BBQ one sunny evening.
Buy Now

George Burgess 1829-1905 (my great-great grandfather) born in Bristol was a professional phrenologist for 40 years until his retirement in 1901. He left school at the age of 14 and about a year later went to America with his brother-in-law to finish his apprenticeship in stone cutting (stonemasonry). During his time in America he made three trips back home to Bristol to visit his mother, the last time being Christmas 1857. It was while he was in America that he learnt the skills of phrenology that would set him up with a profitable trade for life.

George Burgess published at least two books on phrenology, both of which have been passed down to me through the generations along with the phrenology head stamps he used in his business. Copies of these books are freely available for viewing on my genealogy website, link below.

Over 500 Newspaper Articles to View Free on Line

Visit the Nathanville main website for access to the original and transcript Victorian newspaper articles saved in a Victorian Scrapbook by George Burgess.

Vote on Your Favourite Article

Do You Have a Favourite?

Which Victorian Era Newspaper Article above did you find most gripping?