South Korean dramas have recently seen an increase in popularity these past few years, as various countries from the East and West alike have imported and broadcasted famous dramas in either subtitled or dubbed formats.

While Korean TV is known to feature traditional depiction of women, there are also those who have become known as great examples of women who rise to the top and become dominant. Here are 10 Alpha Women in Korean TV:

The comedy-variety show Family Outing is physically and mentally demanding, even leading to some cast members leaving due to health related reasons. It is in this show that Park Ye Jin became known as the “Sweet and Savage Miss Ye Jin.” She showed bravery and resourcefulness in the show, and also exhibited impressive physical abilities during some parts of the competition. From catching fish and poultry on her own during food preparation, to admonishing the show’s host during food preparation Yejin showed that she won’t take crap from anyone.

She is so feared as a variety star that even when she appears as guest on other shows, they exercise the same amount of care around her. In Running Man, for example, she managed to win despite being already captured by Yoo Jae Suk.

They are over 30 but they put 20 something female celebrities to shame. 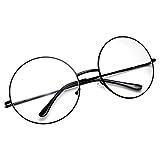 Another Family Outing alumnus, Lee Hyori was considered as the “female master” of the show. She and Yejin were the only two female cast members on the show at one time, but managed to go toe to toe (and even excel) against the men. She is a strong presence during physical games, and will give as good as she gets as she’s known for admonishing male family members while also opening herself up to humiliation and teasing.

In an industry where pop star looks are favored, comedienne Shin Bong Sun is at a disadvantage. She’s beautiful but she doesn’t fit the stereotypical idol aesthetics, but that didn’t stop her from entertaining viewers and dominating fellow cast members during her tenures in Family Outing and Happy Together. Shin Bong Sun is known for jokes and gags that will make male co-hosts blush.

If you think the status of being an alpha female is limited to women of a certain age, think again. In the TV Show Return of Superman, where celebrity dads are left to care for their kids alone for 48 hours, the little daughter of rapper Tablo named Lee Haru proved that it has nothing to do with age. Feisty, resourceful, and brave, the little tot once said “hi ducks!” to a group of ducks before chasing all of them, after finding out that whoever catches one will get duck eggs. If Haru wants something, she’s going to go out of her way to get it – one of the defining qualities of an alpha woman.

The Running Man TV show has its cast members performing various tasks in an effort to win a race. It is naturally physically and mentally demanding. Song Ji Hyo is currently the only female member of the show, and is also considered as one of the strongest players during race missions as she has exhibited some of the best running and catching abilities, while also proving to be cunning and intelligent. She also swears a lot and is frequently caught swearing during broadcasts.

TV Show: We Got Married

Kim So Eun is known for having a bright, lively personality, thanks to her role in After School: Lucky or Not as the timid girl who soon comes out of her shell. However, when she joined the fourth season of reality show We Got Married – in which celebrities are paired with other celebrities in a “virtual” marriage – her alpha female qualities started to shine through. In one case, even her partner Song Jae-rim became a victim, as she poked fun at his singing abilities, frankly stating hat Jae-rim should stick to acting.

One of the first girls to be signed with SM Entertainment in 2000, Jessica was also chosen as one of the members when the 9-member group SNSD was launched in 2007. During her tenure, Jessica Jung was given the nom de guerre “Ice Queen” because of her “I don’t give a crap” attitude. She has also proven herself to be one of the more athletic members of the group. Jessica is also a businesswoman, as she has established her own apparel company, “Blanc&Eclare.” SM Entertainment removed her from SNSD due to alleged conflicts with the business but Jessica single-handedly fought with the company and continued her career as a solo singer.

Han Hyo Joo is already famous due to her leading roles in various television dramas, such as Brilliant Legacy and Dong Yi, but she showed her true colors as an alpha female when she made guest appearances in Running Man, where she proved to be a fierce competitor despite not being favored (even though the show’s female guests are usually favored as an underdog due to their gender.) She was originally taken down by Haha in her first appearance, but she returned to exact her revenge. Hyo Joo would probably rank higher in this list if she had more appearances in variety shows.

Baek Ji Young shows that an alpha female will not back down from challenges that would destroy other women’s careers. Back in 2000, at the height of her singing career, a sex tape featuring her and her manager at the time was leaked on the Internet. The video was secretly recorded in a hotel room without her knowledge and used to blackmail her when she tried to change managers. The scandal nearly ruined Baek’s career and prompted a long hiatus, but she came back with her dignity intact and continued her career. She even won a lawsuit against a local plastic surgery clinic that used her photo for online advertising without her permission. Baek won the court battle and was awarded ₩5 million in damages.

Rapper and singer Yoon Mi Rae, who’s part of the Korean hip hop crew The Movement was born in America to a Korean mother and African American father, where she battled through discrimination for her mixed heritage. Since her father was in the military, she had to learn how to live while moving to different locations. It is this background that led to Yoon Mi Rae to use her status as a celebrity to further various causes, including child abuse prevention via Vogue Korea’s Stop & Love Campaign and the Child Abuse Awareness Concert in 2011. Mi Rae also proved that she can walk the talk when she committed to a 7-month volunteer stint in a multicultural youth camp in 2008, probably in deference to her own history as a child of mixed ethnic origin. One of the leading figures in Korean Hip-Hop (a genre that is normally led by men all over the world), Yoon Mi-Rae was selected as the 12 best new emcees worldwide by MTV Iggy in 2011.