Ah, the 90's. MTV was in it's musical prime, heroin junkies made great music (then suffered untimely deaths), and ICQ was the way to keep in contact with your friends. The 90's were a time of musical greatness. I always thought I'd evolve with music, but some undeniable changes have happened between then and now. MTV hadn't changed their format, so it was not a waste of time to put some real production time into music videos, and artists made it a habit to rebel against major record labels rather than pandering to the celebrity dollar and pumping out garbage to appease the masses. Great music still exists today, I'm a huge fan of some new bands - but nothing will replace the "tortured soul" of 90's music.

Over the past decade, a lot of this music has slipped between the cracks. Every once in a while, an old gem pops up and it's like running into a long lost friend. Which is why I've compiled this list.
There are bound to be a lot of songs I haven't even thought of. There are surely a lot of 90's songs that are way better than some or all of the songs on this list...but many of them were rather obscure songs that many people have never heard of, or just plain forgotten about. I grew up in Seattle (A great place for music in the 90's) so some of this music may have never even made it out of the region. All the better. Hopefully I can enlighten a few people to the great art I was fortunate enough to grow up with. 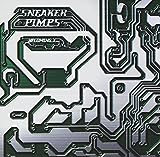 This song was released in 1996 on the album "Becoming X". It was a dark song with a unique sound and an equally dark/unique music video. Maybe it was her voice, maybe it was the "dark, mysterious" feeling about the video - but I found myself crushing on the singer in this video.
That means it was effective.
6 Underground wasn't much of an "under the radar" song but it is definitely a song that has been lost/forgotten in the past by the vast majority. I personally can't help but think of it whenever I think of great 90's music.

Surprising fact: Laura Prepon (Donna from "That 70's Show") was featured in this video. I'm sure somebody will correct me if I'm wrong, but I do believe it was her first television gig.

GusGus is a....strange group formed in Iceland in the mid-90's. They are still around today, although there are only 2 members left from the original incarnation. They've created a wide variety of sound and are big on visual performances as well. Just don't watch their videos late at night, especially if you are already hallucinating.
I am fairly certain they wrote another song I wanted to include on this list as well. If memory serves me correctly it was called "Three Dimes" but I have been unsuccessful over the years at tracking down this song by name or lyrics. C'est la vie.

Superdeluxe. Still officially together, though they haven't released any fresh music in a long time. Love Liquid Wraparound is a song that a lot of people remember after hearing it, but they have no idea who it is. They weren't completely under the radar however, as they had a few soundtrack songs and a mention in Rolling Stone that described them as "equal parts Cheap Trick, Big Star and Redd Kross."
I always loved this song because it had a calm, droning sound that could put you into a certain mood. It certainly carries that flagship 90's sound that you just don't hear anymore. 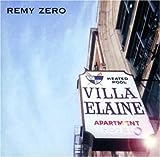 These guys were often considered ahead of their time. They were discovered by the guy from Radiohead and brought on tour with him before releasing their first album. After that, we were blessed with the song "Prophecy" over the radio waves. Why this song has been forgotten, I'm honestly not sure.
It's got a great guitar riff that will get stuck in your head, and makes it hard not to rock your head and/or tap your feet to the beat. It is certainly one of the more upbeat songs from this list.
The drummer died in 2010 from a case of cystic fibrosis. The band played a few memorial shows (Including the Crocodile Cafe in Seattle) then officially called it quits for good. 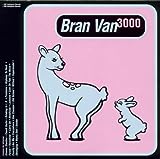 Bran Van 3000 was a very unique band, but what else can you expect coming out of Canada. "Drinking in L.A." holds a special place in my heart because I loved it from the moment I heard it, and it seems to just get better as years go by.
Listening this song is about as reminiscent of the 90's as a song can get. The feeling of the music channels the time period so well, I can sit back on a couch partaking in my recreation of choice listening to this song...and all of a sudden all I want to do is bust out the Super Nintendo with my buddies. 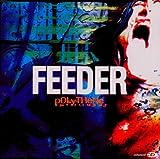 Now here is a song even I forgot about until shortly before writing this article. Feeder had the stereotypical 90's alternative rock sound down to a science, and we loved it.
"High" in particular stormed the radio waves. The great thing about this song was how it was recorded. They actually introduced a gimmick to screw with people who were high...if you listen carefully, the song fades from left to right very slowly. I never did test this out on my friends...but maybe that's something to keep in mind in the near future!
In typical 90's rocker fashion, Feeder was hit the tragic death of their drummer (Jon Lee) by suicide in 2002. The band was able to move past this however, as they are still going strong today. 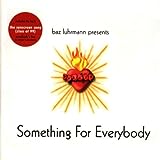 Something For Everybody: Baz Luhrmann
Buy Now

I may get some hatemail for including this song. Almost anybody old enough to like music in 1998 knew this song and it was a great gimmick, but it definitely got overplayed.
However, those days are past and I can't help but believe that most people will have forgotten about it, until they read this.
This song was great because it was nothing but 5 minutes of ironic advice and wisdom. Baz Luhrmann sampled a song called "Everybody's Free (To Feel Good)" while taking the lyrics from a column in the Chicago Tribune.

If I could offer you only one tip for the future, listening to this song would be it. 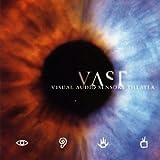 This is where we steer this list down a strange, dark road. I say this because that is exactly what VAST did to us with the song "Touched". While one would probably classify VAST as a sort of electro-grunge band (in the 90's, at least) - "Touched" had a very unique, yet awesome sound.
If I could somehow blend Alice in Chains with Enigma - I think this is probably what would pop out. 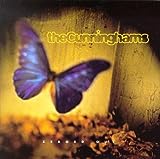 Another Seattle band, these guys seemed to completely vanish off the face of the planet just years after releasing "Bottle Rockets". This song was upbeat, again straying from a recurring theme on this list, but I feel this band was very underrated. I actually spent years searching for them on the internet, at times thinking I hallucinated their existence. It was only recently that I finally found a presence again.
If you need a great song to put you in a good mood, put this song on your playlist for sure. 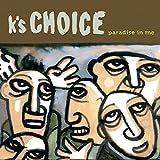 Paradise In Me
Buy Now

Not an Addict :: K's Choice

"Not an Addict" is one of my favorite songs from the 90's. It seems to channel everything that was 90's rock, with even the lyrics referencing heroin addiction. It landed on several "top song" lists (here in Seattle, anyway) but seemed to fade away over the years. I particularly love the vocals. Sarah Bettens sings with a soulful tone you just don't hear in music nowadays.

While K's Choice has continued to release music over the years, nothing has brought them the success they experienced with this song.