Based on the book "The Great Escape" by Paul Brickhill, its a War-epic on a real life escape from a German POW Camp by a group of British and American war prisoners.

Steve McQueen In 'The Great Escape'

A Scene From 'Casablanca'

This fictional Romantic Drama on the backdrop of World War Two has been one of the best Movies of all times. It’s a classic tale of War-time Romance that will make you emotional.

The 'Whistling Scene', One of the Best Scenes of the Movie

This is a 1957 World War II epic film based on the novel Le Pont de la Rivière Kwai (1952) by Pierre Boulle. It's more or less a fiction work about a team of captured British soldiers who engineer and build a bridge on the river Kwai. Though the British Colonel understand that the bridge will have immense strategic importance to the Japanese, he is determined to show them their British engineering brilliance but he fails and the movie ends in a bloodbath.

The Bridge On The River Kwai

This Steven Spielberg War epic is one of the most realistic portrayal of the Normandy invasion. Starring Tom Hanks and Matt Damon, the film emphasizes on the huge irreplaceable losses suffered in the landing at the Omaha beach and also in the War.

Tom Hanks As Corporal Miller, During The Normandy Invasion; Breaching The Coastal Defense

The Massive Guns Of Navarone From The Movie

Based on the Battle of Leros during the Dodecanese Campaign of World War II, its a story of an Allied team which sets out on a secret mission to destroy two powerful German guns set up on the sea-side mountain of Navarone.

This Quentin Tarantino masterpiece is a typical movie one of its kind. Written and directed by Tarantino, the fictional story is about two different plots to kill Hitler and the Nazi leadership, one by a young French-Jewish girl whose family was killed by the Gestapo and another by a team of Jewish-American soldiers known as the "Basterds" who kill Nazis.

Brad Pitt As Aldo 'The Apache' Raine In 'Inglorious Basterds'

The Men Who Revolted Against Hitler

A Scene From The Movie

There were 15 plots to kill Hitler in his Nazi Germany. The last and the most famous of the those "failed plots" took place on the 20th of July, 1944 when an attempt was made to kill Hitler along with other Nazi leadership in Hitler's bunker called "Wolf's Lair". The film is about the development of the plot by the Anti-Hitler clan within the German Army. Colonel Claus von Stauffenberg carried out the assassination attempt but Hitler somehow survived the blast!

Based on William Craig's book "Enemy at the Gates: The Battle for Stalingrad", the film is loosely based on war stories told by a Soviet sniper Vasily Zaytsev.

The Little Girl In Red Dress

This epic historical period drama, directed by Steven Spielberg is based on the novel Schindler's Ark by an Australian writer Thomas Keneally. The film is based on the real-life activities of Oskar Schindler, a German businessman who had saved the lives of 1100+ Jewish refugees during the Holocaust by employing them in his factories.

A Scene From The Dramatic Climax

One of the best WWII films ever, the film has every elements of a commercial success such as Action, Suspense, War-time-Drama, A Romance or two and a great military thriller. Written and directed by Brian G. Hutton, this classic award winner movie involved some of the best men in the business such as associate director Yakima Canutt who shot most of the action scenes, famous stuntman Alf Joint who was a body double for Richard Burton in the action scenes, award-winning composer Ron Goodwin and cinematographer Arthur Ibbetson, not to mention Richard Burton and Clint Eastwood!

Richard Burton And Clint Eastwood In 'Where Eagles Dare'

Please Watch All The Movies Before Voting

WHICH OF THE FOLLOWING IS THE BEST WWII MOVIE?

Disobeying Hitler: German Resistance in the Last Year of WWII 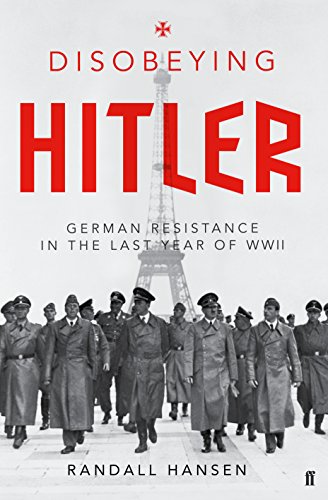