10 lessons we learnt from Breaking Bad

Even BAD things teach us lessons

We all were captivated by Breaking Bad for 5 long seasons and mourned when Walter White died .His character was a cocktail of good and evil. Still, the series helped us to learn very important lessons through its ADDICTIVE ( wisely chosen ) and dark storyline . So the 10 most important lessons learned are as follows:

1) In LOVE, even a visionary goes blind.

Let's face it, Walter White was a visionary. But his love or rather lust for his baby blue was so intense that he couldn't rest quietly till he had transformed his meth business into a so-called Empire business. He wanted his meth business to reach dizzying heights, the likes of Grey Matter technologies.

2) It is only on the brink that people find the will to change. Only at the precipice do we evolve.

"I'm Out". Followed by a long silence. That was the response of the infamous Heisenberg who earlier found it almost impossible to refrain himself from cooking meth.

After all the only thing persistent in life is change itself.

3) Lies can save you from trouble, only to lead you to a troubled life.

Now, this was some epic bluff and every time I listen to it i have a cheeky grin on my face. Come on, there could have been so many other apt explanations for all the kerosene over the floor.

Well ,the whole 5 episodes, especially the first 4 episodes are completely loaded with lies on behalf of Walter White. So I couldn't think of all the scenarios where Mr. White might have lied, but this incident turned out to be the most hilariously obnoxious of them all .

4) Self discovery is more important than discovering others' flaws.

When Pinkman was about to earn his new identity and start a completely new life,at that very moment he came to know that Heul has snatched his stash of weed with utmost skill and he himself was completely unaware of it. Then he came to know that the missing Ricin was the ill doing of Mr. White. Saul Goodman and Heul were mere sheep while Mr. White was their shepherd.

5) We earn money to pursue life, but end our life pursuing money.

There is more money here than we could spend in ten lifetimes. I certainly can't launder it, not with 100 car washes. I want my kids back. I want my life back.Please tell me...How much is enough? How big does this pile have to be?

That's what Skyler said to Walter to remind him of his motive or goal in life i.e ,his family.

6) One man's weakness is another man's strength.

That's what Todd said before shooting Andrea in the head in front of Pinkman. Andrea was Pinkman's weak spot and which Todd and his uncle took advantage to get their job done

7) In life you don't get second chances, and if you get make sure you don't take any chances.

After killing Guss and losing all his savings to Ted, Walter White and Pinkman made ample money by making meth from the barrels supplied by Lydia. Then Lydia and Pinkman found that tracker placed by the DEA and all became alert. This was an indication for Mr. White to stop cooking and give up the business as he had by then made ample money for the safe keeping of his family in the future.

8) Women are known for their beauty and feared for their wrath.

Well you don't need to be a Breaking Bad fan to know this. Our life experience is enough to justify that fact. But still sticking to Breaking Bad, this particular incident proves that even a pretty lady can make a DEA official shiver .

9) The joy of crying out loud can only be understood by those who have suffered in silence.

Aron Paul has done a tremendous job on his part, especially in this scene by portraying raw human emotions and perfect depiction of freedom. The reaction, when he finally escaped from Todd's dungeon blew my mind.

10) And the most important lesson of all...Nothing good is achieved from cooking meth..unless it is Breaking Bad

Breaking Bad is not merely a TV Series its an experience and am glad that I could be part of its loyal fan base.

Well, I promised 10 lessons but couldn't stop myself from giving a extra piece of advice for all the Bad addicts out there. Hence the 11th lesson.

11) Don't cry because it's over, smile because it happened. 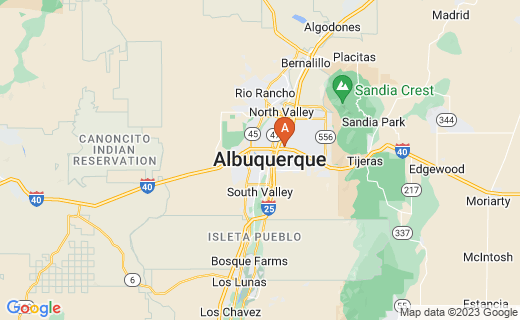 Walter White's residential apartment or the origin point of the famous 99.1% pure Meth

Feel free to comment anything and everything ranging from suggestions, reviews or other information. And don't forget to rate you favorite lesson of them all.

Keep me posted on which lesson you would want or already have inculcated in your real life.

Which lesson of the 10 did you like the most