Over the years a number of female singers have mesmerized audiences in the realms of rock music. Dwell in an epic list of the best female rock singers.

The hippy-happy 60s were responsible for a new wave of female vocalists emerging in various genres. The folk movement which was monumental in the 60s gave birth to a new breed of thinkers and poets who took new musical paths. The rock movement was propelled to another level during the 60s, and women had their say in all things musical. A number of bands fronted by female vocalists emerged in the rock scene in the 60s. Through the 60s and 70s a significant number of female singers took a liking to the folk-rock movement and expressed themselves in a whole new avatar. The rock movement among women had begun. All-female rock bands started mushrooming, and the musical diversity left audiences speechless. Female rock singers had arrived with a bang, and there was no stopping this new wave of singers.

Female rock movement in the 60s and 70s

The female rock movement came to life in the 60s and since then the movement has spread its wings in various genres of rock. The 70s made way for a new wave of female musicians that kept the flag waving. The blues-rock and acid rock movement of the 60s took new direction in the 70s. Many female rock vocalists that fronted bands also took to side projects while collaborating with bands from other genres. These diverse collaborations gave rise to a new sound in the realms of rock. The punk rock movement that became magnanimous by the mid-70s saw a huge brigade of women experiment through the 70s and 80s.

Female rock singers in the 80s and 90s

The Riot grrrl movement, a hardcore feminist underground movement in the 90s that sprung forth through the Indie rock movement became hugely popular with women in diverse punk circles. Female rock singers in sub genres of rock have made jaws drop with their vocal skills. Post 2000 a number of female vocalists in the realms of rock have emerged bringing in a fresh new sound. Female singers in symphonic metal bands and gothic metal bands have become exceedingly popular with metal fans because of their incredible vocal range. A fair share of female vocalists in the symphonic metal and goth metal genre are mezzo-sopranos. Also, a large number of indie bands are fronted by female vocalists with diverse influences. The days ahead are bright, and the female movement will only get bigger and stronger. 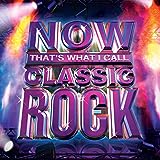 The space below showcases a list of female rock singers from various rock genres. Mentioned in brackets is the band with which the singer gained prominence. Singers that made it big with solo careers have ‘Solo’ mentioned in brackets.