17 of the Scariest Movies You Have to See to Believe

Krista is the author of the fictional books: The Sandavalova, The Book of Nefarious Intrigues, and The Bull Runner.

Oh, the Horror! Scene From "The Drop of Water"

There are plenty of scariest movie lists floating around out there. Some by experts, some by amateur enthusiasts like me. I rarely agree with any of them, though my number one pick seems to correspond with many others.

I created this list mainly for those who are possibly new to the genre and want recommendations for some truly scary films, or for experienced horror buffs who may have missed them. Many of the movies on my list are not well known, or older movies, but in my opinion they bolster more than blood and gore, or startling effects. These movies play on the psyche and can stay with you forever.

I will continue to expand this list as I remember more movies, or if I agree with reader suggestions.

Don't miss the poll at the end of the list, and feel-free to add your own favorite scary movie in the comments if I missed a really good one. Maybe I haven't seen it!

This terrorizing ghost story is not only based on a real-life story, but there was documented proof it was true! The poor woman (Barbara Hershey) wasn't just haunted by the ghost, but that's all I'm going to say to avoid any spoilers.

Trilogy of Terror is one of those compilation horror movies. If I remember right, there are three. Starring the original Queen of Scream, Karen Black, the story with the little aborigine bush man is just creepy, creepy, creepy! The last image you see you can never un-see again!

What puts this movie on the list is the fact that it's supposedly based on a true story of alien abduction. There've been a few others similar to this one based on real-life accounts, and not only did they have eye-witness accounts to back them up, but they were pretty disturbing as well. This one, for some reason really put the fear of God in me.

This movie may, or may not, belong on this list. It isn't considered a horror movie, but we're talking about scary movies, so anything goes. Predator scared the daylights out of me! A huge, invisible alien hunting a small battalion of bad-ass soldiers through a dense, South American jungle and ripping their spines out of their bodies in one, final swoop. If this scenario ever came true, we'd all be dead! Oh, one more thing, I had never heard a peacock until AFTER I saw this movie. They make a sound very similar to the clicking sound the Predator alien makes. Wish I had known that ahead of time.

There are TONS of good zombie movies out there. The main reason this movie is so terrifying is simply because the zombies can run; and I mean RUN! There's just no escaping that.

In They Live, not only were the creatures hidden among us in plain sight slowly taking control of us, but when their true appearances were revealed by looking through the magic glasses, they were hideously creepy. Definitely a movie that could pray on a person's fears.

This Gargoyle movie terrified me to no end! Through most of the movie you're not granted access to the full extent of what the creatures look like and that plays a number on your imagination. The one that peeks from over the footboard and then chases after the car and jumps on the roof...you get the idea that they're human sized and can fly, but nothing else. They may have done this because the make-up was pretty awful and they may not have wanted to show very much of it, but if they did it on purpose, it was genius.

Based on true events, this was one of those movies you simply shouldn't see alone. I was jumpy for days after watching it the first time. I did some research on it and it's VERY loosely based on a true story. Still, the mere idea that something like this could possibly be true can redefine how you view the world. That's entertainment!

Is it because older movies are old, and that's why they tend to be so scary, or is it just because I saw this as a child when I probably shouldn't have that makes it one of the scariest movies ever? Whatever the reason, this movie with its mean, little demons that live in the fireplace, makes it to my list of the top fifteen.

There are several versions of this story including a few remakes. This 1978 version was the second in line, and in my opinion the best. It not only plays on our fears throughout, but leaves us without a very positive outcome.

Another one of those based-on-real-life-alien-abduction events, this movie is more terrifying than Communion simply because this one has nearly half a dozen witnesses that passed polygraph tests! Not a lot of jump out at you scary moments, but enough of a mind trip to give you nightmares, for sure. The only other alien abduction movie that scared me more than the two I listed was The Fourth Kind, but at the time I first saw it, it was being touted as a true-life event. It lost most of its scary when I found out there wasn't anything real about it.

Something about a child ghost just scares the heck out of me; especially when it's angry, and especially when it's in a big, creepy mansion that's been abandoned for so many years. The way this movie builds up to its horrifying ending is just perfect. The musical score makes it that much more assaulting. George C. Scott carries the movie nearly all by himself, and he's great!

The Night Gallery movie (the pilot for the television series by Rod Serling), is by far one of the scariest movies of all time. It's a compilation of stories inside a story; each one very disturbing and suspenseful. Roddy McDowell's story about the painting of the cemetery will leave even the hardest person to scare, shaking in their shoes.

I know everyone's seen The Shining, but it has to be on every scary movie list...it just has to. Yeah, the book was scarier, but the movie was pretty darn scary. Take an isolated, haunted hotel out in the middle of nowhere, put three people alone to live there for three months, and let the terror begin! This movie stays scary no matter how many times you watch it.

I first saw this movie when I was five or six years old on an old black and white TV. I used to sneak and watch scary stuff when I wasn't being watched. I'm unsure if I saw the whole thing, but I remembered the first story of the compilation very well; The Drop of Water. I never knew what the name of the movie was, but I had such a clear memory of it, when I ran into it again just a couple of years ago, I knew almost immediately it was the same movie I'd seen as a child. It has always stayed with me and is the reason I've always feared dolls. No, it isn't about dolls, but I thought the dead woman in the bed was a doll (it looks like a life-sized doll). The only reason this movie isn't my number one scary movie is because the other two stories aren't as scary. If you're able to find this movie, get it, but make sure you get the English version. Scary movies are no fun if you have to read subtitles.

I couldn't believe this movie when I first saw it. It was, and remains to be, the scariest slasher movie I've ever seen. The camera angles, the lack of music, the lighting, the acting, the story-line (which is apparently based on a real-life story), was all just perfect for a visual and psychological experience one can never forget. There's no way this couldn't be number one, right?

Number One Scary Movie of All Time

What tends to scare you most?

22. Willy Wonka and the Chocolate Factory 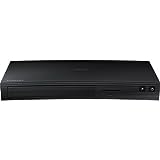