Do you want the money or the mob?

One contestant will battle 'the mob' of 100 others in an attempt to win big on the game show "1 vs 100". This show followed in ways of "Deal or No Deal" as a social game show with potentially huge payoffs, allowing probability and timing to battle greed - "1 vs. 100" does however a give bit more control to the contestant, as their answers drive the game rather then dumb luck.

The show started with Ken Jennings as a member of the mob, and each week has a different group of people as part of the mob (Mensa members, cheerleaders, teachers, weightlifters, hippies, etc.).

"1 vs. 100" is an import to America, originating in Holland and being an international hit in Sweden, Belgium, Germany, Argentina and Portugal. And, will soon air in primetime on the BBC in the United Kingdom.

On The Gameshow Network

In November 2010, GSN launched a new version of 1 vs 100 launches hosted by Carrie Ann Inaba, who is now one of the judges on Dancing with the Stars.

Which Host Do You Prefer?

Do you like the new 1 vs 100 or did you prefer the version when Bob Saget hosted? Why?

This game is simple.

Either you will win...

or they will win.

As a stand up comedian, actor, and director, Bob Saget has pretty much done it all.

Saget was on Full House from 1987 to 1995. He played the single father of three girls (played by the Olsen twins, Candice Cameron, and Jodie Sweetin).

Being a host is also old hat to Saget who hosted America's Funniest Home Videos from 1990-1997.

By his work on TV, Bob Saget became known in every household in America. Although, anyone who has seen his stand up comedy (or the Aristocrat) knows a very different Saget.

Bob Saget: I have three daughters.

Sister Rose: I know the Seven Deadly Sins, but I don't know Pacman.

Bob: Please, please. We lost another beauty pageant winner. A moment of silence.

Bob: (after the question about what helps puts out fires) Who said C: Gasoline?

Bob: Number 63, what arson squad do you work for?

Released on Xbox live - the game show turned video game 1 vs 100. The pilot season of 1 vs 100 Live was included with a Gold Membership. 1 vs. 100 on Xbox live only lasted two seasons.

Who are these Mob members, anyway? 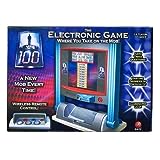 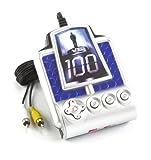