Noah is commanded to build the Ark ?

The Art Painting is titled:

Please take into consideration share this article? Because of the fact.

None of our hubs are monetized.

We share them because that is the thing to do.

Noah is moved to build the Ark: Dateline TODAY

It is the year of NOW and Noah lives in the United States.

The Lord speaks to Noah and says: "In one year I am going to make it rain and cover the whole earth with water until all is destroyed. But I want you to save the righteous people and two of every kind of living thing on the earth. Therefore, I am commanding you to build an Ark.: In a flash of lightning. God delivered the specifications for an ark. Fearful and trembling, Noah took the plans and agreed to build the Ark. "Remember," said the Lord, "You must complete the Ark and bring everything aboard in one year."

Exactly one year later, a fierce storm cloud covered the earth and all the seas of the Earth went into a tumult. The Lord saw Noah sitting in his front yard weeping. "Noah." He shouted, "Where is the Ark?"

"Lord please forgive me!" cried Noah. "I did my best but there were big problems? First, I had to get a permit for construction and the plans did not comply with the codes, I had to hire an engineering firm and redraw the plans. Then I got into a fight with OSHA over whether or not the Ark needed a fire sprinkler system and flotation devices. Then my neighbor objected, claiming I was violating zoning ordinances by building the Ark in my front yard, so I had to get a variance from the city planning commission. I had problems getting enough wood for the Ark, because there was a ban on cutting trees to protect the Spotted Owl. I finally convinced the U. S. Forest Service that I needed the wood to save the owls. However, the Fish and Wildlife Service won't let me catch any owls. So, no owls. The carpenters formed a union and went out on strike. I had to negotiate a settlement with the National Labor Union. Now I have 16 carpenters on the Ark, but still no owls. When I started rounding up the other animals, I got sued by an animal rights group. They objected to me only taking two of each kind aboard. Just when I got the suit dismissed, the EPA notified me that I could not complete the Ark without filing an environmental impact statement on your proposed flood. They didn't take very kindly to the idea that they had no jurisdiction over the conduct of the Creator of the universe. Then the Army Corps of Engineer demanded a map of the proposed new flood plans. I sent them a glove.

Right now, I am trying to resolve a complaint filed to the the Equal Employment Opportunity Commission that I am practicing discrimination by not taking godless, unbelieving people aboard! The IRS has seized all my assets, claiming that I'm building the Ark in preparation to flee the country to avoid paying taxes. I just received a notice from the state that I owe some kind of user tax and failed to register the Ark as a recreational water craft. "Finally the ACLU got the courts to issue an injunction against further construction of the Ark, saying that since God is flooding the earth, it is a religious event and therefore unconstitutional. I really don't think I can finish the Ark for4 another 5 or 6 years!" Noah wailed.

Suddenly: The sky began to clear, the sun began to shine and the seas began to calm. A rainbow arched across the sky. Noah looked up hopefully. "You mean you are not going to destroy the Earth?" "No," said the Lord sadly. "The government already has."

Please share the link to this story with your friends and family Today! Thank you!

We are on the internet: 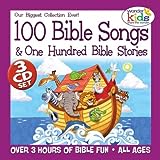 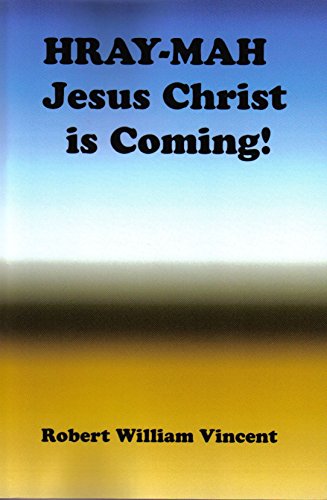 Hray-Mah Jesus Christ is Coming! (HRAY MAH Book 1)
Hray-Mah is the Spoken Word of the Creator sent to man upon the Earth. A companion guide to understanding your Bible. In the End Times the Lord said knowledge would be increased and all would be made known. The End Times are upon us! The Bible is for the FAITHFUL! As Christians today we as individuals have forgotten that we are called to learn for ourselves with the Comforter. Who is the Indwelling Spirit (The Teacher of All Things). I remain amazed when so many know the Lord's Prayer: And yet, how so few have ever read or heard of the special prayers Jesus gave ONLY to those following him. Nonetheless, they are in the New Testament. And, they are not spoken of from the pulpits? Why? These are the end days spoken of by the Lord. Trumpets are sounding. Behold! Jesus Christ is Coming! Amen and Amen
Buy Now

Nine Months Plus One Day
A very humorous story as told by the developing baby from with Creator unto conception and then birth. The baby reveals the answers to age old questions: Like why do pregnant moms crave certain or odd foods? Fully illustrated making it a very useful instructional tool in aiding parents with growing children who ask questions? It will bring joy, tears and laughs to all genders. It explains the "magic wall" and the development within the womb. A babys perspective of leaving the Creator, learning all of life: And then facing death and birth! Based on a true life story! Absolutely PRO-LIFE! This is the must have book of the year!....."UPDATE"..2011 This book is now number 89 In Best Selling Baby Reference Books on Kindle at Amazon.
Buy Now

It was said, a long long time ago in the days of our fathers:

That the rain was poured from the "Rain Spirit Goddess"

and only as we needed it: Unless she was angry with us,

and then it poured and poured till all was under water....?

This event happened once in our knowledge!

Many know it by the story of Noah's Ark.

A sharing from our dear friend Little Hawk....with her permission for us to print and share:

A story by Little Hawk: (copy-protected)

It was cold. The wind was howling. All the leaves had fallen to the ground. The snow would soon be blowing, and the food was getting low. There was no blankets, and the children would be cold. Mothers were worried and grandmothers were old, having a hard time keeping up. But, had to press forward the braves were saddened to watch. The families driven like cattle from their homes. Their clothes were tattered and torn. They dare not balk or turn around, for death was sure to meet them head on. The babes cried from hunger. Mothers had been murdered, raped, beaten and enslaved.

Yet! Onward was pressed by the white man's gluttonous greed for more land they did not need. Many stumbled and died. The new land was hot dusty and dry, and built on a lie. The pride of the native withered drove out by greed. The people still wait living in the swallows of earth: Nothing has changed except for the face on twenty dollars of the one who ordered the plight of a tract. That never could be understood. All because of a promise built on greed.

There is a trail I have often walked up on that is pelted with tears. I hear the babies cry. I place my hand over my heart. I feel the pain of their mothers death, and the tears streaming down the face of the brave. This was more than two hundred years. And, I still hear My People Cry...........(This is a copy protected story)((by Little Hawk))

The Trail of Tears was a real event that did happen in American history! Fact not fiction.

A sharing about Native American traditions, culture and pow wows and the Fire Ring stories.Sharing the etiquette and respect with the reasoning's and whys in a “Simple Fashion” from our Walk upon the pathways set before us each day.

The information is right on to Traditions, Culture and Ceremonies. And is detailed in Traditions which are thousands of years of heritage Culture of the Native American Indians.

Informational for all ages!

Our Informational Guide of Tradition

5. Fire Rings and the Native Americans

6. Odds and Ends about Traditions

Stories from around the Fire Rings

Wisdom begins with an action: Learning by reading is an action.