There are a lot of idols and flower boys in Korea that turn out to be good actors. There is also nothing wrong with getting celebrities to act in movies and tv dramas if it will help get some marketing mileage... As long as I does not damage the aesthetics of the project.

Kang Gary (of LEESSANG) is not just a successful musician, he is also an 8th dan blackbelt in TaeKwonDo and 5th dan in Hapkido. He is one of the very few "celebrities" in Korea who writes and produce his own songs (with Gil). Click here and read about his badass moments in Running Man.

However, it is also true that there are a lot if Korean actors that don't get that much attention despite having the depth you can't find I idols and flower boys. They may not have the soft facial features Koreans consider to be handsome but they have the ability to interpret roles with dimensions that requires mash up of natural talent, intelligence and sensitivity to human experience. Below are 5 actors that possess that. Get to know them, some of their outstanding roles and my suggestion in the kind if project they should take in next to further showcase what they got.

Of the three projects I mentioned, his finest performance is Special Affairs Team 10. I know many will disagree but let's pull back a bit and examine the other actors on this list. All the other actors give some great amount of intensity in their projects. In order to get the audience to feel the emotions of the characters they portray, they need to explode, scream and break down. Joo managed to immerse the audience in the hidden dementia of his character in 10 through sheer sophistication. His movements, tone and facial expression are very controlled but not superficial. It is as if his every movement is calculated, with a purpose and with depth. But he doesn't let us in in whatever that may be. He teases us but never lets us in, he does a very good foreplay that makes us scream for more… and then he stops, keeping us hanging and wondering what happened.

It is hard enough for an actor to portray intense emotion such as anger and obsession without killin someone or going balls out badass, imagine doing it with such a calm voice and by hardly moving out I place.

Joo has that rare ability to portray rage with so much sophistication. It would be good to see him in a role similar to that of Anthony Perkins in Psycho or Robert De Niro in Taxi Driver or Anthony Hopkins in Silence of the Lambs. Playing “the devil” masked as the savior would put his acting prowess into full gear.

Uhm Tae Wong managed to do the impossible, beat Ha Ji Won and Lee Seung Gi on a head-on TV battle. Considering The Equator Man started really poor with the appearance of young actors to tell the backstory, being able to recover and eventually beat King of Two Hearts may only point to the brilliance of the story and brilliance of the acting of the cast. Leading that cast is Uhm Tae Wong. For almost half the series, he played the role of a blind man but he does something with the character that is unequivocally unorthodox – he played it in such a way that he becomes eerie rather than sympathetic.

Click here and see what are the 14 Japanese TV Series that should have a Korean version and you must watch.

How about a role similar to that of Forrest Gump or Tim Robbins in Shawshank Redemption. Uhm has the ability to elevate the characterization of his roles by adding simple quirks. Putting him in a complex situation with barely anything to use as a background of his character would force him to create his own premise.

Ryoo Seung Boom is probably the one who has played the most diverse roles in this list. I always refer to him as the female version of Ha Ji Won in terms of his genius in choosing his roles and depth in portraying the roles he chooses.

In Crying Fist, he has displayed an eerie sense of desperation, playing the role of a “loser” who wishes to turn his life around by fighting another much older boxer also out to redeem himself against a life of failures and disappointments. Ryoo’s role was the younger of the two boxers. Playing against another great actor, Choi Min Sik, Ryoo managed portray a kind of youth rebellion that transcends the inner juvenile world dominated by identity crisis and perpetual yearning to make a mark. Instead, Ryoo managed to dig deeper into the realities of survival and permanent bruises it inflicts on our souls and body.

Did you know who is the Korean President that is responsible for making KPop the kind of industry it is now?

He was unbelievably convincing in The Beauty and The Beast, playing the role of a man who lied about his looks to his blind girlfriend. His interpretation of his character as an ugly guy in love with a stunning girl elevated the movie from a typical romantic comedy to a deeper examination of the standards of “beauty” and how even the smartest of people can drown in it.

In Berlin File, he managed to hold the audience hostage and immerse the into the dementia of the situation, the chaos that it brought to his character’s mind and the dementia it brings to his life and the lives he affects. This is also “THE” film where he showed so much sophistication and control over his acting. His past movies have been full of emotionally charged moment but this film highlighted his ability to bring out levels of emotions without having to resort to intense emotional confrontation.

Ryoo can do comedy, action, thriller and drama well. His versatility calls for a complex but deceivingly simple roles such as that of Jack Lemon in The Apartment but with a greater and darker twist. Let him go in and out of sanity and dementia. It would be eerie and interesting.

I also want to see him tackle a gay role. He already expressed his desire to play one but I hope they give him something that would transcend romance but delves into the humanity of a character that only happens to be gay.

Who is Your Favorite of the 5 Actors

Jang is debatably the most popular and most commercial in this list. He has played many traditional “leading man” role and starred in many commercial TV dramas and movies. His army scandal also didn’t help in establishing his reputation as a legitimate talented actor. If, however, you manage to forget about all those and just concentrate on his acting, you’d find an incredibly cerebral and strategic actor.

Jang got an Emmy nomination as the lead role in the critically and commercially successful TV series, Slave Hunters. A period piece, it was easy for the role to get lost in translation and for the audience outside of Korea to feel detached to the whole theme of the show. Jang decided to take the role in another direction by shying away from traditional acting techniques and practices found in epic dramas.

He moved and talk with such modernity in the drama that it became easy for everyone in the world to relate to him. It allowed him to present the whole story as a universal theme of pursuing justice, happiness and vengeance.

In The Client, he successfully created a character that was both hateful and sympathetic, someone you can fight for and kill, hold and curse.

Jang has always been poised and “together” in his roles. I’d like to see him deconstructed. Give him something like Sean Peen in “I Am Sam” or a father of a highly disturbed son or daughter. 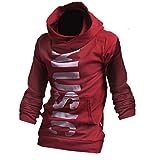 The only comedian in this list and the only one who can infuse such serious dimension in his comedic roles. As it is often said, only a genius can do comedy. Well, Cha must be in another level because he can make people cry, love, hate and demented all while make them laugh.

His commercial success came in My Sassy Girl through his outlandish but hopeful portrayal of a man desperately in love with woman who can’t remember him. He was able to infuse such innocence in his role without making it unrealistic which allows the audience to love with him.

In Babo, he was a grown up man with a mind of a 6-year-old and heart of a God. Many would have fallen into the trap of going abnormally childish in portraying the role but Cha chose to portray the childishness of his mind through small but significant quirks rather than dominating every scene with outlandish behavior. As a result, he became more relatable and, surprisingly, loveable.

Of everyone on this list, Cha is the only one who can believably portray a role of a loser and turn things around the last minute, a la The Usual Suspects. I would love to see him in a role where he gets to manipulate things with his masked stupidity.

Someone should already bring these 5 actors together in one badass movie or TV series. I wouldn’t mind seeing them in a web of a distorted non-linear film like Memento or Crash. It would also be a good idea to get them in a highly psychological mystery/comedy like The Usual Suspects but make each one a master manipulator or Pscyhological Warfare expert.

Korea, interestingly enough is on a very interesting stage in their entertainment industry. It is still relatively young but they have welcomed Western influence with so much openness without letting go of their own cultural identity.