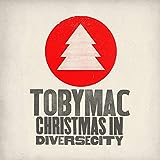 O Come All Ye Faithful is a very popular hymn that is sung by many churches, famous musical artists, Gospel singers and Christian contemporary artist all over the world. It is not only sung at Christmas time, but some churches sing the chorus to this song, O Come Let us Adore Him all throughout the year. So, Who wrote this hymn? Here is a little history. According to the Christian Broadcasting Network, there have been recent research that revealed there are manuscripts which indicated that it was written in 1744 by an English layman named John Wade. As part of his collection, the hymn first appeared as 'Cantus Diversi' which was published in England in 1751. One hundred years later, an Anglican minister, Frederick Oakeley translated the carol into English form to be used for church congregations.

For this Christmas Holiday, take time to enjoy Christmas carols as well as new holiday songs to remember this great season. I love Christmas hymns, carols and also new inspirational Christmas songs written by music artists based on the true stories of many people. But I also look out to see hymns and carols formed in a different version that no one may expect. Here are some different versions of 'O Come All Ye Faithful O Come let us Adore Him.'

The first different and unique version of the song, 'O Come All Ye Faithful' comes from Toby Mckeehan. This is a song for children, teens, moms, dads, even grandparents and your other loved ones would enjoy.

Toby Mckeehan is known as Toby Mac who is a hip hop music artist, song writer and music producer. He received RIAA Gold status and GRAMMY nominations and in 2009 took home a GRAMMY award. This song is from Tobymac's album, 'Christmas in Diverse City.'

Israel Houghton is a singer and song writer and known for making his songs upbeat filled with jazz, rock and gospel. His version of O Come All Ye Faithful, is from his album Israel & New Breed, A Timeless Christmas. It is marvelously different and wonderful to hear.

Gospel artist, Kirk Franklin also have a different version of O, Come all Ye Faithful. It is done beautifully with many other voices. The song is from his album Kirk Franklin and the Family Christmas.

Staci Orrico version of 'O Come All Ye Faithful' comes across as urban mixed with the traditional version as well. It is from her album Christmas Wish.

Christafari is a Reggae band. His version of this song is wonderfully and uniquely done in Reggae style. It is from his album Reggae Christmas.

Which Version of O Come All Ye Faithful do you like the most?