A breakdown of Monster, a classic by Steppenwolf.

It actually is a pretty scary song!

But only because it is about America's government. This song is rocking, bluesy and is sang with such strength and conviction. Well, this is John Kay and Steppenwolf that we are talking about. 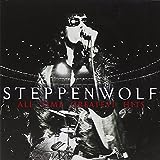 Here is the great classic!

Here are the lyrics.

Once the religious, the hunted , the weary

came to this country for the promise of freedom and hope.

They came to this country to build a new vision,

far from the reaches of kingdom and pope.

later some got slaves to riches.

But still from near and far they came to America,

they came by thousands to court the wild.

But she just patiently smiled and bore a child,

to be their Spirit and guiding light.

And once the ties with the crown had been broken,

westward in saddle and wagon it went.

And til railroad linked ocean to ocean

many lives had come to an end.

While we bullied and stole a homeland,

we began the slaughter of the red man.

But still from near and far they came to America,

they came by thousands to court the wild.

But she just patiently smiled and bore a child,

to be their Spirit and guiding light.

The blue and grey kicked it like a dog

and when the war was over they stuffed it just like a hog.

And though the past had it's share of injustice,

kind was the Spirit in many a way.

But it's protectors and friends have been sleeping,

And now its a monster that will not obey.

The Spirit was freedom and justice,

and it's keepers seemed generous and kind.

It's leaders were supposed to serve the country ,

but now they pay it no mind.

Because the people grew fat and lazy,

and now their vote is a meaningless joke.

You know they talk about law, about order,

but it's all just an echo of what they've been told.

Because there's a monster on the loose

it's got our head in a noose,

and it sits there watching.

Chorus -America where are you now?

Don't you care about your sons and daughters? Don't you know we need you now We can't fight alone against the monster 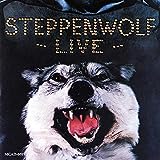 Steppenwolf has a long history!

What is the best Steppenwolf song?

My take on it.

I do love this song and though I agree with the overall theme of it, I do disagree with some of the statements in it though. I do not know enough about what happened in Salem to comment on that part of it, (though as a community leader I can say I know what the phrase witch hunt means!) but, the song says we began the slaughter of the Red Man, and in another part, "later some got slaves to gather riches". Ok, let me say with every bit of my soul, genocide and slavery are awful and should be fought against with everything we have! Where I disagree, is that the slaughter of the red Man started long before White Europeans ever came here, and so did slavery for that matter. I am not just talking about tribal wars among American Indians, but the tribes and nations of Indians that traveled from one part of America to another to wipe out the peaceful Indian tribes. They also enslaved survivors of defeated tribes! Bad deeds have always been done on this soil.

However, a lot of what John Kay sang was true. Washington has become a monster! It has far too much power and the people are ignored far too often.

I said a few paragraphs ago that agree with the overall theme of the song. John Kay stated that though there are some pretty bad wrongs here, that there is too much right with America to let our great nation go down the tubes! We have done some serious wrongs that I hope we do not ever repeat, but my goodness, look at the facts. we have also brought hope to the hopeless and light to the lost, freedom to the oppressed, protection to the afraid, and opportunity to millions! We have a power deep inside of our great land that has not been stripped away completely. It grows when you, the American Patriot prays for, serves, and speaks about this mighty force that I call my homeland! The heart and soul of America is you, not D.C.! When you are strong Spiritually and do what is right, you bring strength to the fire and shining light among the amber waives of gain, and all of this land of the free and home of the brave! May God bless America!