Actresses That Would Make A Great Anita Blake

Anita Blake is a fictional character in Laurell K. Hamilton's dark book series by the same name. The series features vampires, lycanthropes, zombies, and a kick ass female lead. Anita is described in the books as being short with an athletic build and long curly dark hair. She raises zombies for a living and kills Vampires on the side, however she still upholds her good-girl traditional Christian values - at least, in the beginning. The actress who plays Anita must appear sweet and innocent, but have a dark edge that shows her lethal side. Here are my top pics for actresses who I think would make a kick-ass Anita Blake.

Zooey Deschanel is an American actress born into a showbiz family in 1980. Her trademark big eyes and long brunette hair has helped her become identifies as one of America's sweethearts. Her first major role was in Almost Famous, but she really became one of Hollywood's stars in Elf, where she starred alongside Will Farrell. With a raspy voice and knack for both drama and comedy, Zooey would make one kick ass Anita Blake.

Emmy Rossum is an New York-born actress with a strong talent for singing and songwriting. She's played many roles over the years, but she really got brought to the spotlight from her role in Phantom of the Opera in 2006. Her thick brown hair and big doe eyes would make her an innocent and more timid Anita Blake - but we all know even good girls have a dark side!

Olivia Wilde is another New York-born actress who has risen to the top through a broad range of tv and movie productions. Her career began as a bisexual teen in The OC, and she continued her television career on House, where she also played a bisexual character. Clearly having established herself as a sex symbol, Olivia would make one killer Anita Blake.

Angelina Jolie has proven herself over the years as a talented actress with the ability to kick some serious ass on-screen. With roles movies under her belt like Tomb Raiser and Salt, she would be an easy choice for a strong and feisty Anita Blake. Angelina would bring a maturity to the role, which may help draw in an older audience.

Eliza Dushku is a Boston-born actress who got her start at a very young age. Perhaps the least known of this list, Eliza has established herself as an actress who can kick ass on both film and TV. Her character 'Faith' on Buffy the Vampire Slayer and it's spin off show 'Angel', Eliza has already proven herself as a kick ass Vampire and Demon hunter! Her dark looks and acting experience would make her one of the best fits to play Anita Blake.

What Vampire book series is your favourite? 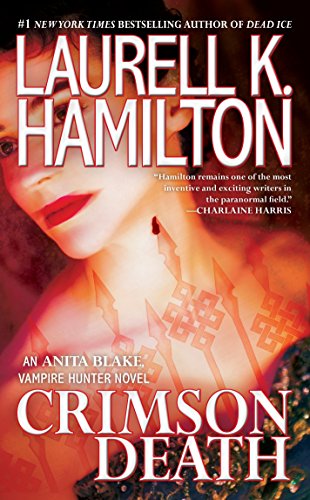