The contents in the album "Dirt" were deeper and darker than most of those that appeared on any other Alice in Chains albums. Allot of heavy topics and strong imagery can embraced in these songs. These topics touched base with mortality, uncomfortable environments, war, escaping hardships, being trapped, drug use and embracing death. The heaviness of "Dirt" collides with the intense, deep and honest lyrics creating Alice in Chains best selling album.

Dirt has gone on to sell over 5 million albums worldwide along with the distribution of the five singles that branched off from the album: Down in a hole, Them bones, Would?, Rooster and Angry chair. The RIAA has now certified "Dirt" as platinum record a total of 4 times. Their Commercial success landed them at number 6 on the billboard 200. The critics considered "Dirt" to be a great success and one of the greatest rock and roll/ hard rock albums of the 1990s. The music video for the single "would?" went on to receive an MTV Music Award in 1993 for best video from a film.

What is your favorite Alice in Chains album?

Track 8 shares the name of the album. It takes all of the feelings and vibes from all of the songs on the album and and cram packs them into a dark and disturbing song from the heart. The track was written by Layne Staley and has been interpreted in different ways. Some say that this song is about Lane talking to his drug addiction face to face, confronting it of the pain its cause him. Others believe this is ballad of the war inside Layne's head, trying to fight off suicidal thoughts, and riding himself of his discomfort in the life that he was living. Ive also have someone explain to me that they analyzed the song as a song of vengeance, where Layne wanted to bring another person down to the low and dark place that they put him in. In any way that you interpret it, the deep and sold emotions are clear from the start.

Would? in regards to Andrew Wood

The last track on the album titled "Would?" originally appeared on the soundtrack to the movie "Singles". The lyrics for the song were written by guitar/vocalist Jerry Cantrell. Jerry had wrote the song concerning Andrew Wood, the late singer of the Seattle rock band Mother Love Bone, who had died of a heroin overdose in 1990. Jerry felt that Andrew was misunderstood and was put down for things that others didn't understand. The main theme of the song is about the ignorance of people passing judgment.

Layne Thomas Staley was born on August 22, 1967. He was the lead vocalist and lyricist on the "Dirt" album along with the rest of the Alice in Chains albums. Layne was found dead on April 5, 2002. He was said to have died of a drug related suicide. Layne's legacy lives on to inspire artists such as Zakk Wylde from Black Label Society, Kirk Hammett of Metallica and Tyler Connolly of Theory of a Deadman, all witch have released songs in tribute to the late Layne Staley. The integrity in Layne's work is not well matched in modern music. He will be forever remembered for his honesty through his suffering, his deep inspiring words and by the lessons that left us to learn from. 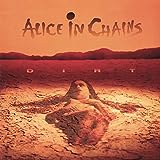