A path to destruction or a stairway to Hell? You decide.

First, an introduction to the movie

This movie has a serious cult following and gets talked about often by most male movie buffs that I am aware of. It is a great drama and it definitely launched Christian Bale's career. He and the supporting cast were excellent together, and the story was well written. Great efforts were made to hide the plot and disguise the real story in this movie. I believe that almost everyone who has watched this, at least likes it. This modern day classic seemed to take the nation by storm with a very unique story and subtle twist.

Where the delusion all falls apart.

What really happened and who Patrick Bateman was.

Ok, prepare yourself for what I have believed since I first saw this. Christian Bale played a young man that went absolutely nuts at one point and had a split personality. He was a total psycho alright, but he didn't kill anyone. That was all a delusion that he believed, of course. Don't worry, I am about to prove every bit of it.

I have to say that he was not Pat Bateman. That was an alter ego and so was Smith. Davis was his real name.

Also, this movie is in the action and drama categories, and is not considered a slasher or to be horror.

Here is the popular novel. 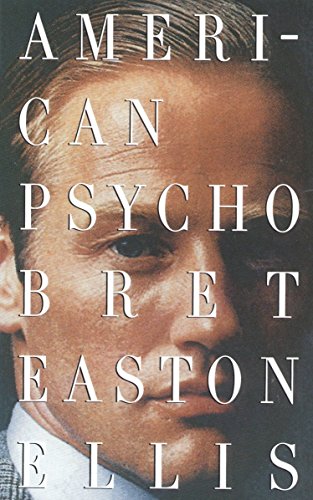 The preview to the nightmare. 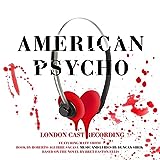 Here is my proof!

The elements of proof are revealed. Feel free to leave a comment below!

1.The land lady-Towards the ending he went to Paul Allen's apt. where he had all of the dead, bloody, bodies that never decomposed, stored. There were no bodies and there was no blood. Why? He never killed Paul Allen and that is why the land lord had no idea what he was talking about. Where were all of the massacred bodies and blood? She just threw it all out?

Also, he dropped the chainsaw how many floors down and hit the moving target perfectly. With his finger off the trigger, how did it keep running.

2. The ATM and Police car incident- So the ATM machine said to feed it a cat when he happened to have a kitten in his hand. Then an older lady yelled at him and he shot her. This is another problem. As soon as he shoots, several cop cars appear immediately. How?

And here is the dead give away! He shoots the cop cars and they blow up. One bullet does that? And he even looks at his gun in complete disbelief. How did this all happen? It didn't, and none of this did!

3. Paul Allen's disappearance- Though the lawyer explained to Bateman that Paul Allen was alive and in London, Bateman was convinced that he did it. He didn't even have dinner with Allen because Bateman was with the suspect and was one of his alibis.

One of his personalities heard that Paul was going to London. So Bateman then imagined that he killed Allen and faked his trip to London.Again, it never happened for real.

He was starting to come apart because he could not keep the other personalities straight. Also in the restaurant when he dumped Reese Witherspoon, he said that he was going to go nuts if he did not start killing people. Right there we have proof that he knew something about this all being a delusion. I don't know how it can be denied anymore. Not unless American movie buffs have gone Psycho too!

Another good theory that I happen to disagree with.

Many other writers believe that Bateman was in Hell. His punishment was going through all of these crazy delusions and never ending confusion. I don't really see it that way though it makes a lot of sense. We do know he isn't killing anyone. He never gets caught and the only person missing, is still alive. Come on, he acted guilty as anyone when talking to Willem Dafoe. he never would have gotten off "scott free".

However, he did have to live with all of these murders, nonetheless.

Tell me what you think!

Cast your vote for American Psycho

Other Psychos to read about and admire!