American folk music: before and after Harry Smith

When Harry Smith's Anthology of American Folk Music appeared in 1952 it upended the entire music industry, among other things. Before then, a few composers and lyricists associated with New York's Tin Pan Alley provided popular songs for the entire nation. To the recording industry, jazz meant mostly the dance bands led by Glenn Miller, Benny Goodman, Tommy Dorsey, and other white band leaders.

At the time, urban white men owned all the recording companies. They had a very narrow worldview. Not only did they adhere to the prevailing attitudes about racial separation, they excluded rural America from their view of popular culture. Besides classical music and the two varieties of popular music they most actively promoted, the industry dismissed everything else as "race" or "hillbilly" records. There was a market they could sell to, but they understood neither the music nor the strange, "alien" people who listened to it.

Smith later traced these two terms back to Ralph Peer of Okeh Records. Like most record companies, its headquarters were in New York. Some time after the First World War, Peer took his recording equipment to Atlanta, where a local record dealer asked him to record two songs by a circus barker called "Fiddling John Carson." Peer agreed when dealer promised to buy a thousand copies. He thought the music sounded so awful that no one else would ever be interested.

Those thousand copies sold out the day they arrived in Atlanta, and the dealer ordered another 15,000 copies. Okeh put the record in its catalog and sold half a million copies nationwide. Peer realized that he had found a new market to exploit. The company's catalog had German, Polish, Swedish, and other foreign records in its catalog, but Peer, afraid to advertise Negro records, invented the terms "race" and "hillbilly."

Traveling singers like Woody Guthrie and scholars like Alan Lomax worked hard to bring folk music to a wide audience. Lomax worked for the Library of Congress to make field recordings of folk musicians. It would probably never have occurred to any of those musicians to try to make commercial recordings.

Other record companies followed Okeh's lead and adopted Peer's new categories. These implied the kind of rigid racial separation that American society took for granted at the time. They did not reflect reality. In fact, on the local level people of different races did interact and did influence each other musically.

Harry Smith and his record collection

Harry Smith (1923-1991) entered the University of Washington as an anthropology major. After his fifth semester, he visited Berkeley, California for a week and it changed his life. He found out about San Francisco's artistic and intellectual community, the music of Woodie Guthrie, and marijuana. He decided to stay there and drop out of college. He started making experimental films and earned an excellent reputation. He made enough money from his films to begin a record collection.

Most record collectors of the time specialized in either classical music or jazz. With so many established collectors going after that music, amassing a significant collection would have been expensive. Smith had very much liked what he heard from Woodie Guthrie. Although he despised the terms "race" records and "hillbilly" records, he made those genres that no one else much cared about the focus of his collection.

Professionally, Smith was both a filmmaker and painter of abstract art. Abstract art became successful and respectable enough that a Museum of Non-Objective Painting (now called the Guggenheim Museum) opened in New York. In 1950 its director saw to it that Smith received a grant from Solomon Guggenheim. Smith decided to relocate permanently to New York, along with a record collection comprising thousands of 78s. Once he got settled, he found himself short of money and decided to sell his collection. He offered it to Moses Asch, owner of Folkway Records.

The Anthology of American Folk Music

Asch, like Smith, cared more about music at the margins of society than trying to find the next blockbuster hit. Folkway Records eventually issued more than 2000 albums of music from all over the world. Not only that, Asch wanted to compile a complete encyclopedia of sound. Therefore the Folkways catalog (of LPs) included spoken word recordings, manmade sounds (like machines and traffic noises), natural sounds (lots of animal sounds as well as wind, rain, waterfalls, etc.), and even sounds from space.

Rather than purchase Smith's entire collection, Asch suggested that he compile an anthology and write scholarly notes to accompany it. Smith had no intention of following the prevailing categories of "race" and "hillbilly" records. Instead, he set about to subvert it. He juxtaposed selections that clearly showed how white and black musicians (and other races as opportunities arose) influenced each other.

He organized each of three volumes differently. All of the songs in the first volume are ballads. Some of them originated in England or Scotland in or even before the eighteenth century. Others commented on then-current events. Some were about major national or international stories, like the sinking of the Titanic or the murder of President McKinley. Many commemorated local stories. Smith ignored all racial, chronological, and geographical considerations to present them thematically.

The second volume, even more subversive, makes musical connections between adjacent pieces. These pieces exhibit a variety of forms, such as African American spirituals and country dances. Not only did this structure practically compel Smith to juxtapose white and black performers, it allowed him to show how they presented similar phrases and musical ideas. Apparently he could not think of a new unifying factor for the third volume, unless an exuberant nihilism counts as a structural principle.

Smith provided important historical notes with the anthology. He carefully traced the evolution of recording technology and explained the origin of the two despised categories. In part, he did so to explain one very severe limitation on what the anthology included.

Although his collection included both very early recordings and very recent ones, the anthology includes nothing recorded before 1927. That's the year that electric recording enabled really accurate reproduction of sound for the first time. It also omits anything recorded after 1932. By that time the Great Depression had greatly reduced record sales and therefore new releases. The kinds of music Smith collected bore the brunt of the cuts. His collection did not give him a broad enough selection that he could use to get a really good cross-section.

Folkway Records issued the Anthology of American Folk Music in 1952. The week of July 9, 1955, Billboard listed "Rock Around the Clock" by Bill Haley and the Comets" as the top song. It stayed on top of the charts for eight weeks and became the best-selling record for the entire year. The rock revolution was on. Haley later commented, "Nobody likes rock and roll but the public." What do those to facts have to do with each other?

Haley, along with other early rockers like Little Richard, Elvis Presley, Chuck Berry, Jerry Lee Lewis, and Carl Perkins, derived their singing styles and instrumentation from the rural music of both black and white music. In other words, it was a combination of "race" and "hillbilly" music. It completely turned its back on more than a century and a half of the kind of "respectable" popular music that began with music from English cities and culminated in Tin Pan Alley.

The music industry fought hard against this new music that threatened to overwhelm their categories for white, urban music and destroy the distinction between its white and black rural categories. That is exactly the outcome Harry Smith envisioned. 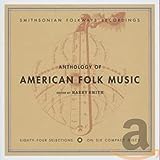 Earlier proponents of folk music like Woodie Guthrie may have had political leanings that the dominant society frowned upon. But as long as his popularity did not threaten Tin Pan Alley, his politics didn't matter. Later folk singers, such as Bob Dylan and Joan Baez, brought pro Civil Rights and anti-war feelings front and center in their music. Some in Congress began to consider all folk music as a tool of various political movements that seemed socialistic and anti-American.

All of these rock and folk musicians knew and respected Harry Smith's Anthology of American Folk Music. Leading folk musicians performed and recorded much of the same music. Could the musical revolution that began in the early 1950s with rock and roll have happened without Harry Smith. Maybe. Maybe not. But it didn't. Harry Smith boosted not only folk music's visibility, but the political coloration it took on.

A brash and eccentric young man of 27, when given the opportunity to create an anthology for folk music for an eccentric but highly successful record company, set about to package and explain folk music in an entirely new way. He wanted to obliterate the apparent division between black and white folk music. He wanted to highlight the racial cooperation he noticed in the process of compiling his collection.

He wanted nothing less than to change America's entire conception of folk music. He succeeded beyond any reasonable expectation. In the process, he helped lay the foundation for a revolutionary new style of popular music, as well as do important spade work for the Civil Rights movement and ultimately the protest movement against the war in Vietnam.

Sources include Music in the USA: A Documentary Companion / ed. by Judith Tick (Oxford University Press, 2008) and Yesterdays: Popular Song in America / by Charles Hamm (Norton, 1979)