An Interview with The Kelly Song Collective

Sunshine likes to make artists shine! Hence, her interview series was born. Contact her for your moment in Sunshine's Spotlight.

Who Are The Kelly Song Collective?

The Kelly Song Collective is a duo consisting of brothers Joe and John. Born and raised in Toronto, Canada these musicians are not only talented but quite witty too.

Read on to learn more about Joe and John...

We’re not exactly the head cases that are the Gallagher brothers, nor the self-important, smug navel gazers inhabiting the music business these days, more like Tupac and Biggie, no, actually...let me get back to you on that.

We are a bit goofy, yet for some reason we write serious songs, but are really regular people. Just recently I gave my butler a couple of days off this month, and John donated a stage worn, autographed John Deere ball cap to a charity auction. So...yeah... regular people.

Is There a Family History of Musicians?

Joe: Dad sang The Mills Brothers and Johnny Cash in the car. Mom loved Frank Sinatra. My father and her met Frank and Don Rickles in a restaurant in Pittsburgh. All time double date.

John: There’s got to be bagpipers in the family tree.

John: Sacrifice one human. Failing that, a couple of pints and crack my knuckles.

Musician That Inspired You?

Who/What Inspired Your Love Of Music?

John: Love it? I just really, REALLY like it.

Joe: Depends, I suppose. I subscribe to the hippie minstrel homegrown model, no suits maaaan! But then again...

John: There’s such a thing?

Do You Play Any Instruments?

Joe: Sure. If it has strings and or frets I’m there. Although, there are some Chinese and Indian instruments that I have yet to grip.

John: Most people would say that I don’t.

Do You Write Your Own Songs?

Joe: Indeed. Round the clock...not a song title by the way.

Do You Write Songs For Other Musicians?

Joe: Does my brother count?

John: Unintentionally. I would do with intention if the right one asked nicely.

Who Is Your Muse?

John: What he said.

Most Famous Musician That You Met?

Joe: Sting. Waited in line over night at a bookstore. It was during his rain forest kick. Then I stayed another night and met the guy who cleans the place.

John: Shane MacGowan. Looked forward to a long game of pool with him. He sewered early.

How Did You Get Started In The Music Business?

Joe: Strapped on a bass, my high school graduation present and played a wedding gig. Still the best paying gig I had ever had.

John: Traded in a hockey stick for a guitar. Play only about as well.

How Long Have You Been In The Music Industry?

Joe: In and out for twenty years.

John: Been trying to crack that nut for twenty years.

Where Do You See Yourself In 5 Years?

John: Joe’s place, holding the Junos and Grammys he can’t.

Advice For An Artist Just Getting Started?

John: Lube up. Grow a thick skin. And throw away the lube.

John: Do what you love, love what you do, and don’t hurt anyone along the way.

Joe: I can’t keep a truce, I get my juice from the flower that you wear on your lapel. John Kelly, Petawawa Blues

Favorite Song That Inspires You?

Joe: ‘Superstition’... Funky, or ‘Girl From The North Country’.

John: Madonna. SkyDome. 1986. Drank beer in the mezzanine while a dozen of my friends rocked out.

Which Artist Would You Want To Collaborate With?

John: Mozart, before he was five.

Most Memorable Moment So Far In Your Career?

Joe: Unless And Until album launch.

What Are Your Thoughts On The Direction Country Music Has Evolved?

Joe: I’m not a real country guy, but like any musician/music lover, I like what I like. There are some good country songs these days and some crap ones. If country music keeps fillin’ the spittoon with quality songs, I’m with it. If not... as it has seemed lately, I’m out.

John: Ditch the cowboy hat and shades and the ball cap while you’re at it. And loosen the jeans. Not enough ballroom. You don’t drive a jeep or a pick-up, you motherfucker. The best country music these days is by the women.

Share A Story About A Song You Are Working On?

Joe: I was driving through a beautiful part of Ontario called Hastings County. It just sounded like a song title to me.

John: Maiden Name. It’s going to be every daddy / daughter song at every wedding from here to eternity. Now, about the royalties…

Which Song That You Have Written Is Most Special To You?

Joe: ‘Josephine’, it’s about my wife. And she knows at least half of the words.

Which Celebrity Would You Want To Portray You In A Movie About Your Life?

You Were Invited To Perform A 'One Night Only' Concert...Where?

Joe: In Egypt among the pyramids... or on the summit of Everest. Seriously.

Ya, Unless And Until, our debut came out in August.

This interview was by far my funnest! The witty personalities of Joe and John shine through their responses. I could only imagine how entertaining a concert would be!

Thank you to Joe and John Kelly! 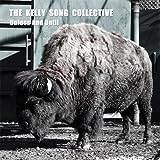