Of David Lynch’s films, Mulholland Drive is one of the most complete, yet still inexplicable. On the surface, it appears accessible to the casual viewer, as everything seems to progress as any other normal movie. The casual viewer waits for all of the unexplained loose ends to be tied up at the end, as any typical movie would do. However, without great analytical thought, the final section of the film seems to throw out the window everything the viewer thought they knew. They are presented with a different character, a series of flashbacks, a surreal sequence of the homeless person and the tiny elderly running out of a paper bag, a suicide, and no explanations. All is not lost, however, because although the film seems strange, a keen viewer can attempt to put together the missing pieces, sort through the many blonde women, and find meaning in the story.

The film makes the most sense if the majority of it is assumed to be a dream. The main character, Diane Selwyn, who in her dream depicts herself as Betty, creates an entire dream world. In reality, she is feeling jealous about her ex-lover, Camilla, who is a far more successful and talented movie star than Diane. Camilla also broke Diane’s heart, as Diane was obsessively in love with Camilla, who was instead getting married to a movie director. So, Diane hires a hit man to kill Camilla, which causes her to feel extreme guilt on top of the already-manifested jealousy. Henceforth, the elaborate dream world comes to be. Although this world is filled with faces familiar to her, she gives them different roles and personalities based on what she wishes would happen in real life. One particularly interesting and somewhat complicated example of this is all of the blonde women. There are four important blonde women in the dream. Betty, the dream’s protagonist, is blonde with a short hairstyle. The woman who becomes Betty’s best friend and lover, Rita, representing Diane’s ex-girlfriend Camilla, is initially brunette. However, after they see dream-Diane dead in Diane’s apartment, Rita is terrified and puts on a short blonde wig to disguise herself. Both dream-Diane and dream-Camilla also have comparable blonde hair. The fact that all of these women have the same hair and look so similar suggests that they are all a part of real-Diane. They are a part of her mind, since they are within her dream, and they also all have at least some of real-Diane’s traits that she is projecting onto them.

Dream-Diane and dream-Camilla are interesting characters to study. Since real-Diane is so unhappy with her life, she wants to be someone completely different. Just having a new identity for herself and her lover isn’t enough; she wants dream-Diane and dream-Camilla to be complete strangers to her. Furthermore, real-Diane has purified both her personality and real-Camilla’s, hence why Betty and Rita are so innocent and naïve. They represent all of the good things that real-Diane wants to keep, while shunning all of the negative parts of the real girls’ personalities onto their dream counterparts. This way, Diane doesn’t have to take responsibility for her or real-Camilla’s shortcomings. She is able to see things through rose-colored glasses that she wishes she had and pretend that she and Rita have a perfect life together. However, by having all of the women look alike, Lynch is not letting the viewer forget that they are all essentially one in the same person.

In one of the most intense scenes of the movie, Betty and Rita walk into Diane’s apartment and accidentally stumble upon her rotting corpse. It is here that the threads of the dream really start to unravel. In a slow, eerie sequence, they sneak into Diane’s room. It is obvious that they can smell something horrible, although we can’t hear them talk. Rather, there is a dramatic track playing in the background. As soon as Rita realizes who the corpse is and starts to yell, a loud knock sounds at the door, and subsequently they run outside. It is easy to overlook, though important to note, that corpse is in the same exact position on the bed that real-Diane will be at during the final scenes of the movie when she kills herself. This scene acts as both a foreshadowing and a forewarning to Betty, or real-Diane, about what may happen to her once her dream is over.

Before long, dreams and reality collide. After Diane wakes up and relives a few memories, the terrifying homeless person puts the infamous blue box in a burning paper bag. The elderly people from the very beginning of the film, who are now small, run out of the paper bag screaming. They chase Diane into her bedroom, where, enveloped in flashing blue lights and overcome with horror at both herself and the situation, she kills herself. Just as in the beginning, a ghostly-lit image of Diane is shown, smiling and looking like her dreams came true. In a haze of more flashing blue lights, the viewer is then taken to the theater where the characters found the key to the blue box. The mysterious woman with blue hair, shown previously in the theater, says “Silencio,” and the screen goes dark. The viewer is left to untangle the intense, surreal twist that the plot has taken.

Perhaps even more amazing than the elaborate plot is Lynch’s ability to nearly perfectly capture the dream-like essence of the film, along with such powerful emotions as guilt and jealousy. This seems to be partly in thanks to Lynch’s surreal style. Even though there were holes in the plot of the dream, he is insinuating that, at least on the surface, the dream itself makes more sense than reality, similar to the old adage, “Truth is stranger than fiction.” In a way, it would seem that Lynch is correct. Oftentimes, dreams make complete sense while the dreamer, or in this case, the viewer, is in them. It is only after one wakes up that they realize that something was missing. In addition, after a compelling dream, visions and themes from the dream can stay with you while going through your life, sometimes just manifesting in your mind and sometimes even taking shape around you. Even though Diane doesn’t live long after waking up from her dream, we are able to see how the dream affects her and follows her into reality.

It is interesting to recall the scene where Betty and Rita find dead dream-Diane. Although it seems that finding her is both foreshadowing and forewarning, this could also have helped cause Diane’s suicide. This vision could have planted the seed in Diane’s mind and “inspired” her by showing her a way out of her horrible situation, which she then decided to take. However, it is a bit of a “chicken or the egg” paradox. Since Diane dreamt the situation before acting and taking her life, the idea must have been somewhere in her mind for it to have appeared in her dream. I would suggest that the idea was in her subconscious. Before Diane went to sleep and had this dream, her subconscious was considering this possibility, unbeknownst to her. After waking up from the dream, finding out that Camilla had been killed, remembering the miserable events that led her up to that point, and then reliving some parts from her dream, she also remembered dream-Diane’s death. In a panicked frenzy and desperate for relief, she drew from the only inspiration she had left and killed herself in the same way. Lynch has recreated the dream within reality, although reality’s version is far more unsettling.

Furthermore, the homeless person, the blue box, the elderly couple, and the blue-haired woman towards the end of this “reality” section of the movie are also pieces of the dream that have followed Diane out of her subconscious and into the real world, her actual living hell. Even though the scene seems surreal, it again is Lynch showing us not only just how well he understands dreams, but also how well he can depict their effects on the dreamer. Some critics assume that the end of the movie, either the whole “reality” part or just from around 2:17:00 onward, is either wholly or partially a dream. However, I would argue that it is not a dream in the subconscious, asleep sense. I believe that it is actual reality, just as Diane sees it. This shouldn’t surprise viewers, as Diane is the protagonist, so we are getting the entire movie from her view, anyway. It is well known that people often perceive things differently based on their experiences, memories, and feelings towards an event, and that which is perceived is that person’s version of reality. Thus, in Diane’s view, these people, objects, and feelings are truly a part of her own reality.

In order to make sense of Diane’s reality, one can deduce that the blue box is a symbol for all of Diane’s grief, jealousy, guilt, and generally negative existence. One major clue to this is that when Rita and Betty opened the box, the falsely happy dream world collapsed. In addition, the blue key, which is associated with the death of Camilla, is the literal and figurative key to this box. Even the homeless person, who is the embodiment of negative things, cannot destroy the blue box. After he tries, the elderly man and woman, who personify the impetus that encouraged Diane to move to Hollywood in the first place, run out from the bag that contained the box. In Diane’s mind, they had unrealistic high hopes for her to succeed, and they caused her to be hopeful, too. They are a reminder of what a terrible disappointment she and her life have been. All of this shame, regret, and terror, coupled with the previously discussed memory of dream-Diane’s death, cause her to kill herself as she is overwhelmed with blue flashing lights, which intensify the symbolism of the blue box. Lastly, the woman with the blue hair in the theater definitively whispers, “Silencio,” which means, “quiet,” in Spanish. The blue lights have finally stopped flashing, everything fades into blackness, and all of Diane’s guilt and wrongdoings can finally be put to rest.

Do you agree with my analysis of "Mulholland Drive"? 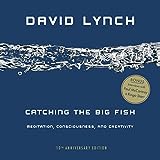