All About Walking Dead's Andrew Lincoln

All About Andrew Lincoln - Rick Grimes from The Walking Dead

Andrew Lincoln is an English, RADA-trained actor playing the heroic, courageous and flawed leader of the zombie-hunters in AMC TV's 'The Walking Dead'

Andrew plays Deputy Sheriff Rick Grimes, a man who has just come out of a coma to discover the world is a very different place - zombies roam the roads and he becomes the man who will lead the survivors as they try to fight the zombies and find a safe haven.

The TV show, 'Walking Dead' is based on the comic of the same name but most fans admit that the show has not followed the comic too closely.

Some have suggested the show should be absolutely true to the comic whilst others are enjoying the fact that the TV version offers more freedom to explore the characters and situations they find themselves in.

Walking Dead's drector Frank Darabont keeps viewers on the edge of their seats constantly and Andrew Lincoln as the lead character in the show, has fans in their millions tuning in for the show's second series which started on October 16th 2011 in the USA.

We all love a flawed hero and he is by no means perfect - he has already been close to death; the press in the U.S. at the moment are wondering how long Rick Grimes can survive- everyone is biting their nails.

Andrew Lincoln is able to become the character he is playing and that is why TV audiences have engaged with Rick Grimes.

Andrew Lincoln: 'It's rather exciting playing a policeman who chops up human beings' ( as quoted on The Guardian.co.uk)

So where did it all start for Andrew Lincoln?

All about Andrew Lincoln

He grew up in Hull, Humberside, England before moving to Bath in Somerset.

He attended the Royal Academy of Dramatic Art and from the start of his professional career has been able to land some excellent roles on stage, TV and in film.

His first big break came in the UK BBC2 series 'This Life' which was first aired in 1996 but had a huge cult following.

His character, Egg, was one of the most popular on the show.

When 'This Life' was repeated on the BBC it had even more viewers but a second series was never made. Most fans think this was probably a good idea - it is very much 'of its time' but well worth seeing on DVD if you get the chance. 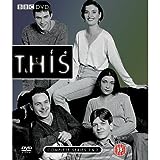 This Life - Complete Series 1 & 2 - 8-DVD Box Set ( This Life - Entire Series One & Two ) [ NON-USA FORMAT, PAL, Reg.2.4 Import - United Kingdom ]
This series was so, so good and they didn't repeat it so it will always be good! Astonishing performances from an ensemble cast.
Buy Now

In 1999, he had a minor role in the UK movie 'Human Traffic' all about club culture, drinking and drugs.

This film represents one of the earliest films of John Simms, a contemporary of Andrew Lincoln's who has also chosen some excellent roles during his career.

Andrew Lincoln had a leading role in Paul McGuigan's Gangster No.1, a film with similarities to Lock, Stock and Two Smoking Barrels.

He had parts in a few other British movies that were not as successful as Gangster No 1, earning enough money to stay in London but he landed the part of Mark in Richard Curtis' 'Love Actually', playing the rather cold best friend to Kiera Knightley's new husband.

Of course, Mark really loves Kiera and this scene(see above) is one of my favourite from the film. Andrew is wonderful in this static scene but so much happens in his expressions.

Love Actually (Widescreen Edition)
Richard Curtis' dedication to love and everything that it means to us all. Andrew Lincoln's Mark has to adore Keira Knightly from afar as she marries his best friend.
Buy Now

In 2001-2003 Andrew joined the British ensemble cast of the Channel 4 TV show, Teachers. The show was an enormous hit, based on the every day difficulties and relationships in an English Comprehensive School(High School in U.S.). It was innovative and honest and one of Channel 4's best shows. It is still on British TV now.

Andrew played teacher, Simon Casey and had a lead role in the show. He even directed an episode of the show in 2001.

Teachers still has an enormous following now though the main protagonists have long gone, replaced with new teachers (just like a real school).

One of Andrew Lincoln's best series, Teachers. His directorial debut came with this show in 2001- he hasn't directed since then. Maybe he might direct an episode of Walking Dead? 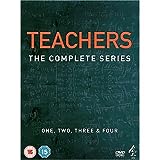 In 2006, Andrew Lincoln did it again - he starred in a major UK TV show, 'Afterlife', also starring the wonderful Lesley Sharp as a woman with a psychic gift.

A bit like 'This Life', 'Afterlife' lasted for one series and was never repeated. Andrew won the Monte Carlo TV Award for Best Actor, Lesley Sharp took the Best Actress Prize.

If up to now his film successes had been few and far between, he showed that he could spot a great TV role a mile off. 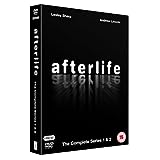 Afterlife: Complete Series 1 & 2 [Regions 2 & 4]
The ultimate paranormal series, scary, tense and wonderful to watch - Andrew Lincoln and Lesley Sharp were both honoured for their acting in this tale of psychic powers.
Buy Now

Andrew also starred in the 2010 production of 'Strike Back', a TV series based on the Chris Ryan bestseller. The show was a moderate success and will return to British screens in 2011.

He has shown again and again his ability to be versatile in the types of roles he plays.

I always thought he would be a big star after seeing him in a British TV production of Wilkie Collins, 'Woman In White'.

He had that certain something which made me think he would make it big sometime during his career.

I am so happy for Andrew Lincoln that he has crossed the pond and found success with 'The Walking Dead'. He works hard to make his characters believable and even in a zombie show, he is turning into the ultimate hero.

Will he become a tragic-hero? Will Rick Grimes survive the zombie apocalypse?

We will have to wait and see. Happy Viewing.

The Woman in White
One of Andrew Lincoln's best shows, The Woman In White,a TV production of the Wilkie Collins novel.
Buy Now