Is It Possible To Get Rid Of Cable For Good 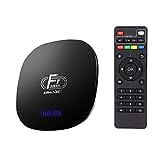 The Android Boxes in themselves are not illegal for all that they do is house a series of apps that enable you to watch or use a variety of apps on your television. From YouTube to Netflix to Crackle to Facebook the Android Box basically turns your television into a smart TV.

Now over the last couple of years I have seen Android boxes for sale on Craigslist and Kijiji for hundreds of dollars promising the ultimate in personal viewing experience. The reality the difference between a three hundred dollar android box and a ninety nine dollar special is minimal.

Some are really fancy and others are pretty basic in appearance. Some may have a ton of memory and others may not. The key here is you do not need a corvette when a versa will do

Now I know what you are thinking. How am I able to get countless shows and movies while being able to say goodbye to my cable bill forever? The answer is Kodi

Kodi is a piece of software that is able to gather streams from a wide variety of sources. Once the list is tabulated it is as simple as picking a stream, sitting back and enjoying the program.

Kodi is where the legal line gets a bit blurry for some people, mostly the billion dollar cable companies who overcharge for programming that the average user only uses a fraction of.their services

How To Set Up Your Android Box

It really does not get much easier for this when it comes to hooking up new electronics. The android box connects to your TV by way of a HDMI cable. Plug the android box in and press the on button. Just find the right HDMI channel and you are off to the races

Getting The Most Out Of Your Android Box

When it comes to running an Android box the faster your internet is the better you are off. While the android will work with a mediocre internet speed it will take forever to stream your television or movie shows and buffering will be an issue.

Another aspect to consider is how much you are allowed to download in a given month, if you do not have unlimited downloads I would strongly advise to upgrade

I have been using a GooBang android box for the last four years with no complaints. Not only is it one of the most affordable android boxes around it is also quality built and programmed. The GooBang may not have all of the bells and whistles of some other pieces of electronics out there but it gets the job done each and every time. The GooBang comes completely programmed so basically you just plug it in and you are off to the races.

A Basic Android Box Run Through

Once you have your android box plugged in all you have to do is go to programs or apps and find the Kodi program. Once Kodi loads up you will then head to the video tab and once you are hovering over it select video add ons. The Kodi program will list a series of inner programs that are able to bring up a series of shows. The one I constantly use is Exodus as it has been the most reliable during the last year or so. If Exodus is not available I will include a video at the bottom of this hub page to show how to install it. Once Exodus is running it is a matter of picking either the TV or movie section. Once you have made your choice just find the search button and input the show that you are looking for. Yes it is that easy

Do You Believe Cable Companies Overcharge