Attending the Musical Play "The Book of Mormon"

The Musical Play of The Book of Mormon

My wife and I attended a performance of "The Book of Mormon" a few nights ago, and we have had numerous discussions since then about the significance of this musical. Is it sacrilegious? Is it a satire of the Mormon faith? Is it irreverent?

It may very well be more than a touch of all of the above, but the play is far more than any of these. Two young Mormon missionaries are sent from Utah to Uganda during the repressive regime of an African dictator the likes of Idi Amin where there is horrid disease, poverty beyond compare, female circumcision, doubts about the humanness of humanity and God's love. Their view of God is that He is the world's greatest trickster up to no good. The only cultural comparison I can think of is in old Jewish proverbs that challenge God going something like this: "If God will only show me one blessing today, I could truly believe. Two blessings would be better."

The Ugandans curse God for all their hardships, and when these two Mormon missionaries appear on the scene, they naturally have a most difficult time relating The Book of Mormon through their preaching. They are asked, "Where does it say in the Book of Mormon that female circumcision is a bad thing to do?" But one of the most eager missionaries becomes so distressed that he points to an imaginary passage in "The Book" that explains that it is indeed a bad thing to do.

However, this Mormon boy suffers from the guilt of inserting statements that are not in The Book of Mormon. He dreams of his going to hell where there are beasts who torture human beings and where (humorously) there are giant cups of Starbucks coffee walking around. Nonetheless, he believes by signing a gripping song "I believe, I believe."

His sincerity gets across to a young African woman who fears an upcoming circumcision and she sings a song that I paraphrase: when life gets shitty, I dream of a paradise called Salt Lake City. She is later told by another African woman that Salt Lake City is a metaphor, not a real place. But eventually a significant number of villagers accept Mormonism on their terms with earthy, vulgar language that is later highly disapproved by the church's bishops who deem this mission in Uganda to be a failure.

What this play meant to us is that the life of any missionary, in extremely difficult places, can be more than a hellish challenge. Such a challenge has to require a certain bit of improvisation and acceptance of what westerners would call local vulgarity of expression and an extremely earthy interpretation of religious faith that deeply involves the Creator and the love and respect for one's fellow human being.

Have you seen "The Book of Mormon"? 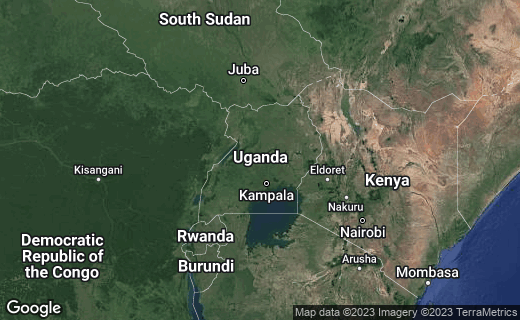