Ayumi Hamasaki has released over ten original albums, each one containing a new era of her music and memorable songs that her fans still sing and rock out with to this day. Due to prolific releasing patterns in Japanese pop music, Hamasaki has released at least one album (or something like it) a year since her debut in 1998.

Hamasaki's debut album was what marked her abilities and launched her into stardom. While many critics point out her lack of vocal control, safe arrangements, and familiar compositions as not making this album all that special, it was her dark and reflective lyrics that allowed fans to flock to her and connect with her music. This album was born from a dark period of Hamasaki's youth, and it is recommended for non-Japanese speakers to look up lyrics translations before writing off this album entirely based on its other merits.

By the release of this album, Hamasaki had already cemented herself as a "somebody" of the J-pop world. This album, however, marks a change from her previous album as she focuses more on an electro-pop sound that launched her slightly further away from the basic pop sound of the time. The second CD features compilation mixes from her first remix album released before this album.

The highest selling album of her career thus far, Duty is the best of Hamasaki's dark side. all the songs on this album are not "dark", per se, (in fact, a couple are quite upbeat and happy), but the atmosphere is one that cannot be contended with. Many fans and critics point to this album as their favorite and the climax of Hamasaki's career.

While "Duty" above is often called the "greatest album", the other "greatest album" heralded is this one. Riding the rave of previous superstar success, I am.... is born from a year's worth of self-discovery as an artist as this album contains plenty of Hamasaki's original compositions for he first time. This album is also noticeably "rockier" from previous albums, although pop, ballad, and even trance all appear at one point or another. The visual concept of the album was originally intended to be different, but after the events of September 11th a couple of months before, Hamasaki decided to go with a concept that supported peace as opposed to over-indulgence.

RAINBOW takes Hamasaki back to more cohesive pop music, with ethereal arrangements and rock only where it enhances the music. It also the first time Hamasaki has used English in her lyrics, noticeably in the tracks "Real me", "Heartplace", and "Over". First pressings included a "00" track that featured a 15 second composition that fans could donate original lyrics to. These were later compiled and written into the titular track "RAINBOW" that appeared on the ballad compilation A BALLADS a couple of months later.

1. Catcher In The Light

Beginning with this album, fans tend to mark a new direction in Hamasaki's music. Established as a pop queen in Japan and across Asia, Hamasaki started infusing more rock in her music while still retaining a lot of the classic ballad and pop sounds that made her famous before. This is also the first full-length album to include a DVD full of promotional videos and their corresponding making-ofs, and also the first album to include multiple covers and designs.

(miss)understood is a hodgepodge of sounds and genres, and showcases the best of Hamasaki having fun with her job. This is the first album to come with an accompanying photobook (two, in fact, depending on which version was purchased) that was shot entirely in America, specifically in and around New York City.

Secret was intended to be Hamasaki's second mini-album, before she wrote lyrics and turned the original instrumentals into full-length songs. Otherwise, it's the normal fair for the direction her career was taking: less "pop", more "rock", and serves as a notable bridge between her previous album and the next.

GUILTY is considered Hamasaki's first "rock" oriented album, even though poppier songs do make an appearance as well. It was preceded by her first all-rock oriented single a few months before, leading up to the direction she intended to take with her music. It is also her first album to not reach number one on the weekly charts, ending her #1 streak that had begun ten years before with A Song for XX.

1. Bridge to the sky

8. Load of the SHUGYO

After GUILTY's rock sound, many fans were surprised to encounter NEXT LEVEL's poppier, even electronic sound. The videos for this album were not only filmed in Japan, but in China and Los Angeles as well. This as the first album to include an extra live CD, featuring recordings from Hamasaki's concert performed just a few months before, and it is ALSO the first album to be released on USB format.

Although the album's title suggests otherwise, it contains many downtempo and ballad-y songs as opposed to the couple of strumming rock tunes. All of the album-track videos, and many of the album tracks themselves, were shot/recorded in London. The special box set included a copy of Hamasaki's 2009 tour which was released the same day.

This mid-tempo ballad-heavy album keeps true to its album title by being mostly love songs. The singles leading up to its release were part of her "50th Singles Project", celebrating Hamasaki's 50th single "L". Right after the release of this album Hamasaki announced that she had married music video castmate Manuel Schwarz, emphasizing the meaning behind the album's lyrical and visual content.

14. how beautiful you are

4. how beautiful you are

8. how beautiful you are (Making Off-Shot)

"Party Queen" is Hamasaki's 13th album (as marketed on the covers) and her first release since 2008's "GUILTY" to not make #1 on the Oricon charts. Not only did it come in at #2, but it's also her first album to not sell at least 100k copies in its first week (it's also her first to not have any pre-released singles). The album is conceptual and tells the story of a "party queen" who goes from drinking and partying every day until falling from grace and subsequently picking herself up again with a new found love for life. The album features real-life content drawing from the 2011 Great Tohoku Earthquake and Hamasaki's divorce from her husband after one year. Most of the album and its corresponding videos were produced in London. 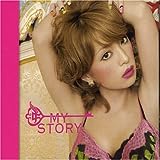 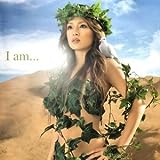 I Am
Buy Now